The energy aspects of menopause are of special interest to me. As a long-time student of yoga, I was struck by the many similarities between menopausal symptoms and the well-known esoteric goal of "awakening of the kundalini." Though the ideas presented in this section may seem strange or difficult to comprehend, they contain powerful messages about menopause which lie at the heart of the Wise Woman approach.

"Kundalini [is] the root [of] all spiritual experiences …" [1] Kundalini is a special kind of energy known in many cultures, including Tibetan, Indian, Sumerian, Chinese, Irish, Aztec, and Greek. Kundalini is said to be hot, fast, powerful, and large. It exists within the earth, within all life, and within each person. Psychoanalyst Carl G. Jung called kundalini anima. Kundalini is usually represented as a serpent coiled at the base of the spine, but women's mystery stories locate it in the uterus - or the area where the uterus was, if a hysterectomy has occurred. During both puberty and menopause, a woman's kundalini is difficult to control and may cause a great number of symptoms.

East Indian yogis spend lifetimes learning to activate, or wake up, their kundalini. This is also called "achieving enlightenment." When they succeed, a surge of super-heated energy goes up the spine, throughout the nerves, dilating blood vessels, and fueling itself with hormones. As kundalini continues to travel up the spine, it changes the functioning of the endocrine, cardiovascular, and nervous systems. Not just in yogis, but in any woman who allows herself to become aware of it. Menopause is a kind of enlightenment. Hot flashes are kundalini training sessions.

To understand the awakening of kundalini during menopause, it is necessary to look at its effects on us throughout our lives. Before puberty, kundalini is primarily outside the body. As puberty commences, a two-valved energy "gate" (imaginary opening) in the "root chakra" opens, and kundalini circulates up from the earth and into the root chakra. This allows kundalini to build up in the uterus and pelvic tissues until it is released, usually during menstruation. As much as ten days before bleeding commences, the stored kundalini can intensify emotions and sensations, expose powerful feelings, trigger creative outpourings, and generate a house-cleaning frenzy. If pregnancy occurs, kundalini is retained for the duration of the pregnancy and is used in the act of birth.

At menopause, one "valve" of the gate closes. The open valve allows kundalini to enter; the closed one prevents it from leaving. Now kundalini, unable to return to earth, builds up in the pelvic tissues leading some women to say that menopause is PMS that never stops. If this intense energy collects in the uterus for too many weeks, cramps and flooding may accompany the delayed menses. If it sits in the pelvis for many years, it can dry out the vagina, erode the integrity of the hips, contribute to bladder weakness, and depress sexual desire.

But if the kundalini is guided (by thought or by hot flashes, for instance) up the spine, then it confers enlightenment, not incontinence. But not all at once. As the kundalini rises, it must pass through six more energy gates/chakras. At each gate, symptoms relating to the chakra may occur. As may shamanic abilities that could cause the menopausal woman (or her family and friends) to think that she is going crazy. She has never been more sane. "After kundalini awakes it becomes impossible to continue believing that external reality is the sole reality." [2] No wonder old women are honored and feared throughout the world! [3] If the energy centers triggered by kundalini are resistant to being activated, symptoms may get worse instead of remising. Menstrual pain, bloating, indigestion, heart palpitations, thyroid malfunctions, headaches, and memory loss are all associated with resistance to the passage of kundalini. 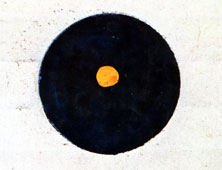 When menopausal symptoms are understood as energy movement (or lack of it), women feel more at ease. Instead of feeling victimized by her body, the menopausal woman can use her symptoms as a way to pinpoint areas that need special nourishment. Quiet time alone in nature, or sitting in a comfortable chair listening to soothing music allows thoughts and feelings to arise and opens the way for the flow of kundalini. Specific exercises, such as those offered by energy-worker Barbara Brennan [4], can also be used to help ease into the increased energy flow. When at last kundalini moves freely up the spine and out the crown, symptoms subside, and overall energy increases.

This meditation, from Susun Weed's book "New Menopausal Years the Wise Woman Way", is specifically for menopausal women who are experienceing hot flashes and is best done after you have already had several hot flashes. This meditation helps you become more aware of your feelings and sensations during hot flashes.
Sit or lie down in a private, safe space (bathtub is fine). Bring all your attention to your breath. As you breathe out, imagine waves flowing out of you with your breath. Breathe out waves of water, of energy, of color, of sound. Allow these waves to flow out of you. Notice where you are tensing, pushing, trying to make the waves happen. And let go, let the waves flow out easily with your breath. Feel the gentle pulsations of the waves deep inside yourself. Feel every cell of your being pulsing peacefully and joyfully with these waves.

When you are ready, begin to draw in red vibrations with your inhalation. Envision yourself filling up with glowing, sparkling, swirling, hot, steaming red. Feel fast spirals of red boiling inside; feel slow vortices of red churning inside. Then breathe out and feel the red flowing out of you in waves. Dissolve into the waves as you breathe out.

With each inhalation, increase the intensity, sharpen the sensation of red: let it be hotter, richer, deeper, more vivid, more consuming. Inhale sun-ripened tomato flesh, sweet cherry juice dribbling down your chin, a sudden flush of menstrual blood blossoming on your clothes. Inhale the seething red sun as it sets into a heaving red sea. Inhale the essence of red roses. Inhale the color of strawberries, the scent of raspberries, the sensation of red satin. Inhale red. Then breathe it all out. Pause. Feel the emptiness.

Exhale strongly. Make a noise. Pause. Inhale bright red and say or yell: "I." Exhale loudly. Pause. Inhale red; say/yell: "am." Again, exhale with a noise, pause, inhale red. Say/ yell: "enraged." (You can put a pillow or towel on your face and yell into it.)

Breathe slowly and consciously for three breaths. Let the air you breathe be crystalline: clear, sharp, compelling. Let your third inhalation be deeply nourishing, your third exhalation completely freeing. Pay special attention to the energy in your root chakra (lower pelvis). When you are ready, open your eyes. Get up. Stretch. Record your impressions in words or colors.

(Reprinted with the author's kind permission.)

If you liked this excerpt by Susun S. Weed, you will want "New Menopausal Years the Wise Woman Way" available from Ash Tree Publishing.

SusunWeed, green witch and wise woman, is an extraordinary teacher with a joyous spirit, a powerful presence, and an encyclopedic knowledge of herbs and health. She is the voice of the Wise Woman Way, where common weeds, simple ceremony, and compassionate listening support and nourish health/wholeness/holiness. She has opened hearts to the magic and medicine of the green nations for three decades. Ms. Weed's four herbal medicine books focus on women's health topics including: menopause, childbearing, and breast health. Visit her website  for information on her workshops, apprenticeships, correspondence courses and more! Browse the publishing site Ash Tree Publishing to learn more about her alternative health books. Venture into the NEW Menopause site to learn all about the Menopausal Years the Wise Woman Way

Satya Center Founder's Note on Kundalini: For more information about the ancient practice of awakening the kundalini, please use guidance & check out the Dhyanyogi Center to learn about Kundalini Maha Yoga.