The Nature of Love, Both Earthly and Divine 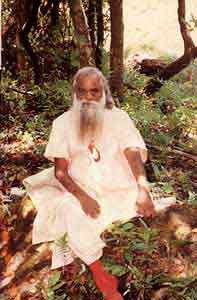 Once upon a time, a famous Rishi, an enlightened teacher of royalty and seer into spiritual realms beyond the ken of other mortal men, was on his way through the forest to see Brahman, at the invitation of the Most High One. The world was in turmoil, because the great cycles of the stars corresponding to the turning of the Earthly ages now signaled a time of cleansing, testing and cultural transformation.

Wars wracked the great cities of the South Asian sub-continent, floods and famines tormented honest farmers, and demonic forces beset the holy renunciants, called sadhus, who inhabited the depths of the jungles and the remote caves on hidden mountain peaks.

Fear and conflict filled the hearts and minds of many on the spiritual path, among the counsellors in the palaces of kings, and among the merchants on their trading journeys, traveling by sea and land. Brahman had asked the great Rishi to visit him because it was time for a new, enlightened teacher to appear, to offer the people strength, and joy and faith and trust.

As the Rishi wound his way through the banyan trees he came upon a startling sight. There in front of him was a sadhu, a renunciant, who was sitting and meditating with his mala beads, a couple of his favorite sacred manuscripts on the grass beside him in front of a ceremonial firepit used for conducting pujas, or offerings to the deities, who correspond to our deepest inner powers of mind, body and soul, and to the forces of nature that shape our Universe. 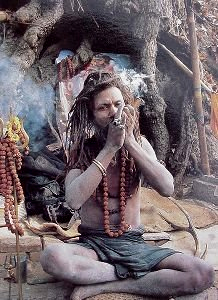 The sadhu was covered in ashes and so skinny from fasting that you could see the outline of his skeleton through his flesh. The Rishi clearly saw with his clairvoyant vision that the sadhu was surrounded by a halo of Universal Life Force Energy — the sadhu was on fire with his own inner experience of Union with the Divine.

The sadhu’s eyes opened and he immediately recognized his famous visitor. “Oh, Master,” he cried, “give me your blessing! Where are you going on this lonely trail, so  far from human habitation?”

The Rishi gave the renunicant his blessing and said, “I am on my way to see Brahman, at his invitation, because the High One wishes to acknowledge my faithful devotion and offers me many boons. What can I do for you? Is there anything I can ask the Most High on your behalf?”

“Oh, yes,” replied the sadhu. “I have sat here in this remote location, alone, in meditation and prayer, making continuous offerings to the Divine, for twenty years in the hope of liberation from this world of suffering. Could you ask Brahman on my behalf when I will achieve the final goal? I long to be released from the wheel of incarnation and re-incarnation.”

“Certainly,” replied the Rishi, and went on his way.

As he traveled further along his path, he came upon an even more unlikely character. A young unbearded man with festive garb, perhaps twenty-five years old, old enough to be a householder or a man of responsibility in the outer world, was dancing, under a large pipal tree, yet there was no music. 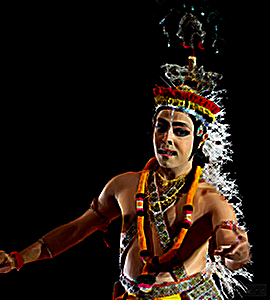 “Young man,” the Rishi called out, “what are you doing so far from human habitation?”

“I have come here to enjoy the birdsong,” replied the young man. “And the birds make me dance, and so I dance — but now the birds have gone and I cannot stop.” He laughed uproariously.

“Here we have an unadulterated dimwit — a true fool,” the Rishi thought to himself. And he recalled his vow to offer compassionate service to all sentient beings and to share in the boons he had earned through many many lifetimes of spiritual mastery and selfless service. “Well, good day to you. I am on my way to see Brahman, at his invitation, because the High One wishes to acknowledge my faithful devotion and offers me many boons. What can I do for you? Is there anything I can ask the Most High on your behalf? Perhaps you would like to know how long it will be until you achieve spiritual enlightenment and liberation? All men seek this knowledge but only those who have attained much through great suffering are allowed the answer.”

“That would be great!” the fool replied, and resumed his dancing.

The Rishi shook his head and continued on his way.

After his audience with Brahman, during which the Rishi received many personal boons, such as a cloak of invisibility, and other gifts that would enable him to heal, to see visions of the future, and to find water for thirsty villages and farms, the Rishi turned homeward.

Passing through the same jungle as before, he took a slightly different route, and came upon the sadhu he had seen before.

The sadhu was sitting on an anthill, covered with angry red insects, his skin a carpet of welts. He held his malas in his hand as he recited japa, voicing inwardly the name of the Lord again and again.

“Oh great Rishi, you who have achieved much, have you returned with the answer to my question?” “Yes, I bring you good news, my ascetic brother. Brahman knows you intimately and he told me to tell you that your penance will bear fruit if you have patience. You must continue spiritual efforts, redouble them in fact, and you can achieve total liberation in only ten lifetimes! This is a mere fraction of a Cosmic Day, a fleeting moment in the life of your own soul’s development. Congratulations!”

The sadhu leaped up from his anthill, threw his malas on the ground, which is a great sacrilege, picked up his sacred manuscripts, and thrust them into the fire, as he ranted, “This is the fruit of my labors? Brahman mocks me after all my suffering?! Surely I am on the very brink of attainment, surely I am but one turn in the road from the mountaintop, surely I am in the royal antechamber of the Most High Ones,  and not some lowly novice, some apprentice who can be so easily dismissed! There is no justice in this world of Brahman, no sweetness, no light! I know only that I am right to seek escape, and even that is now denied me!”

“Your anger betrays your undeveloped heart,” the Rishi replied. “Be thankful that Brahman has not sought to punish you for your secret sins of arrogance and despair and your betrayal of human kind, in seeking your personal salvation instead of seeking to be of service to others less fortunate than yourself.”

The sadhu made as if to rush the Rishi with arms raised to strike, but that wise one had already enshrouded his form in a cloud of invisibility and continued on his way unharmed.

A little later, the Rishi encountered the Fool, who continued to dance, and was singing a silly song to the trees that sheltered him from the sweltering sun, extolling their natural beauty and comparing that beauty unfavorably to the transcendent charms of a passing milkmaid with whom he had fallen in love that very morning.

“Welcome wise one,” said the Fool, stopping his dance for the moment, and bowing to his visitor.

“Blessings upon you,” replied the Rishi. “I bring you bad news from the Throne of the Most High. Brahman says that your undeveloped soul must reincarnate one thousand times upon this Earth before you can possibly achieve final liberation.”

“Oh, thank the merciful hand of Brahman,” exclaimed the Fool. “I love the dance, the trees, the sun, my life, and my love, the milkmaid of whom I sing this morning! I can think of no greater blessing than to be allowed to return again and again to this world, to my beloved forest, and to the love of my life.”

The Fool was suddenly transfigured before the startled eyes of the Rishi, his body surrounded by a golden light. Rose petals and lotus blossoms descended from heavenly realms, raining upon the Fool’s head, as he again began to dance, faster and faster. 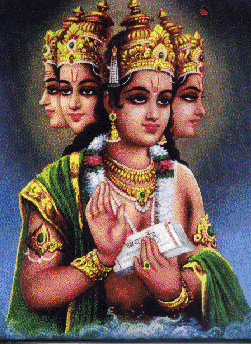 In that moment, the Fool achieved total liberation. Brahman appeared in the sky above the forest canopy, and said, "Behold, the power of love is both earthly and divine. Love is indeed the universal medicine, the most powerful of all gemstones, the key to unlock every door. Know now, forest dancer, that your faith and trust in the Divine and your open heart have achieved for you the final goal of all spiritual practice and all life on Earth -- liberation from bondage to the Great Wheel of Karma and Reincarnation. You may now choose for yourself at the end of this lifetime whether you wish to enter into eternal union with the formless Absolute in constant Bliss, or return to Earth as a Teacher of the path of Love, to help your brothers and sisters to attain their spiritual dreams and goals."

"I choose Life, and eternal Love," the Fool said, and the realm of the Gods echoed with joyous shouts of celebration, for the awakening of an Enlightened Teacher on the Path of Love inaugurates a lengthy festival in the Divine Realms. "I shall return again and again to this forest, my home, where Love dwells, and open my heart to all humanity, until all my brothers and sisters attain the final goal!" The Fool bowed low to Brahman, and touched his forehead to the ground.

The Rishi also dropped to his knees and extened his arms in front of his body, touching his forehead to the ground in reverent respect.

“From this moment on,” the Rishi said to the Divine Fool, “I am your student. Come with me to the palace and together we will live the life of famous Brahmins.”

“I would enjoy visiting your home,” the Fool said, “because I like you, and I’m sure it would be nice to meet your friends. But first, let us go and find the love of my life, for I must share this tremendous joy I feel with her. When I first met Satya we both immediately saw ourselves in past incarnations, and relived our love as we shared visions of what we had shared. But at that time I was unhappy and depressed and prone to bouts of sudden anger. Satya felt compassion for my plight, and unlocked my hard heart with the key of her loving intent."

Now on hearing your news, and knowing that we will be together for many incarnations to come, my heart is overflowing with love and I must share it with her, and with you and all those you know.” 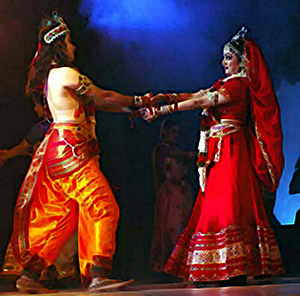 Together the two Wise Ones set out to find the milkmaid, and she became a famous student of the Rishi in later years. The milkmaid and the Fool eventually opened an ashram in a small garden near the seashore, and it became a magnet for spiritual seekers from the royal court, from faraway foreign lands, and even for visitors from the Heavenly Realms, who came to refresh themselves in the unique and irreplaceable aura and aroma of unconditional human love and balanced sexual affinity, for this rare form of human love is the most delectable food of devas, heavenly minstrels, nature spirits and all deities, most beloved by Brahman, Vishnu, Shiva, and their wives, Saraswati, Laxmi and Paravati, of any sustenance in the entire Universe.

Although the time of turmoil and testing continued throughout the land, love grew in the hearts of those who followed the path of the Lovers, and that love slowly grew, like a tiny mustard seed grows into a mighty shade tree, and the subtle, energizing influence of the Lovers in their seaside garden home kept hope alive in the hearts of the people.