First Published in The Nation magazine 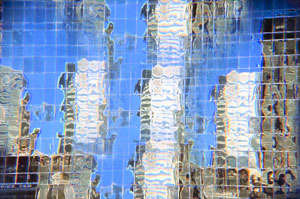 In a new and ironic twist to the never‑ending $500 billion S&L industry bailout, the same unscrupulous real estate developers and high‑flying financiers who built low‑quality, see‑through office buildings and unneeded condos across the country are now poised to buy foreclosed properties from the government at fire‑sale prices.

The Resolution Trust Corporation "will inevitably get scammed," charges Stephen Pizzo, co‑author of Inside Job: The Looting of America's Savings and Loans. "These very adroit con artists.. . are looking at the R.T.C. and saying, first of all, we created these real estate developments. Why not just go in (and buy them]?"

The average taxpayer, who is going to be soaked for several thousand dollars over the next forty years as a result of this deregulation fiasco, will be shocked but perhaps not surprised to discover that the federal bailout bureaucracy has no system in place to determine whether individuals seeking to purchase R.T.C. properties were responsible for creating substantial losses to taxpayers, or whether such buyers and their agents have been named in federal, state or local lawsuits as alleged white‑collar criminals.

"We are concerned about this problem and will investigate this issue thoroughly in the near future," says Nancy Schertzing, public information officer of the R.T.C. in Washington. There are some simple steps that could be taken immediately by the R.T.C. Each of the country's ninety‑four federal district courts has a computerized database of all people charged with federal crimes in its jurisdiction and all named parties in federal lawsuits. That Information could be distributed to each of the bank districts to enable the R.T.C. to examine the record of prospective purchasers and their agents.

If the R.T.C. had had such a system in place, it might have refused to accept bids from individuals such as Joe Russo, a former owner of Ameriway Savings in Houston, which failed this year at a cost to taxpayers of an estimated $173.4 million. This did not prevent him from bidding on a $3.8 million four‑acre tract, next to the Houstonian hotel complex, being sold by the R.T.C. for the failed United Savings Association. The Houstonian is President Bush's Houston home away from home, and Russo is the hotel's owner.

Press accounts failed to mention that Russo has been named in federal lawsuits seeking to recover damages from former owners of two Texas S&Ls‑Lamar Savings and Sunbelt Savings of Dallas‑which failed at a cost to taxpayers of some S3 billion. Russo is named in those lawsuits as a co‑conspirator who received more than $60 million in loans from two high‑flying S&Ls in return for helping them conceal their insolvency from federal regulators.

Another former high flyer trying to purchase R.T.C. properties is Charles Knapp, notorious for his role in the fall of the $30 billion Financial Corporation of America, which operated American Savings in California. F.C.A.'s failure will cost taxpayers at least $2 billion. According to Paul Muolo, co‑author of Inside Job, in 1988 Knapp formed an Austin‑based company, Trafalgar Interests of Texas Inc., to help S&Ls sell their foreclosed real estate and to buy the foreclosed real estate from troubled S&Ls.

David Greenberg, president of Greenberg and Company in Houston, allegedly borrowed some $44 million from banks and failed S&Ls in the area to finance real estate development projects, using false income projections based on lease contracts signed by prospective "tenants" who were really shell companies owned by Greenberg relatives and associates, according to Edmund Pankau, chair of Houston's Intertect Inc., a private investigation firm specializing in white‑collar crime. "Now Greenberg is one of the players trying to acquire property of failed S&Ls from the R.T.C.," charges Pankau. In a telephone interview, Greenberg acknowledged that he is acting as agent for several "out‑of-town investors" who are bidding on R.T.C. properties held by various failed S&Ls in Houston, that he has bought one shopping center from the R.T.C. and that he has a "hard commitment" to buy three more from the government.

Russo, Knapp and Greenberg are only three examples from two states. All across America, white‑collar con artists with similar histories are waiting, ready to pounce on low‑priced R.T.C. properties.