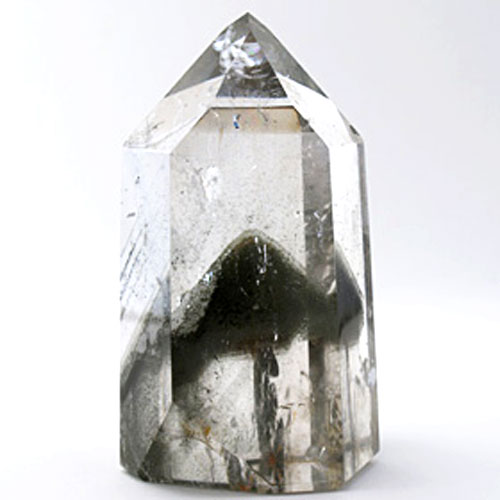 Perhaps the pocket was later resaturated, triggering another stage of crystal growth.
If the crystal's growth then resumes, over long cycles of crystalline growth, the dusting of alien minerals covering the crystal's original termination faces, is incorporated into a much larger quartz crystal than the original.