This beautiful water clear quartz crystal Angelic Star pendant with Siberian Blue Quartz capstone is of exceptional quality, both in the cut of the stone and in the simple silver band setting which allows the stone to breath and function at its highest vibration. This pendant comes with a simple sterling silver chain which will sit upon the thymus, between the throat and the heart chakras, where it will be of most beneficial resonance. 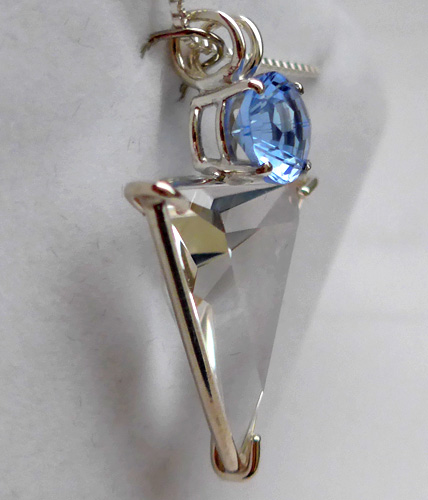 This lab quartz is grown in Russia and according to the jeweler who created it, it enhances psychic insight and development. Siberian Blue Quartz enhances our ability to articulate the guidance we receive when we connect with Higher Mind and the Divine World. This pendant will be a great tool for meditation and any subtle energy work. This piece can also be used for psychic protection as well as assisting us in speaking our Truth connected to our Divine Purpose. 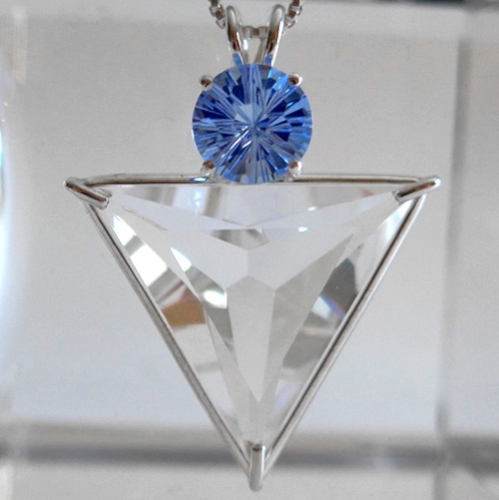 Note: weight above is shipping weight. Actual Average Weight is .25 oz. Each piece is unique and may vary slightly in appearance and color. Each piece is guaranteed to be beautiful and to meet with your complete satisfaction!