This beautiful and elegant Water Clear Flower of Life Pendant is a faceted cut from the Tools of Evolution Line of Jewelry, cut in the style of Marcel Vogel.

It is a unique flower-like 12 pointed star in a sterling silver setting which shows its luminous quality and allows the stone to breathe. It is on a simple sterling silver chain which allows it to hang freely right at the thymus between the throat and the heart chakras and comes in a velvet pendant box. 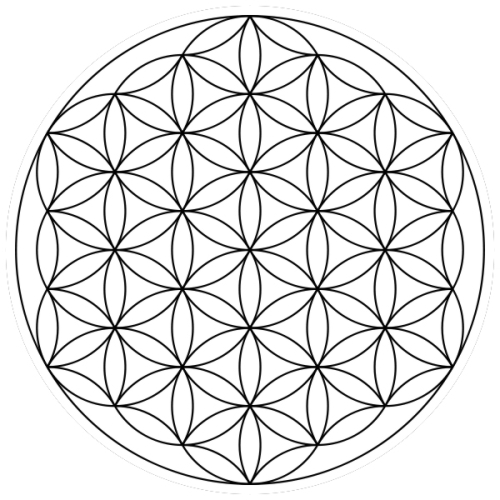 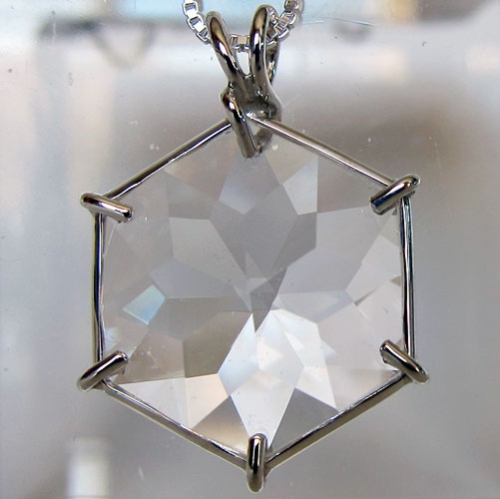