This rare, large, 14.1 ounce, 3.85 inch long Skeletal Smoky Elestial Quartz Crystal Cluster from Brazil is a remarkable centerpiece for your altar, living room table or desktop, yet is still easy to hold in the hand during meditation or energy treatments. This museum quality piece glitters and sparkles with reflections both within the facets and also on the surface. This stunning crystal cluster is wide, with multiple turreted points on top and bottom. 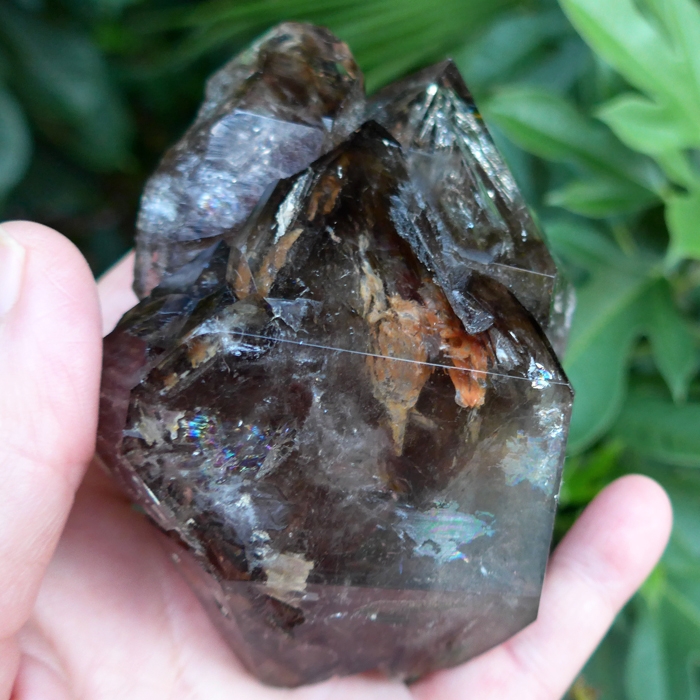 Skeletal quartz is also known as Jacare Quartz and can be identified by the unique internal and external features created by unstable geological conditions during a lengthy period of crystallization.

Elestial crystals exhibit unique and unusual growth interference formations both internally and externally, created by continuously changing conditions within the crystal's environment over long periods of geological time, so the crystal's formation was often interrupted and new elements added over time.

Elestial crystals display multiple termination tips which often appear like a cluster of turrets on the exterior of a larger crystal point.

Metaphysically, elestial crystals function as "library crystals", providing access to information acquired during the long geologic ages of the crystal's formation, including metaphysical information gathered during this period of crystalline growth. 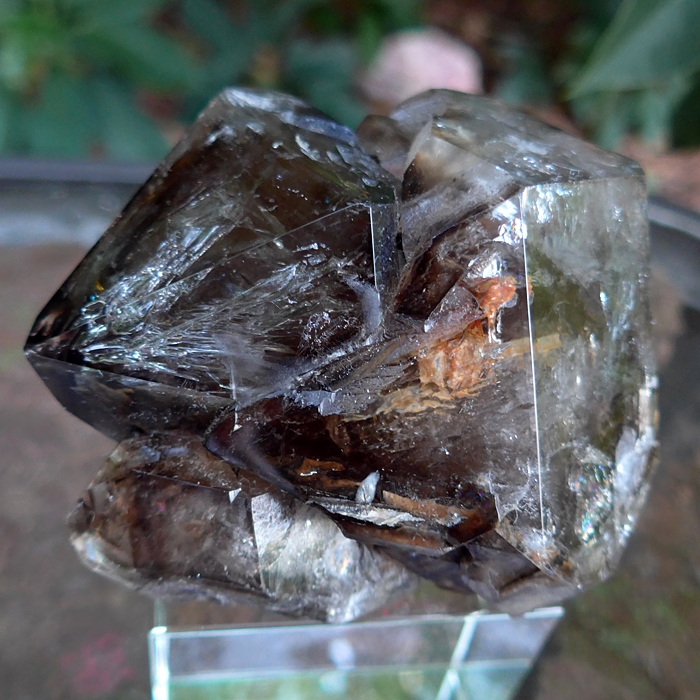 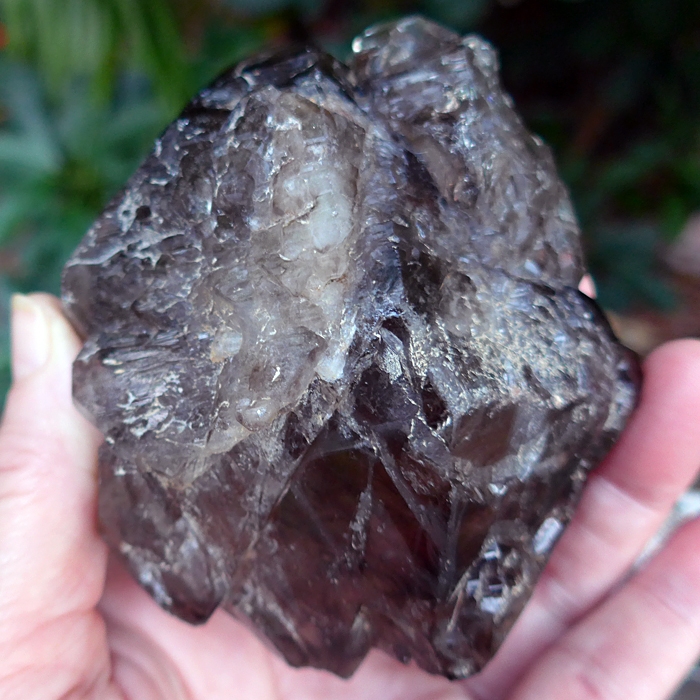 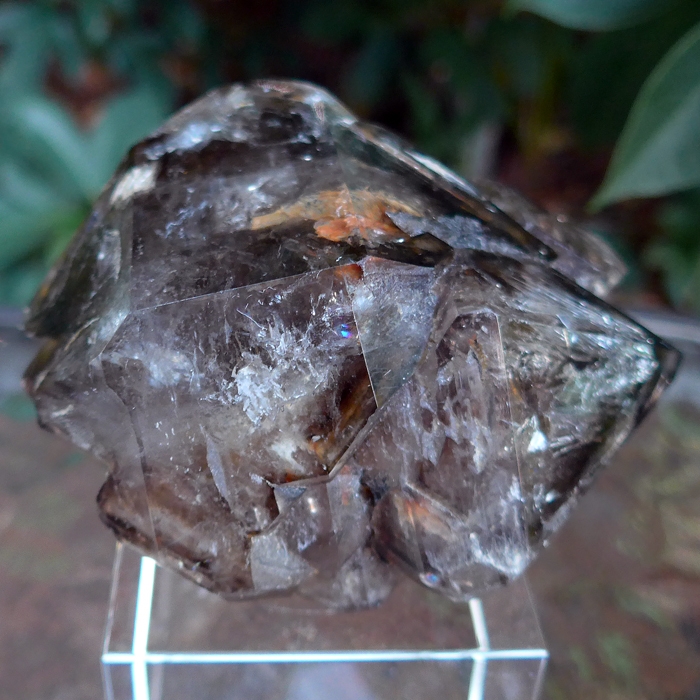 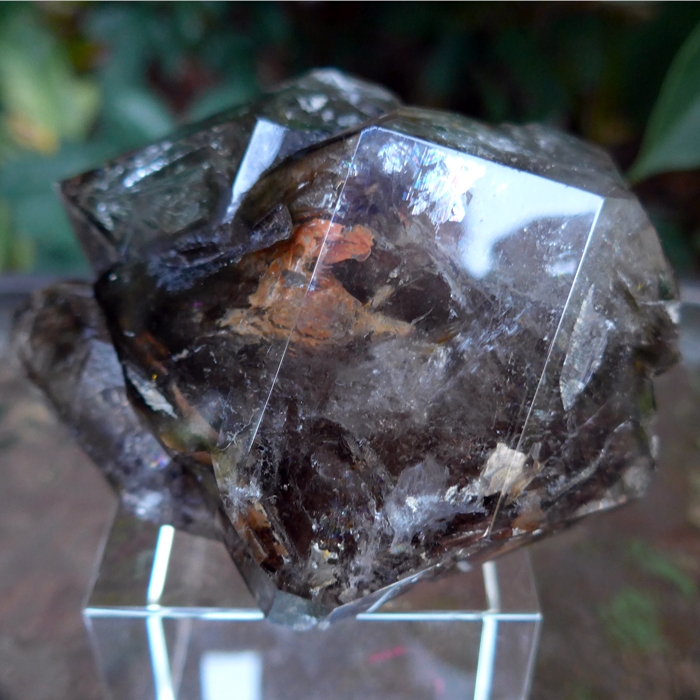