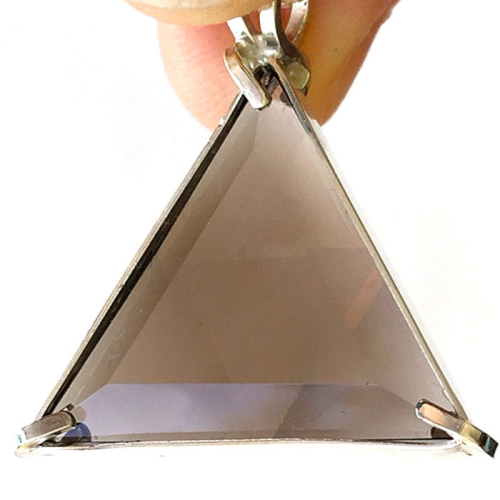 This beautiful translucent Smoky Quartz Vogel-cut, Star of David crystal pendant is of exceptional quality, both in the magnificent cut & color of the stone and in the simple silver band setting which allows the stone to breathe and function at its highest vibration. This piece has tremendous clarity! This pendant comes with a simple sterling silver chain which will sit upon the thymus, between the throat and the heart chakras, where it will be of most beneficial resonance. 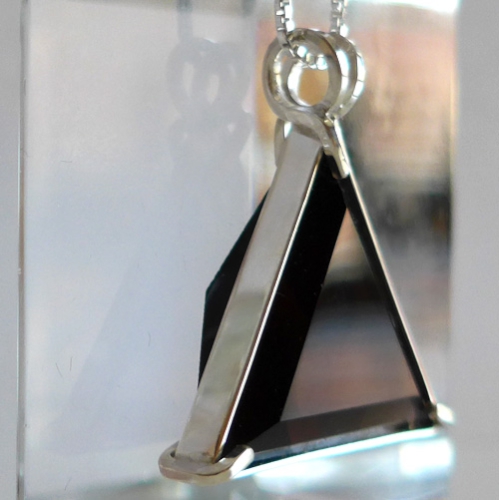 This beautiful Smoky Quartz Star of David Vogel cut pendant is an excellent crystal to wear while meditating or to simply add beauty to your day. Very translucent, you can see the saturated color in the side views here on this page. 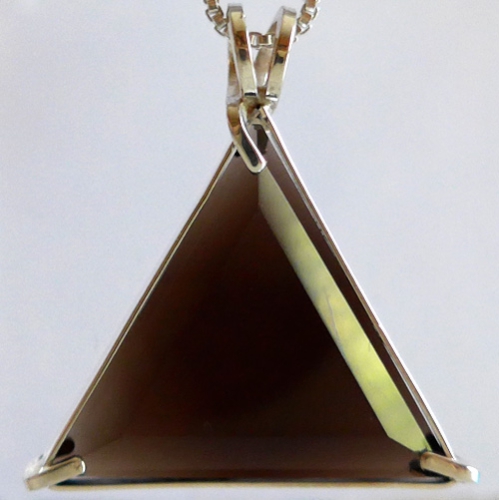 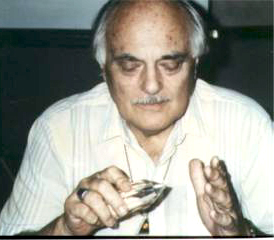 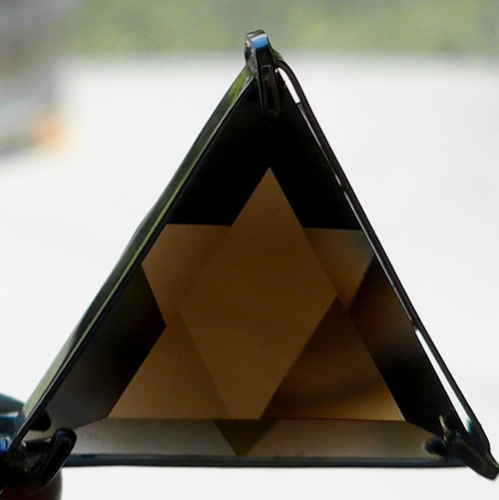 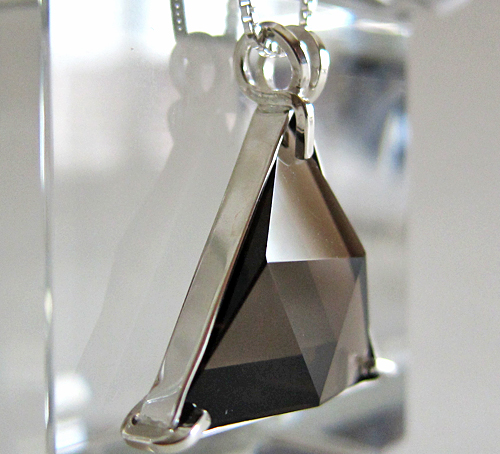 Mineralogists say there may be more than one cause for the gray to brown to black color range of this very popular form of quartz crystal, ranging from sodium to other minerals in the crystal. According to Melody ("Love is in the Earth"), smoky quartz is produced by the presence of sodium in clear crystal, facilitating the regulation of fluids in the body, acting much like a mineral supplement bringing mineral equilibrium. 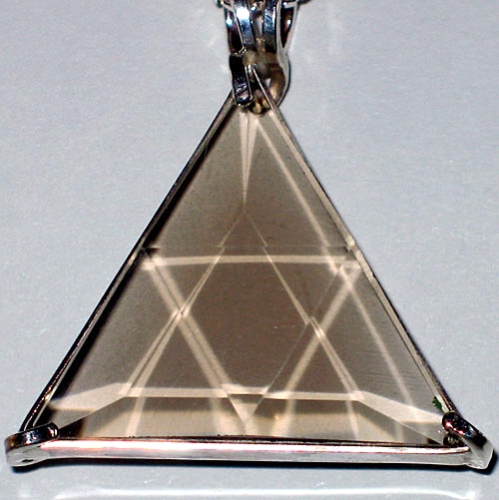 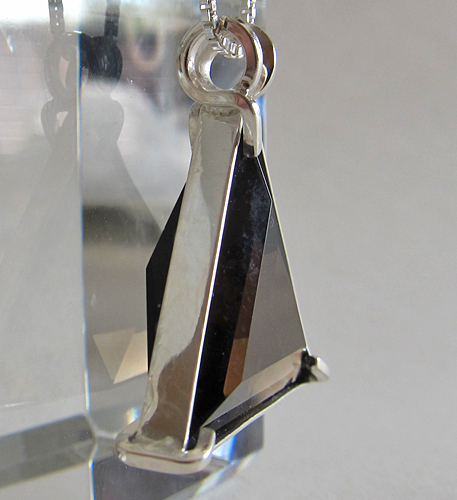 Note: Each crystal is unique & may vary slightly in appearance and color. Some are darker than others. Each pendant is guaranteed to be beautiful and to meet with your complete satisfaction! Above weight is shipping weight . Actual Weight: .30 oz. including chain.