This gorgeous, energetically powerful Smoky Quartz Magician Stone is crowned with a round Tibetan Green Obsidian gemstone. Tibetan Green Obsidian comes from the banks of the Yarlung Zangbo River. The Zangbo is the highest altitude major river in the world, originating in the Tamlung Tso Lake in Western Tibet, southeast of Mount Kailash, one of the most sacred sites on Planet Earth.

This Smoky Quartz and Tibetan Green Obsidian Magician Stone pendant comes complete with its own sterling silver chain in a velvet jewelry box for safe-keeping. 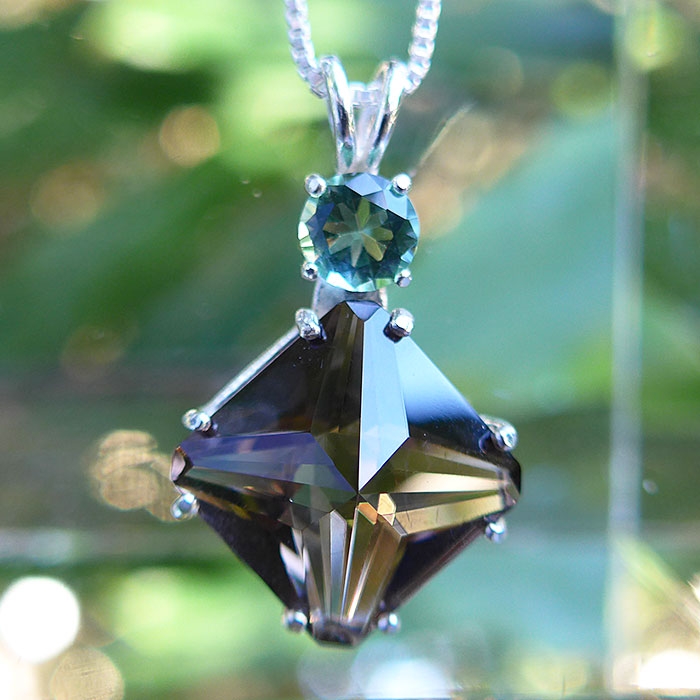 This beautiful, extremely rare Tibetan Green Obsidian gemstone imparts the unique energy signature of the High Himalayas. Jane and I feel a taste of that "peace that passeth understanding" when meditating with this Green Obsidian, and we feel that there is a reason this particular stone has recently come onto the world markets -- because Lightworkers, meditators and healers definitely need the specific vibrations imparted by this remarkable stone.

The combination of Tibetan Green Obsidian and Smoky Quartz energizes and activates the solar plexus and heart chakras, creating a safe emotional space for the opening of the heart, which empowers the bearer to release old emotional wounds and karmic bonds, and to experience the healing power of compassion that connects us through the open heart to the entire web of life, throughout the physical world and in Higher Realms. 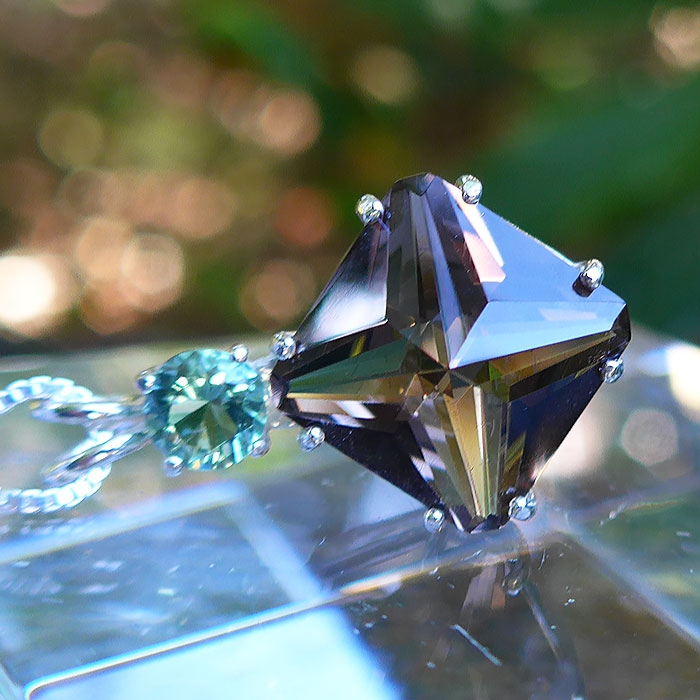 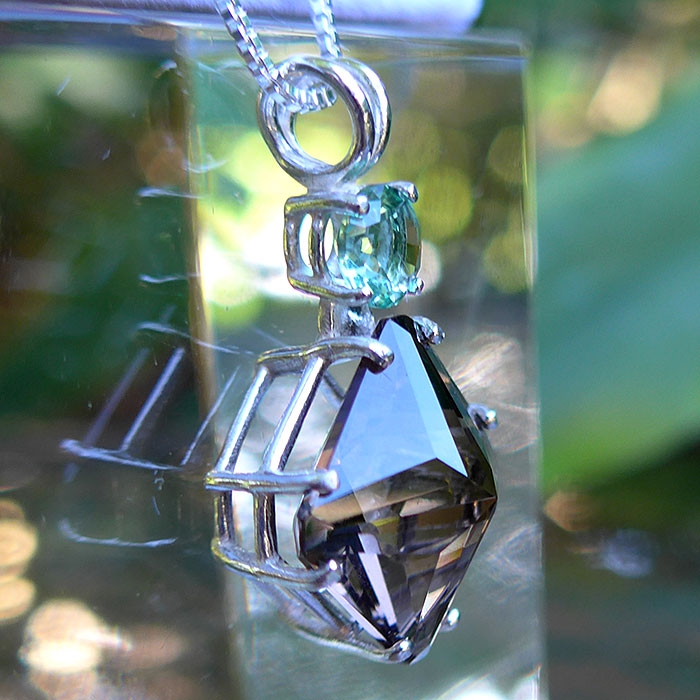 Tibetan Green Obsidian is a stone of personal protection and physical relaxation, a heart-opening stone of truth-telling, a stone of deep meditation, and above all a stone that connects the bearer to the elementals, devas and nature-spirits who inhabit the elevated regions of the Himalayan Mountains. This is the place where Earth's mightiest rivers are born -- where snow melt powers the world's cleanest alpine water, fresh from its vortexial flow down steep mountainous streams, to merge into powerful flows that reach down into China and India and Southeast Asia, providing for the needs of billions of people. 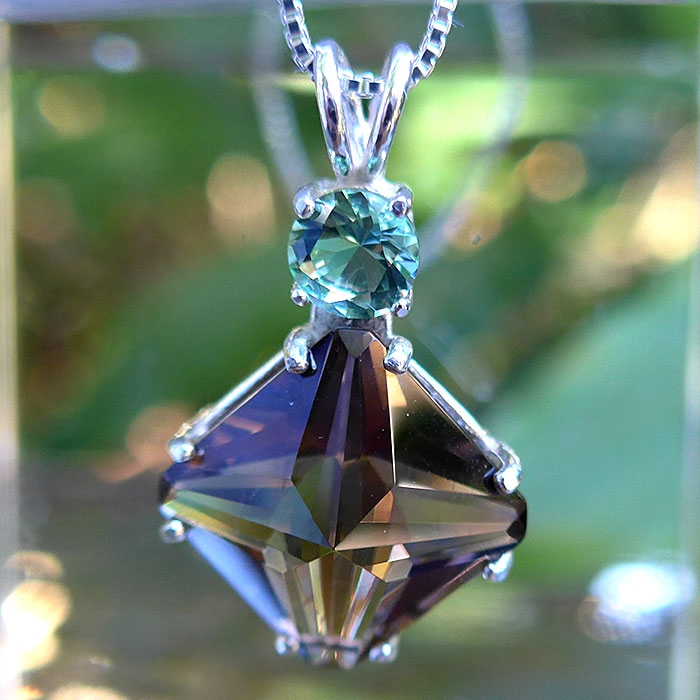 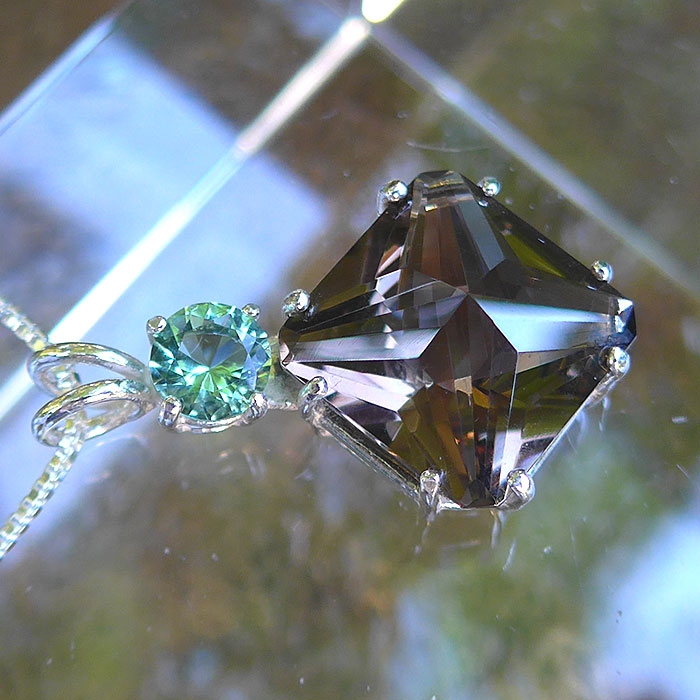 Note: Weight above is shipping weight. Net Weight is .25 ounces. Note: Each piece is unique and may vary slightly in appearance and dimensions. Each piece is guaranteed to be beautiful and to meet with your complete satisfaction!