These stunning Super Nova Stud Earrings in Siberian Gold are in post form. They are very sparkly and lovely and will surely light up your days and nights.

This remarkable Super Nova pendant combines two spectacular cuts. On the back of the Siberian Gold gemstone is a modified Millennium Cut, a starburst pattern that was created in the early years of the 21st Century by master jewelers to reflect the emerging consciousness of a new millennium. The surface of the Siberian Gold quartz gemstone is laced with an intricate pattern of flat hexagons, like a honeycomb or the eye of a honeybee. 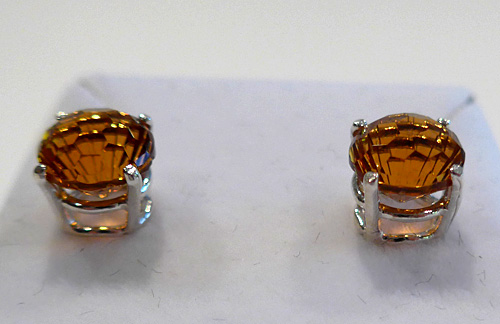 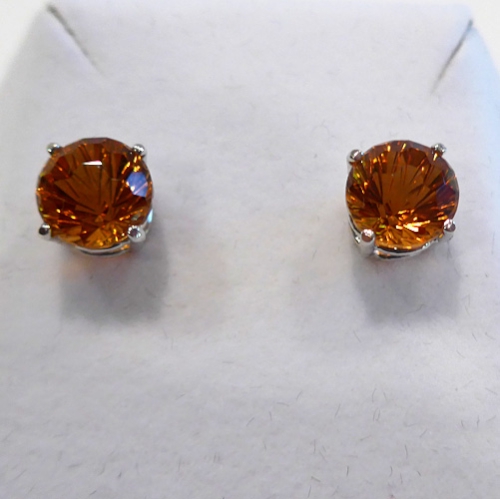 When Jane and I have used Siberian Golden Quartz in Reiki and crystal energy sessions with clients, they have reported feeling a golden glow around them. We have also found that citrine is a powerful tool for extracting negative energies, gently dissolving energy blocks, and releasing negative emotions during sessions.