This beautiful 30 carat water clear Rose de France Amethyst Quartz Magician Stone crystal pendant is of exceptional quality, with an amazing light filled lilac coloration and a simple silver band setting which allows the stone to breathe and function at its highest vibration. It is a very deep purple with wonderful translucence. These are so much prettier than the pictures!!

The Vogel-style Magician Stone pendant is cut according to principles of sacred geometry so that a star exhibiting four-fold symmetry appears within it. One can see other stars refracted within the star as well. 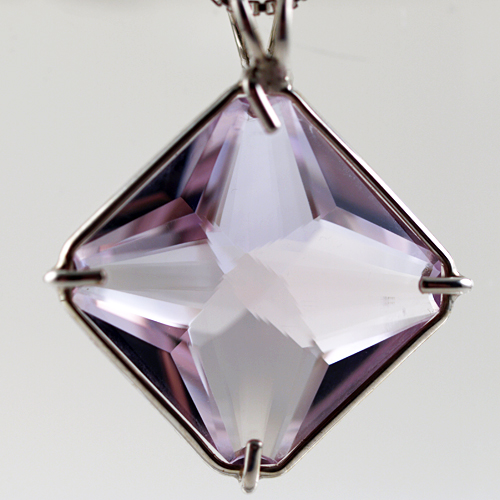 Note: Weight above is shipping weight. Net weight of this pendant is .25 oz. Each piece is unique and may vary slightly in appearance. Each piece is guaranteed to be beautiful and meet with your complete satisfaction!