This sweet 4.25 inch long Druzy Celestite Specimen, weighing 623 grams or 22 ounces exhibits a treasure trove of druzy crystals, making this a great addition to any home! 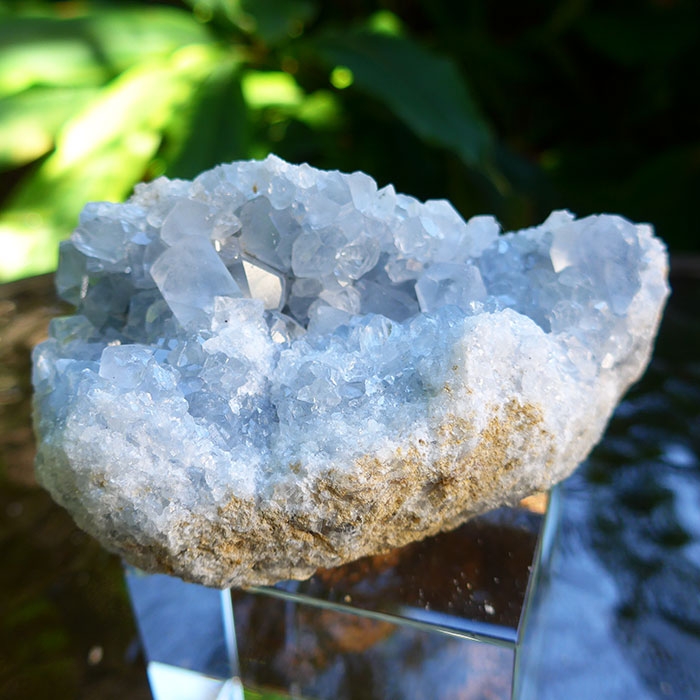 Mineralogical and Metaphysical Properties of Celestite

Celestite is a fairly soft transparent to translucent pale blue sedimentary mineral composed of Strontium Sulfate. Originally discovered in the United States, during the excavation of the Erie Canal in New York, beautiful Celestite specimens have also been found in Ohio and California.

The name "celestite" comes from the Latin word "caelestis" meaning "of the sky", and doubtless refers to the sky-blue coloration of this lovely mineral. 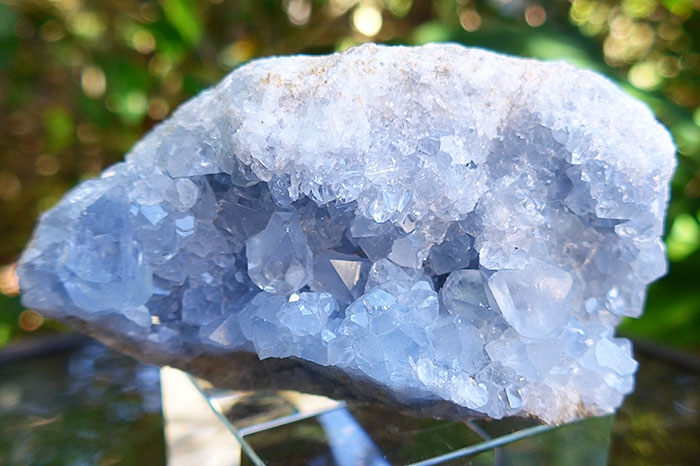 It is found often in geodes with tabular and orthorhombic formations which appear to be prismatic depending on the light and formation.

Celestite is a beautiful crystal most frequently seen in its celestial blue color but can also appear white, yellow, orange, red and red-brown. It is a wonderful stone for healing. Celestite can elevate the energy within its environment.

We use celestite all over our home to introduce a feeling of peace and harmonize conflicting energies. The blue coloration itself is quite soothing to look upon and has a definite effect in any room in which it is placed.

Celestite is good for mental activities. Celestite can synchronize the egoistic mind with higher aspects of your Divine Nature, promoting mental balance and helping you to achieve a peaceful, tranquil mental state.

Celestite is above all a good communication stone and can promote clairaudient communication with the angelic realms. That's not surprising because celestite resonates with the energy of the throat chakra, which is associated with the color blue in the Western chakra system. 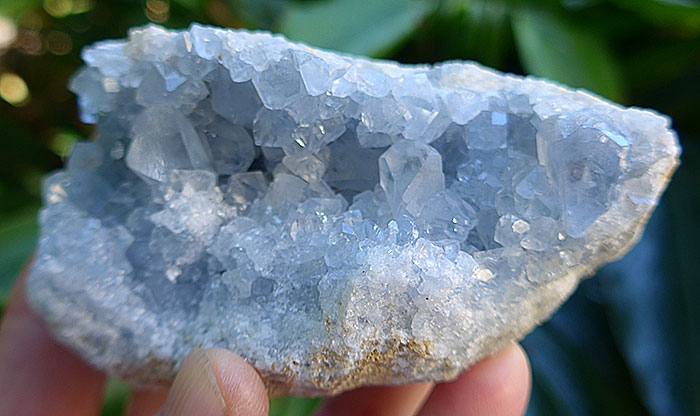 Celestite enhances the bearer's ability to speak their own truth in such a way that it is easy for others to accept and understand. Celestite is said to infuse the user's mind with the ideal of service to the world, and to help the user develop a strong commitment to furthering the spiritual development of all humanity.

This same property provides the user with increased access to the akashic records, the energetic templates containing the patterns of perfection that govern the birth, growth and development of the human body (the microcosm) and the universe (the macrocosm).
Lightworkers will want to place this stone near the client's hand or throat chakra during energy treatments to facilitate mental acuity and energize the individual with the courage to speak their own truth. 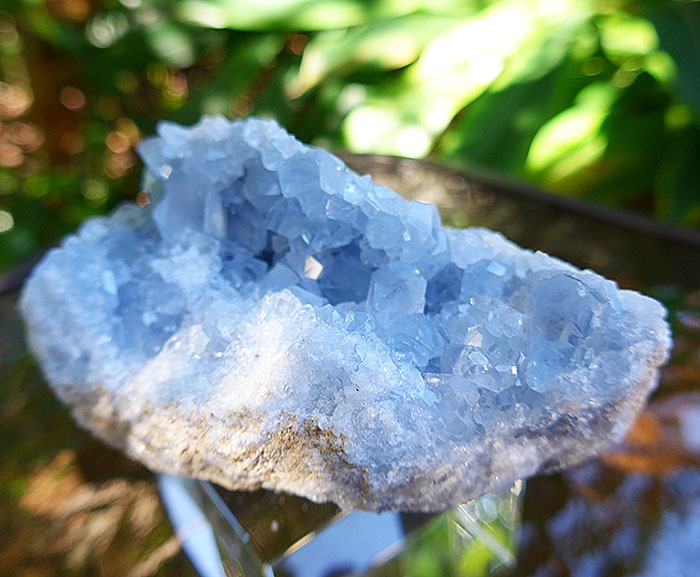 Meditators will find that this stone will enable them to go deeply into a meditative state while simultaneously sharpening their mental acuity and strengthening their intellectual abilities.

Jane and I have placed Celestite clusters near our computers to optimize and equilibrate the flow of electromagnetic energy in and around our computer network, and to facilitate communication with our Guides and Teachers while writing articles for Satya Center.

Over the years we have added Celestite clusters to several spots in our house where people gather, such as on our mantle in the den, and we have found that the energy of Celestite helps to create an energetic atmosphere that visitors find soothing and conducive to good communications! 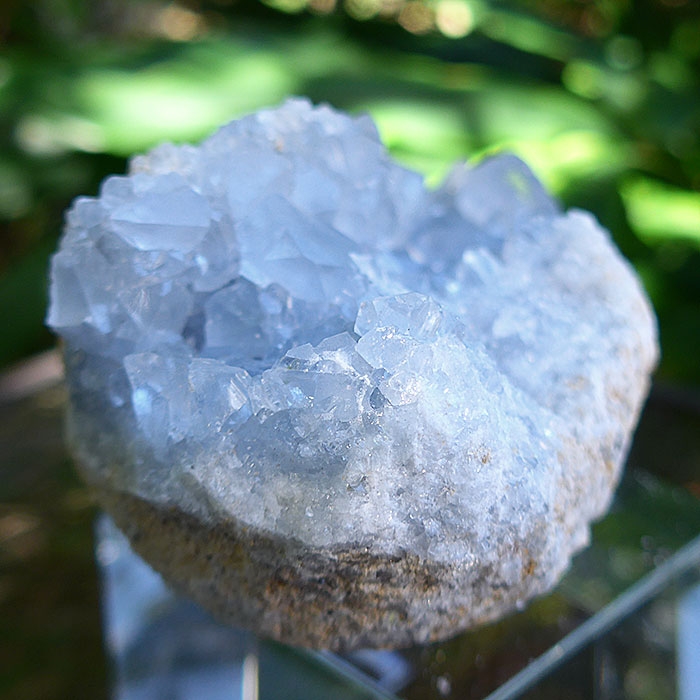 This sky-blue crystal always imparts a feeling of well being. It can help in cultivating a more intense spiritual practice, and can be a powerful tool supporting the diligent work involved in attaining the highest spiritual goals.
Use this stone to bring harmony and Celestial Light into your life.

Celestite is a very soft stone. Do not immerse Celestite in water to clean it, and be careful when applying liquids of any kind to the stone. Be sure never to drop the Celestite cluster, because it will fracture. Always keep it safe from harm. The Celestite cluster is a powerful, beautiful gift from Mother Earth to you!

Above weight is shipping weight. Actual weight of this stone is 22 oz or 623 grams.