This brilliant natural, unpolished AAA quality 5.15 inch high 1.6 pound Diamantina Etched Quartz Cluster, comes from the state of Minas Gerais, Brazil, and exhibits a dozen or so well-formed points, some with startling clarity. The surface of the cluster is literally flawless and the points exhibit temple markings. 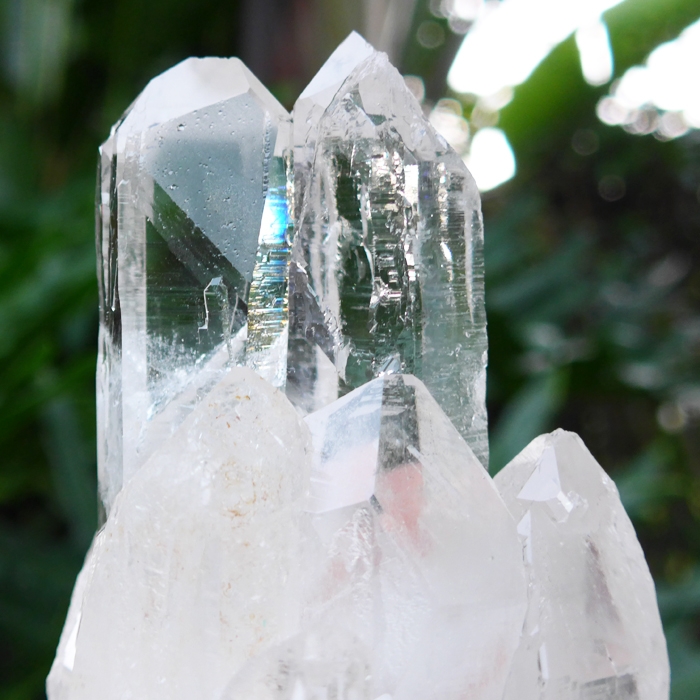 This highly etched Diamantina Cluster is composed of two major twin points, with numerous smaller points and turrets crawling up the shaft of the largest point. The formation, the clarity, and the unblemished condition of this specimen are absolutely top quality.

The scintillating clarity of this Diamantina Cluster cannot be overstated. The pictures on this page cannot do this piece justice. It is a true mineralogical collector's item as well as a Lightworker's power tool. The energy signature of this outstanding and unique quartz crystal is like the energy of a clear cold mountain stream, high above the treeline. This is a perfect crystal for cleansing, clearing and recharging work, for healing and for meditation.

This gorgeous, unblemished water clear AAA Diamantina cluster will be an energizing presence on your altar, desk, or side table, in your den, office, or bedroom, and it's not too big to hold in the hand for crystal healing work or during meditation. 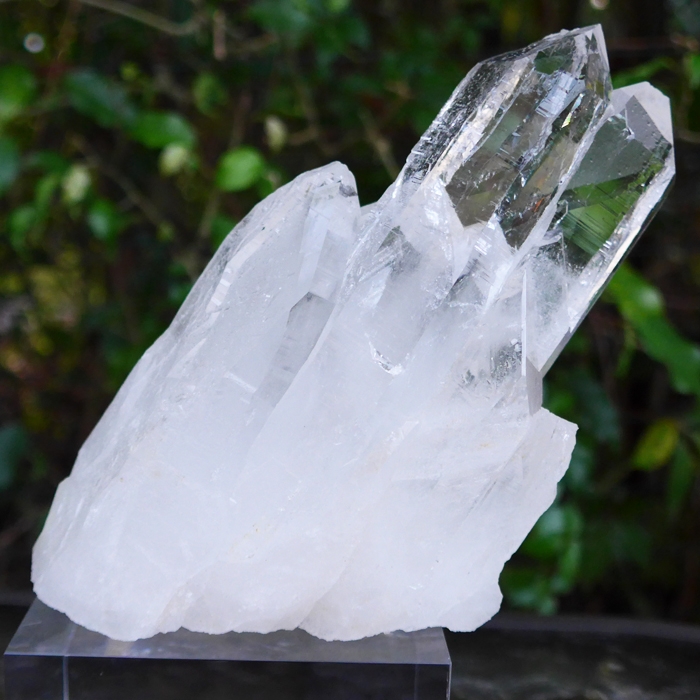 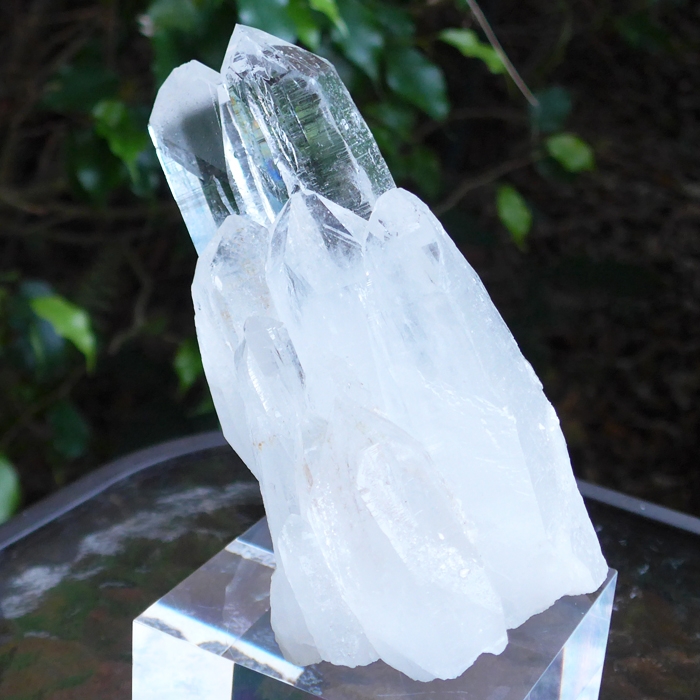 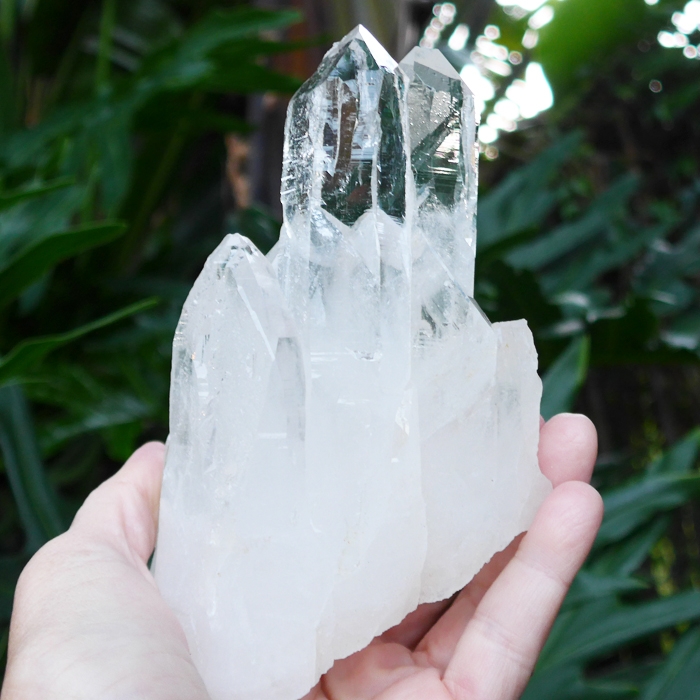 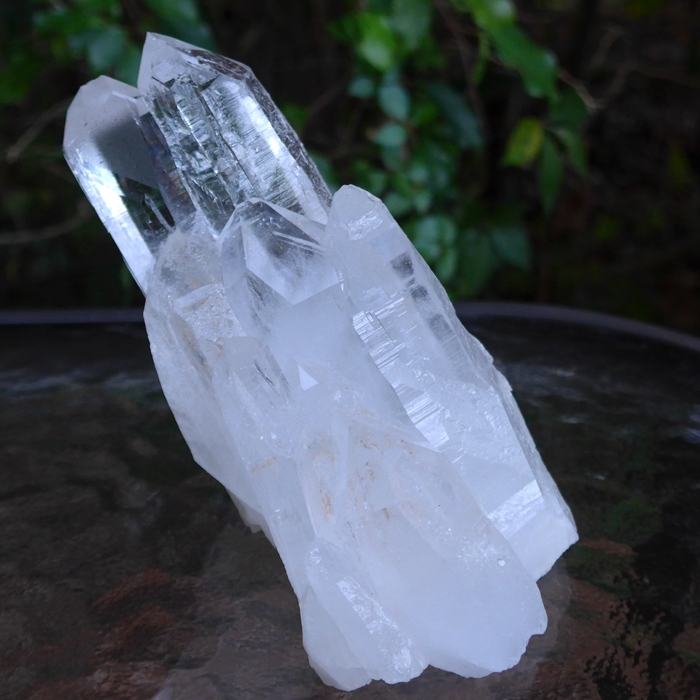 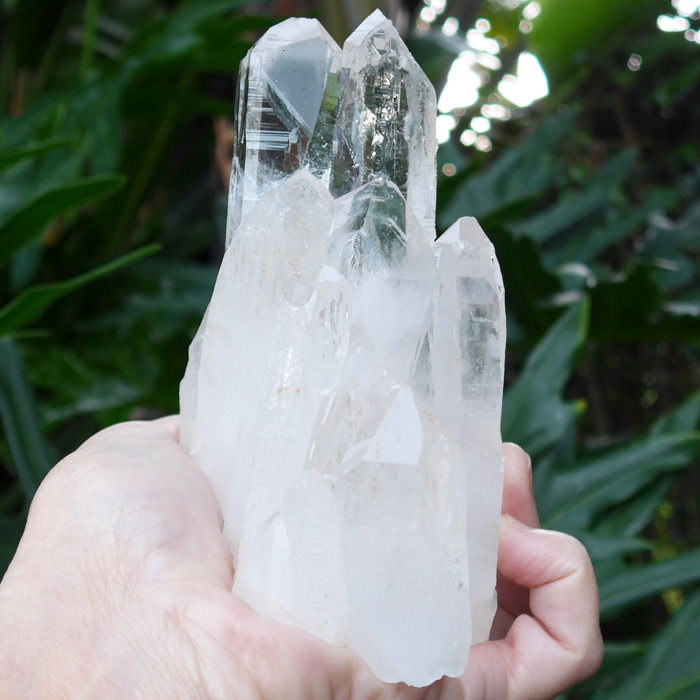 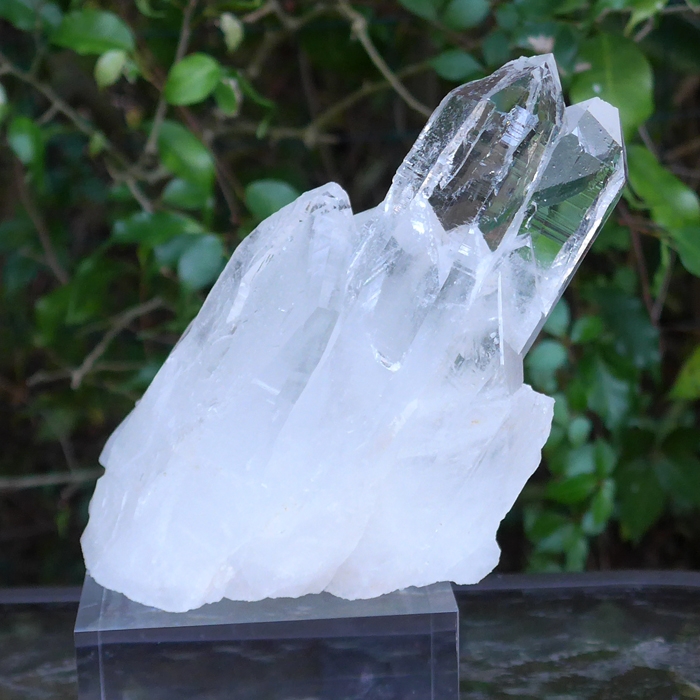