This lovely 1.15 inch high Golden Labradorite Star of Venus Pendant with Peridot Gemstone Crown comes with a sterling silver chain which will hang right at the thymus between the heart & throat chakras where it will resonate through the loving heart. 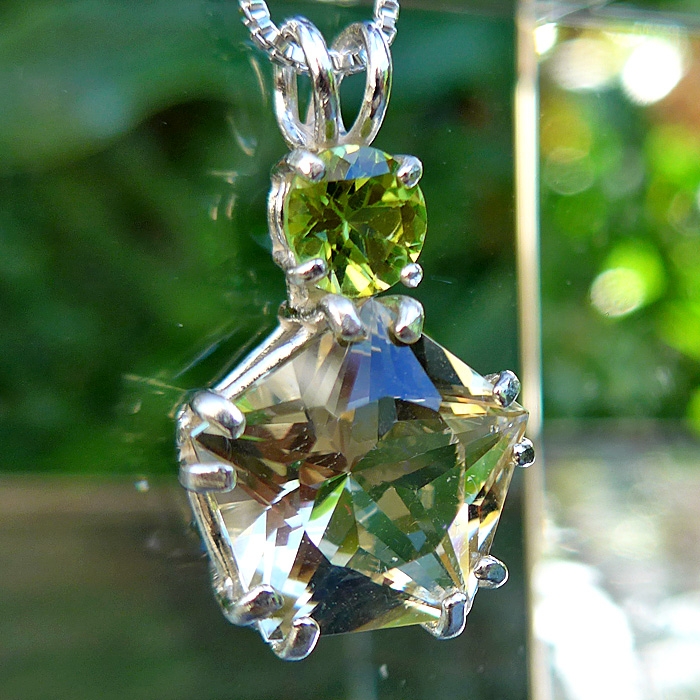 The combination of Peridot and Golden Labradorite works to energize the solar plexus, heart and crown chakras, increasing the flow of Universal Life Force Energy throughout the body, mind and aura.

According to the designer, this Golden Labradorite Star of Venus pendant is a wonderful tool for shedding burdens and for revitalization. It brings clarity and balance, insight and aligment with the Divine flow. It has been historically used for protection and invocation.

Mineralogical and Metaphysical Properties of Peridot 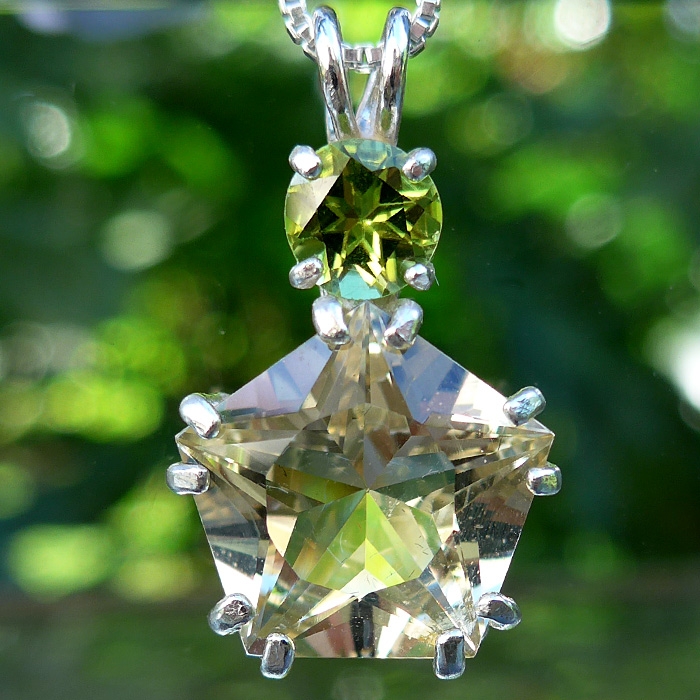 Peridot is said to have been one of the stones found in the breastplate of the high priest of the Israelites according to the Old Testament of the Bible.

Crystal healers often use peridot to tonify, energize and strengthen the body, which makes sense given its close association with the solar plexus and heart.

Golden Labradorite is an extremely rare form of the feldspar crystal known as labradorite, which usually occurs as heavily striated formations with colors ranging from whitish-grey to yellow, pink and red. Golden labradorite is often translucent and gems of high clarity are prized by connoisseurs, Lightworkers, rockhounds and mineralogists alike. 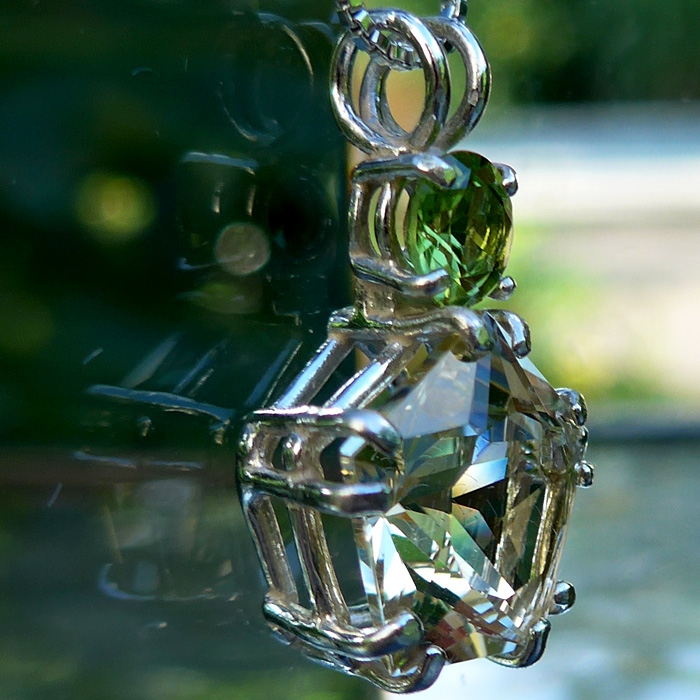 Golden Labradorite is said by crystal healers to promote clarity of vision, both inner and outer, to enhance analytical faculties, and to cleans, purify, strengthen and open the third chakra. The third chakra is called the Manipura chakra in Sanskrit, is located above the navel, and is connected to the solar plexus in the physical body. An open, healthy Manipura chakra is likened by yogis to a radiant sun, and is a storehouse of the individual's prana, or chi energy. The Manipura chakra is related to issues of empowerment, will, and the ability to manifest one's intentions in the world. A healthy Manipura chakra instills qualities of courage, right action, leadership, self-worth, self-respect, inner radiance, and self-worth.

Golden Labradorite is said to be a very protective stone, like Citrine, repelling negative energies and thought forms and helping to cleanse and purify body, mind and aura of unwanted, stuck energies. This gemstone is said to facilitate the opening of the chakras, to stimulate the flow of Universal Life Force Energy throughout the physical, etheric, astral and mental bodies, and to connect the wearer directly with Higher Mind.

Golden Labradorite also works to open and energize the crown chakra. In the Western chakra system, the colors gold, violet and white are associated with the crown chakra. Gold is considered the color of Christ Consciousness and clairvoyants report seeing a preponderance of the color gold in the auric field of Adepts and Spiritual Teachers.