These stunning water-clear gemstone quality natural, Quartz Crystal Radiant Heart Earrings are both a Lightworker's power tool and gem aficionado's collector's item. You can feel the energetic signature of this beautiful gemstone just by looking at the pictures on this page! These have been set into a sterling silver bezel setting with prongs to hold the stones in place.

These Radiant Heart earrings are set into a sterling silver setting which allows the stones to breathe and come in their own velvet jewelry box.

Quartz crystals have this marvelous ability because, metaphysically, quartz crystal expresses the unity of the five elements (Earth,Air, Fire, Water, and Ether or Spirit). Crystals grow deep in the earth and form much of the earth's crust, yet crystals, like the element air, allow light to pass through them. Crystals are fiery in that they have piezoelectric properties yet they are watery in their hexagonal molecular structure which resembles snowflakes, and in their ice-like appearance. 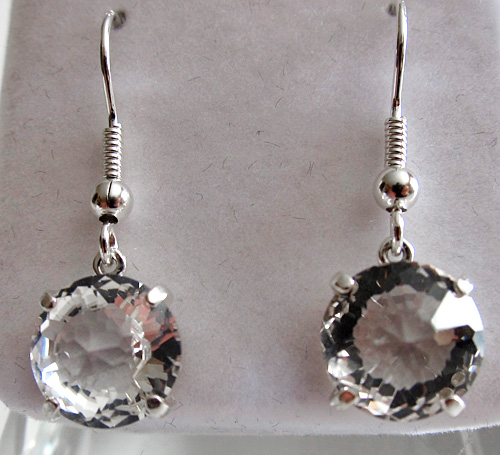 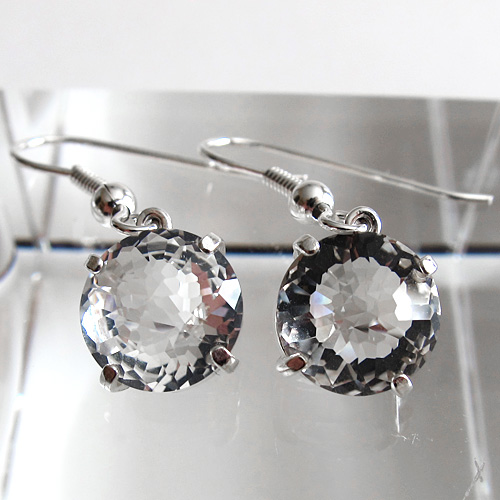 Note: Actual weight of this pair of earrings 3.322 grams.