This beautiful clear quartz Mini Magician Stone crystal pendant is crowned with a large, vibrant violet Trillian cut Iolite gemstone of exceptional quality, both in the style of the stone and in the simple silver band setting which allows the stone to breathe and function at its highest vibration. This pendant comes with a simple sterling silver chain which will sit upon the thymus, between the throat heart chakra, where it will be of most beneficial resonance. 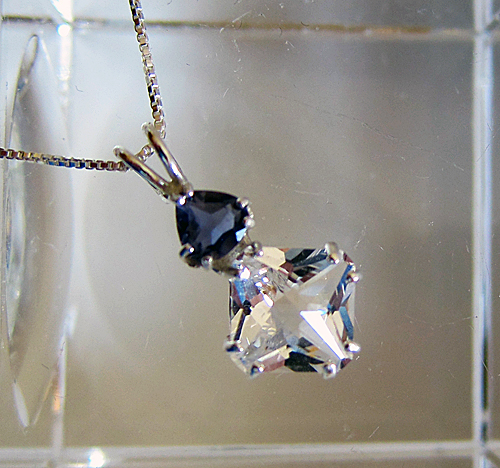 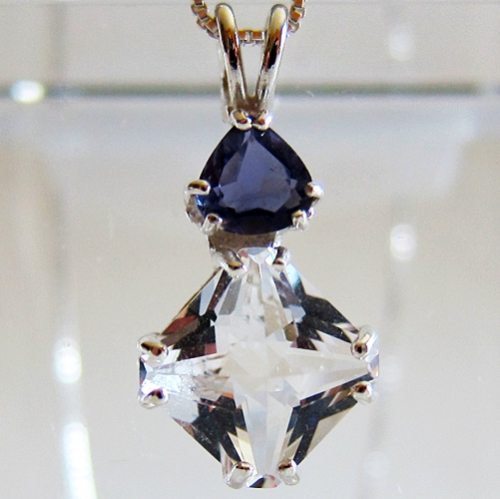 Note: Weight above is shipping weight. Net weight of this pendant is .2 oz.