This lovely golden Citrine Mini Radiant Heart Pendant is crowned with a luminous teardrop shaped Moldavite gemstone, and set in a sterling silver basket. This pendant comes complete with a sterling silver chain in its own velveteen jewelry box for safe keeping. 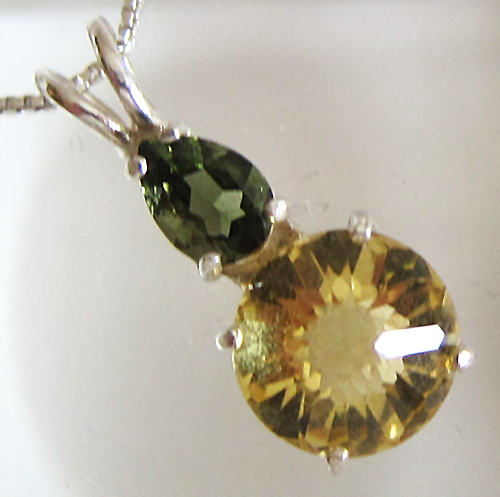 You can see tiny bubbles within the moldavite teardrop gemstone atop this pendant, which were formed by the collision of a meteorite with planet Earth hundreds of millennia ago, liquefying the substance falling from the stars and fusing it with the Earth in the area, then flinging the newly fused material hundreds of miles to the location where it was found and fashioned into this brilliant pendant.

Moldavites are the rarest of gems, perhaps more rare than diamonds, rubies or emeralds. 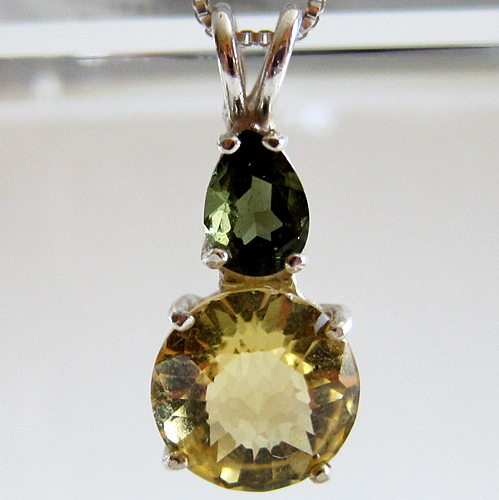 Moldavites have been prized for over 25,000 years, since archaeologists have discovered moldavite shards and pieces in cave dwellings of that era.

Note: Actual weight of this pendant is .15 oz.