This beautiful gemmy water-clear sterling silver Citrine Earth Heart Crystal Pendant is set into a sterling silver basket setting crowned with a huge sparkling trillion cut Moldavite gemstone in a beautiful new setting that allows the stone to breathe and comes with sterling silver chain in a velveteen jewelry box. 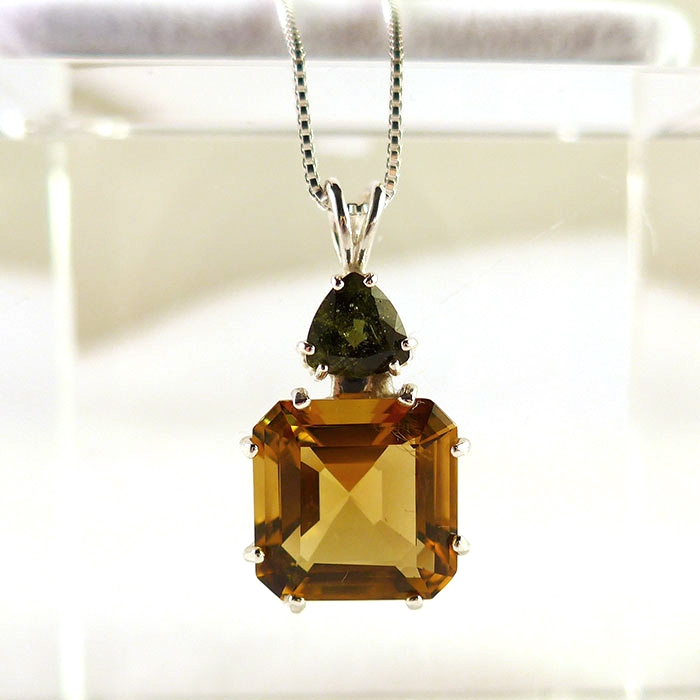 This unusual and beautiful pendant in the Tools for Evolution line of sacred geometry jewelry has been named Earth Heart Crystal because of its ability to create a "peaceful refuge in alignment with the deep and pure Heart of the Earth, revealing lessons in Oneness and facilitating humanity in achieving global consciousness," according to the creator of this unique cut, Paul Jensen. 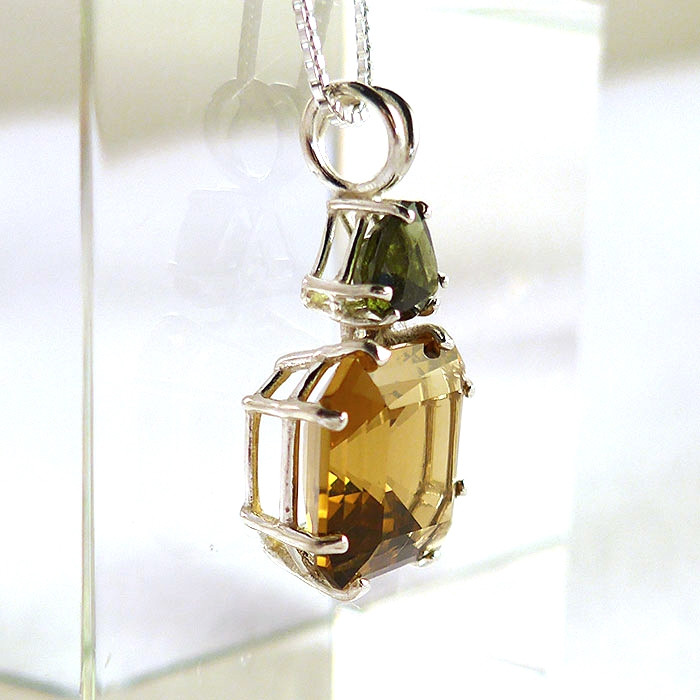 When we first worked with the Earth Heart pendant, before the designers had come up with a name, I named it the Medicine Wheel because in working with it, I felt a strong connection to Native American traditions as well as a sense of deep protection, calm and access to my own Higher Wisdom, as well as being connected to a long line of Wisdom Keepers.

The combination of citrine and Moldavite energizes the solar plexus chakra, the heart chakra, and the crown chakra simultaneously, strengthening the will forces, opening the heart and connecting the bearer to Spirit.

Most citrine gemstones on the market today are heat-treated amethysts and most natural citrine is full of inclusions, so citrine like this -- totally natural and untreated, water-clear and gemstone quality -- is increasingly rare.

This powerful citrine gemstone is an ideal piece to wear for beauty, protection and assisting in our connection to our Higher Self & the Divine. 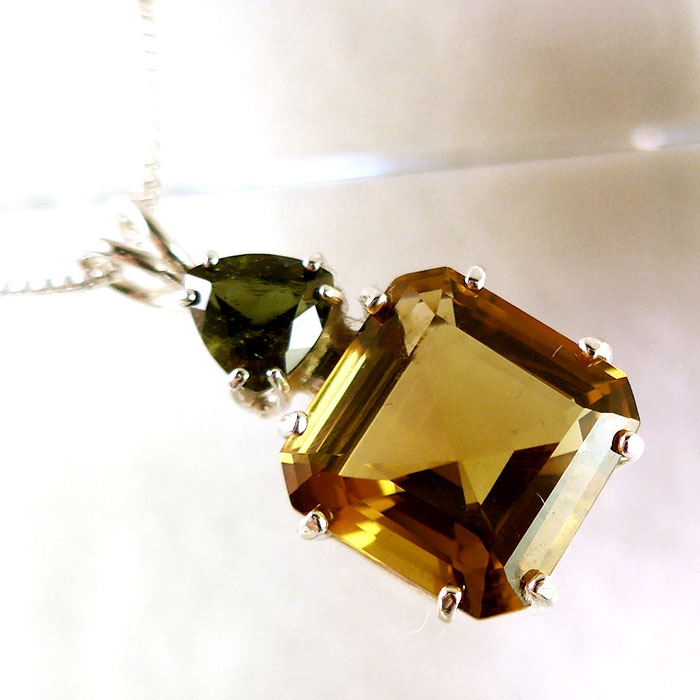 In addition, citrine is an ideal gemstone for protection. Used to strengthen the aura and surround the bearer in a bubble of golden light, citrine provides the bearer with a safe, secure personal space, free from the interference of negative or unwanted individual or collective thought forms, deleterious emotional states projected by others, and even inauspicious astrological influences, which can be literally burned away when they encounter such a strong golden aura as citrine helps to create.

When we (Curtis Lang and Jane Sherry, Satya Center founders) have used citrine in Reiki and crystal energy sessions with clients, they have reported feeling a golden glow around them. We have also found that citrine is a powerful tool for extracting negative energies, gently dissolving energy blocks, and releasing negative emotions during sessions. 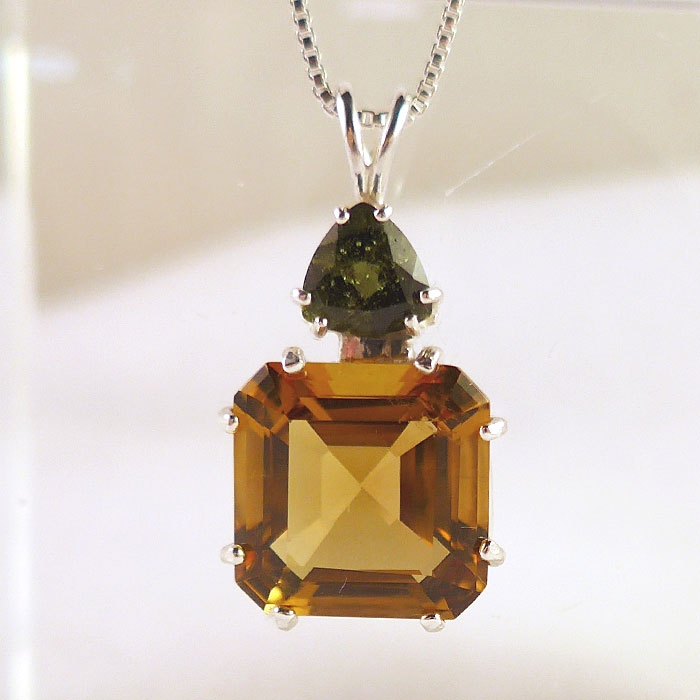 Moldavite activates any and all of the chakras and also opens the mind to the limitless possibilities inherent in its cosmic origins. Moldavite's energy tends to dissipate blocks throughout the energy system and then center energy in the heart, opening the heart to universal love. Because of Moldavite's green coloration, Moldavite energizes the heart chakra, which is associated with the color green in the Western chakra system, healing old emotional wounds, and assisting in the development of self-love, balanced loving relationships, and compassion for all sentient beings.

Moldavite is a the stone of transformation, par excellence. Working with Moldavite can have a profound effect, enabling the holder or wearer of this exceptional stone to consciously release unwanted programs, scripts, energies and thinking from their lives. The bearer of moldavite will often find that difficult or painful people, situations and conditions will be released, and then replaced by similar people, places or situations that are more congenial, more positive and more beneficial.

If you want change in your life, Moldavite can expedite that change, connecting you to Source and your own Divinity.