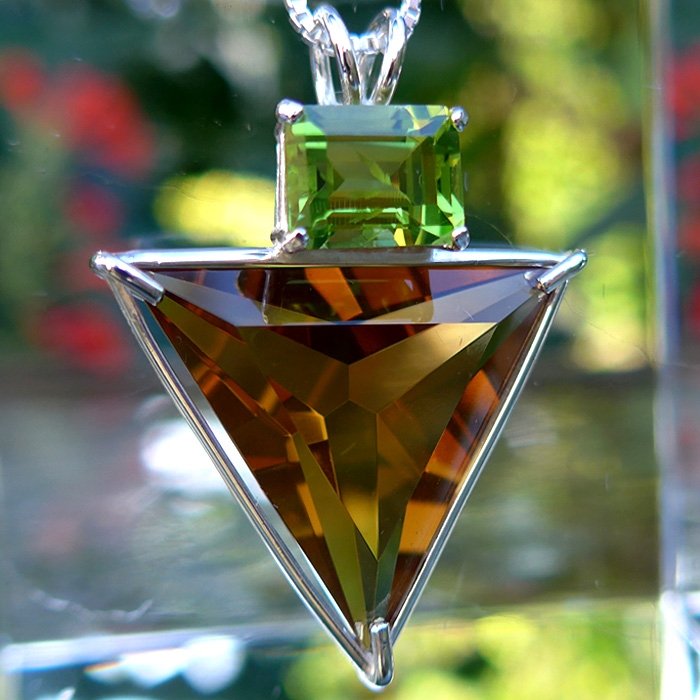 The combination of Citrine and Peridot stimulates the third, fourth and crown chakras, enhancing the flow of Universal Life Force Energy in the solar plexus, heart and the pineal and pituitary glands associated with the crown of the head. Stimulating these energy centers helps enhance our confidence and sense of personal power while creating a safe energetic space for the opening of the heart in loving compassion, and strengthening our connection to Higher Mind.

Properties of the Angelic Star Pendant

The Angelic Star is cut according to principles of sacred geometry in the form of a six pointed star resembling angel's wings. The Angelic Star pendant is designed to facilitate the bearer's connection with Divine Awareness, providing access to the Ancient Wisdom Teachings in the Universal Storehouse of Knowledge. The Angelic Star opens a clear channel of communication to the Angelic Realms.

The Angelic Star is an ideal cut for those interested in pursuing Ascension practices, and for stones that tend to energize the upper chakras, transmitting energy up the spine.

Citrine is a form of quartz characterized by a yellow color, ranging from white to deep copper. Citrine's color is a result of iron impurities occurring naturally within the crystal. Citrine typically is formed as an amethyst which becomes heated to the point where the iron held within the crystal undergoes a further stage of oxidation. 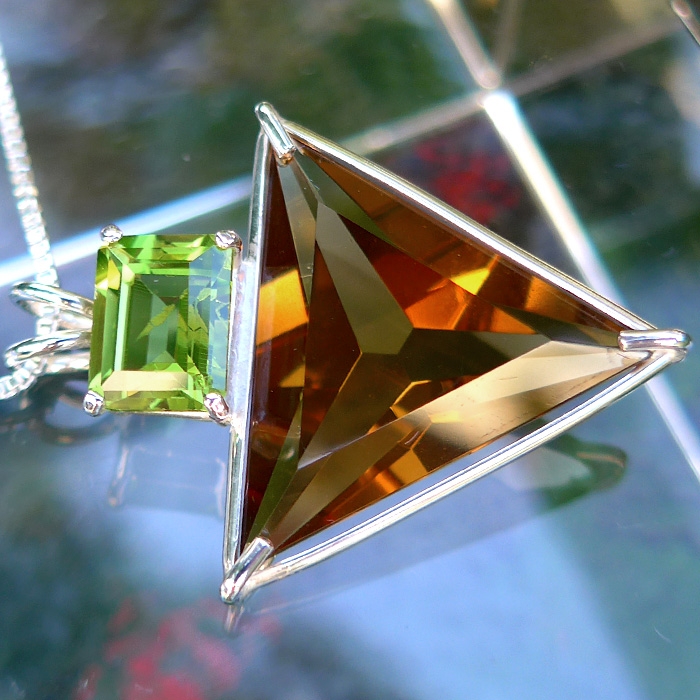 Citrine is considered by metaphysical rock hounds to be a stone of strong protection because of its ability to cleanse the aura.

Peridot is said to have been one of the stones found in the breastplate of the high priest of the Israelites according to the Old Testament of the Bible. 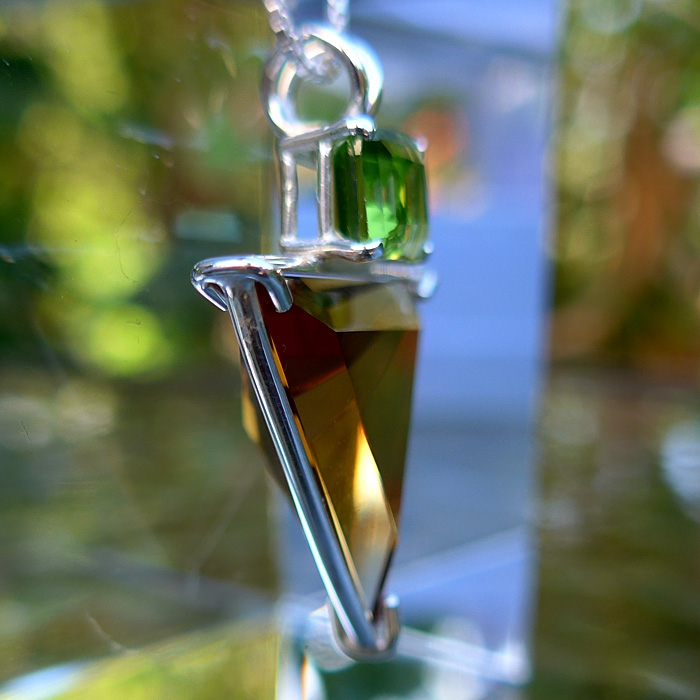 Note: weight above is shipping weight. Actual weight averages .30 oz. Each stone is unique & may vary somewhat in size & color. Each pendant is guaranteed to be beautiful and to meet with your complete satisfaction!