This gorgeous, energetically powerful Anthill Pyrope Garnet Gemstone Filled Quartz Crystal Waterdrop Amphora Pendant has a hole drilled through the quartz so that it can be worn as a pendant & even used for dowsing like a pendulum when hung from a cord or chain. Use it with either gold or silver or even leather to wear around your neck. 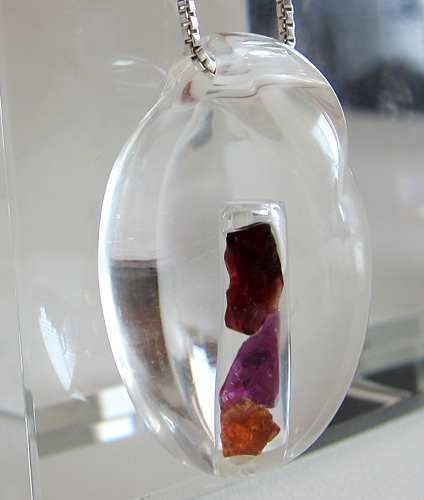 This lovingly hand-crafted gemstone pendant, designed by our friend, AGTA Fashion Forward award winning gemologist and jewelry designer Brian Cook, was formed from a water-clear Brazilian quartz crystal which was drilled and filled with gorgeous fiery red and orange Anthill Pyrope garnet gemstone chips suspended in jojoba oil, then capped with natural quartz. Depending on how you view the stone, the chips can appear magnified as you can see in the photos below.

The garnet derives its name from the pomegranate seed. Pomegranate is called punica granatum in Latin. The Pyrope Garnet, often found in Arizona, is a fairly rare type of gemstone, which often occurs as extremely small specimens. Specimens of pyrope garnet have been found around anthills because the ants will often drag them up to the surface of the ground when building their anthills. Rockhounds call these tiny beauties "antihill garnets", but the name pyrope refers to the Greek words for "eye of fire", referring to their distinctive dark red hue. 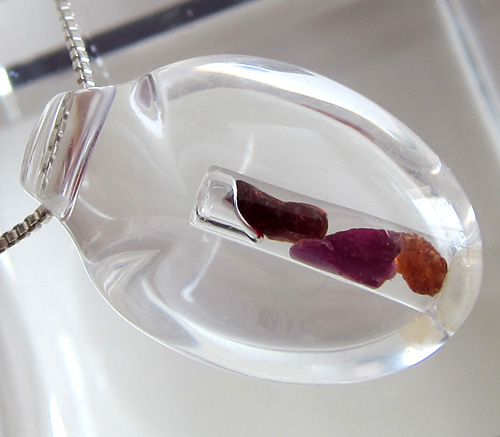 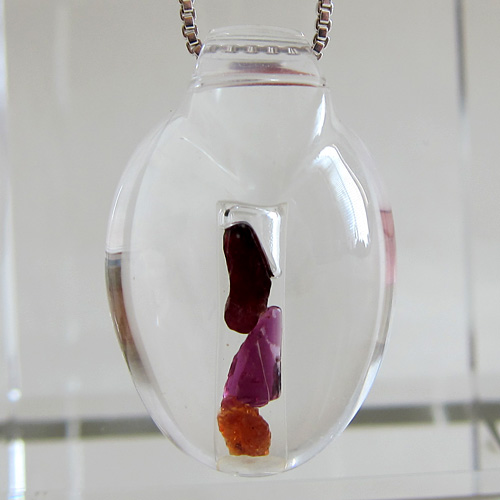