From the Peace Poems 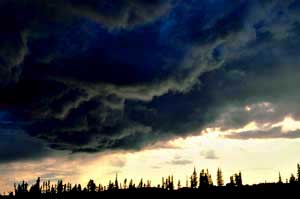 Peace won’t keep quiet!
The creature, Earth,
can’t sleep—her terrible
tail trembles, uncoils,
seared, scalded
as peace forces
its way to the surface,
boils up through
the fissures from the core
where it enters the world.

Here upon her we tumble.
Peace appears
to stir up the trouble—
a city’s leveled
by the sea, a sudden
valley swallows a town.
See? Peace is loud,
like Hendrix’s guitar
screaming the Star-
Spangled Banner, pierces,
like a stabbing dart
of steel, the forehead—
an opening where the third
eye should be. Peace

refuses to play dead.
Have you ever been drawn
to the sea’s edge, its ceaseless
raging, the same
as inside you, and felt
that peace?