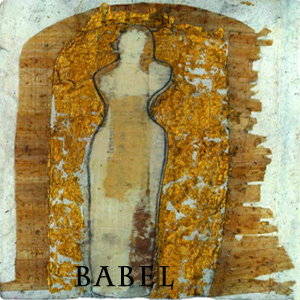 How did those men get away with it—I want to
look at that! Platinum, white gold, hot
sun funneled into their hundred million ingot molds
and tunneled out to private plots in the coolest spots
all over the world, sparkling lakefront
castles bought off the heirs of dead pirates,
palatial lairs tucked into pristine lagoons,

oasis tent spas nestled in white dunes,
mile-high penthouse perches looking down
on the swarms of serfs in the techno-feudal
order played in like a global casino
by those fellows sitting on their barrels and bullion—
look, they’re all golden, and it’s only a guess
that inside, their spirits are marbled with ash

and rot, that their souls are gangrenous,
that in the hide’s shadow they know they are not
good for anyone. I want to look at that,
up the marble stairway, where the red banners
of bloody victory, royalty, and destiny
braid in a graceful chaos in the breeze
through the columned arcade so ingeniously placed.

Yes, I want to look up, out,
and away, not into the mirror of this day’s
eyes, its tacit promises here
in the dusty air between daughter and father,
son and aged mother, myself
and my wife. I dread to witness what
I've gotten away with, not being a slave.

Credits: Jed's Poem reprinted with the kind permission of the author. Photo provided by Jed Myers. Illustration at the top reprinted from one of Jane Sherry's one-of-a-kind books.