In society today, we see many marriages that start strong and where the love is palpable between the partners. Marriages that more than endure and seemingly thrive for years.

Children are "successfully" raised and career and economic goals achieved. The man rises to an influential position in his profession while the wife excels at home and in community service, or perhaps in her own career.

Sometimes the rare and extremely energetic woman will find success in her own career as well as these other spheres.

They each develop their own "worlds", spheres of influence and networks of communities which they know and in which they are well known.

As they grow into those separate worlds, they may tend to grow apart in a number of different ways, corresponding to their karma, and the development of the various subtle bodies, which mature at various times of life, often from the teens to age 50 and beyond. 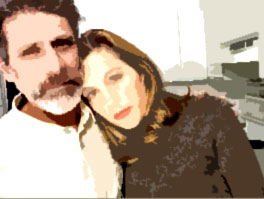 The ways a couple can grow apart are many when they inhabit different worlds much of the time, day after day: Sexual attraction to another; emotional dependency on or living vicariously through, or being best beer buddies with another; opening one's heart to another as an exclusive arrangement; mental attunement to a like-minded community with standards and customs alien to one's partner; spiritual development in one partner that outstrips the development of the other partner.

Commonly, such a couple reaches a crossroads when their children are entering puberty and teenage years. Each has invested a great deal in their separate worlds.

Often, the male has ascended the commanding heights of his profession, emerging as an Emperor of his domain. The female often has attained substantial recognition herself, for her talents, her creativity and her "people magic". She is often a leader in her community, in her own way, a center of attention, a magnet and a template for others around her who share her aspirations, her zeal for life, and her steadfast determination.

As the most intense child-bearing years are now over, both partners have a natural inclination to assess their current condition, as to whether or not their needs are being met, whether or not they are fulfilled in their life so far, and so forth. To all appearances, they are the Emperor and the Empress of their world. They have attained success.

Lacking in passion, lacking in shared mental maps of the world, lacking therefore in shared values.

The Seeds of Divorce 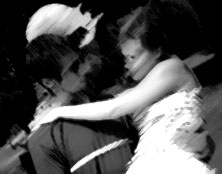 Mentally, they may be in attunement if they have come out of the same type educational institutions, family or socio-economic background.

If they share the same religious tradition, spiritual aspirations, and/or karma, they may also share pastlife experiences that align their higher bodies.

No matter how you look at it, this exhilarating experience is the basis for much of the world's mythology, romance, and even mystical literature.

Inasmuch as the physical, emotional and mental bodies mature at different rates, it is easy for a couple that have one or more bodies in alignment at the time of marriage to find that as those higher bodies mature at ages 30, 40, and 50 they will have less and less in common with their partner.

Divergent life experiences, which are the norm in today's world of two-worker families, contribute greatly to divergent development on higher levels than the physical.

The mental body matures later than the physical and emotional bodies. One's overall world view and the mental map of one's "essential world" take time to flesh out. Once such a personal world is created, the creator has a lot invested in that world and is loathe to tinker with the foundations of that world. To give up that personal world in middle age can for some be liberating, but for most is perceived by the ego to be the equivalent of death. This is because the ego has built up this illusory personal world in a series of conscious and unconscious agreements with the personality and with the other members of that world over time.

So both partners can develop an antipathy to, almost an allergy to, one another's workaday worlds over time. This puts the mental bodies further at odds with one another. 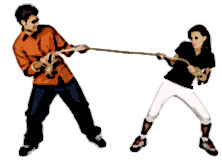 In addition, if one of the partners pursues a spiritual path and the other partner cares not for that path or prefers another, such as the path of received tradition, or officially sanctioned religion, or secular materialism, then there can be additional complications, especially at the onset of middle age and as middle age and its crises progress.

When this activation occurs the aspirant begins to perceive higher worlds, and as these perceptions develop and mature the individual participates in much higher frequencies of creation still.

Thus there is a very real possibility that one partner in such a marriage will by a certain time of life called the midlife crisis find herself living with a partner who inhabits a different world, speaks a different language to his everyday companions, and cannot comprehend much of what the poor woman is trying to communicate most of the time.

In this situation, in terms of their overall life trajectory, the marriage partners have come full circle in their relationship to a point where once more they must make choices and commitments for the next phase of their lives.

So the situation contains all the seeds of divorce.

This is perceived as a crisis in our society because our culture has no general understanding of these basic principles of spiritual sexuality.

When people hook up sexually, that is called mating, and mating can be about the exchange of love between two willing and able partners on every level of their being, from the lowest to the highest. 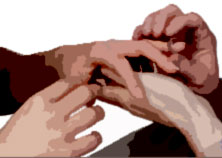 Marriage is a contract between two partners for certain purposes agreed to in advance, both consciously and unconsciously and at the soul level. That contract is only good as long as the conditions of the contract are fulfilled. However, the karmic consequences of engaging in such a contract cannot lightly be dismissed and the marriage partnership creates "samskaras" or the seeds of future karma, which will ripen in the future and result in subconscious tendencies to recreate the unfinished drama initiated by the marriage partners.

Spiritually, marriage is a partnership in which both parties take on the immense responsibility to facilitate one another's spiritual growth throughout one or more lifetimes, depending upon their intent and abilities. This is true mating, and when the partners are clear and conscious about their marriage commitment, they will receive grace and guidance from the Divine to help them on their spiritual journey together.

The path of spiritual love is for the two partners to share in the mutual development of their subtle bodies, from the physical to the very Crown of Creation. Over a period of decades, this shared development keeps all their bodies attuned, and in addition they will both enjoy accelerated development of higher bodies thanks to their mutual faith, respect, perseverance and love.

This however is a path so difficult, so straight and narrow, yet so filled with unexpected switchbacks, hairpin turns, sharp dropoffs and dangerous intersections that it is only for the fully committed.

In addition this path is available only to those couples who can demonstrate an ability to be attuned on every subtle dimension of existence. I say an ability to ACHIEVE this attunement for it is not expected that aspirants to this path be able to maintain such an attunement – that is the culmination of this path, not its entry point.

The partners in the couple experiencing this crisis must learn to share an awareness of the spiritual nature of their crisis, and of the very specific imbalances, grievances, and slights they have suffered and feel they are suffering, with one another.

There is a path for them to achieve great spiritual merit in this difficult juncture.This is for the more spiritually advanced partner to do her very best to communicate her highest understanding of all the factors demonstrating the lack of alignment on the various levels of existence, and the well-known psychological fact that at this particular time of life, the issue of choice and commitment arises again for every couple.This is part of the natural lifecycle of the typical nuclear family and also part of the natural lifecycle of spiritual development of the average human being.

In many cases, any resolution of this crisis that perpetuates the relationship will require the two partners to negotiate a “shared world” they can both develop together that will meet their physical, emotional, mental, and spiritual needs in the next phases of their life for their best and highest good.

If this alternative is for some reason unavailable the partners should seek the counsel of their higher selves and their Spiritual Guides to determine the best course of action. 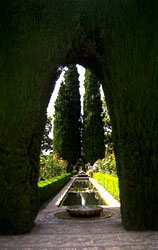 All pictures are manipulated from stock photos