Jyotish, Eyes of the Vedas 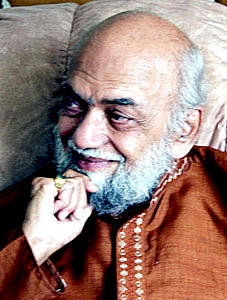 Consultation in person or by phone

Vedic astrology is a spiritual science that derives knowledge from the study of the human body and the movements of celestial bodies, and from the interaction of the microcosm and the macrocosm. This science of Jyotish was initiated around 4500 B.C. and is documented in the Vedas, ancient Sanskrit hymns that form the basis of the Hindu religion.

Jyotish is said to be the eyes of the Vedas, or Vedanayanam (Brhihat Parasara Hora Sastra 1,6). Jyotish is called the Divine light that illuminates the human condition according to the universal knowledge of the ancient Vedic wisdom. Jyotish is based on the Vedic cosmology of creation and karma. According to the Vedas, the purpose of Jyotish is to show us the path to reach the ultimate goal of human life – that consciousness of unity and bliss known as Brahman.

But the journey has to begin from where we are right now. Therefore, Jyotish deals with the four major pursuits of human life: Dharma, (duty, purpose of life); Artha (financial and other resources); Kama (desires for life’s pleasures born of Dharma); and finally, Moksha (spiritual enlightenment – liberating the soul from the cycle of birth and death).

Vedic Astrology distinguishes between fate and destiny. Fate is that which happens in our lives according to the will of the gods. Destiny, as a manifestation of the cosmic law of cause and effect known as karma, results from one’s own actions, combined with those of parents, siblings, ancestors, children, and society.

Situations manifesting as the result of karmic destiny cannot be altered by astrologers. However, with the help of an astrologer’s intuitive insight, one can alter one’s response to the situation by using remedial measures to minimize the negative effects of various problems. Destiny is directly linked to one’s own prudent, heartfelt action, which leads to one’s ultimate success or failure in life.

Vedic Astrology is not fatalistic, but assists one in exercising one’s free will. Jyotish offers powerful tools to help us achieve our full potential. It helps in two ways: first, it lays out the karmic “roadmap” and secondly, it shows what one can do with this “map” to maximize positive factors and minimize negativity. Various remedies recommended by Vedic astrology for this purpose include: good actions, proper diet, and attracting special positive forces through the use of gems, mantras, and rituals.

Vedic Astrology is based on the same twelve houses as in the Western system. Additionally, the two “shadow planets,” Rahu and Ketu (North and South Nodes of the Moon) are taken into consideration while interpreting a birth chart.

The ancient spiritual science of Vedic Astrology offers wisdom teachings that are more useful today than ever before. Jyotish helps us to acquire a deeper understanding of the subtle forces that affect our past, present, and future. Jyotish points the way to happiness in this life and, in the process, directs us to the highest spiritual purpose of our human incarnation.

“Pravinji Jani’s reading was most comprehensive, definitive and exact... Gifted with intuitive insight and sensitivity, his interpretations are directed toward greater spiritual unfoldment…”

“Your predictions have been uncannily accurate. . .During the darkest period we hung onto them as a drowning person would hang onto a rope. Our problem has been solved as predicted by you.”