Taxpayer's money is being misused in the global financial crisis to rescuing those that have grown super-rich by draining the real economy, creating poverty, and fuelling the destruction of the earth. It's time to replace the dominant model with a circular eco-economy that mimics nature.

Rescuing the rich instead of the poor

More than 116 million people around the world demonstrated on October 17-19 to demand that the governments of 22 wealthy nations meet the promises they made at the Millennium Summit 2000 to wipe out extreme poverty and disease in the developing world by 2015 [1, 2]. The rich nations had undertaken to dramatically increase their foreign aid, and this commitment is reaffirmed every year by the leaders of the G8 nations. But shamefully, not only has foreign aid not increased, it has actually shrunk in real terms for the past two years.

Within the past few months, a financial crisis of unprecedented proportions has hit Wall Street and rapidly spread to Europe and the rest of the world. And in complete contrast to the slow, miserly way in which the wealthy nations have treated the poor, they sprang to action with the utmost generosity to rescue the rich.

By the end of October, £1.8 trillion have been wiped off the global economy, according to Bank of England's latest estimate [3]. The US bailout alone has already cost the taxpayer more than US$1 trillion. That's a huge amount, but still small compared with the total value of the world's economy at $65 trillion, and a mere drop in the ocean against the $596 trillion in outstanding global derivatives (financial contracts). 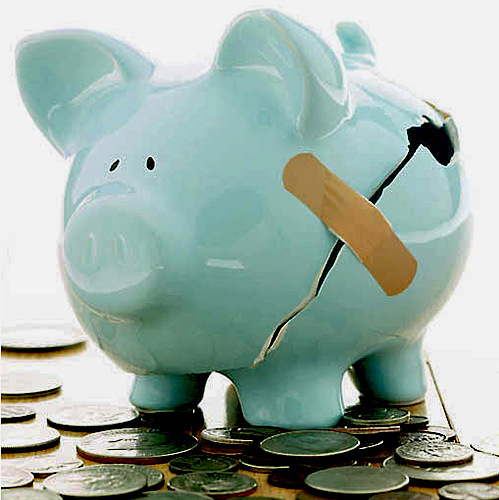 The taxpayer's money is being thrown into a “bottomless pit”, says David Korten [4], a long-time critic of the financial system and author of international bestseller, When Corporations Rule the World (1995, 2001). The danger is that if governments continue to misdirect massive public funds towards rescuing the financial system, its collapse will bring down the real economy.

It is important to distinguish between the real economy of people trading in goods and services based on real value, and the financial system, which trades in money as such, in sub-prime mortgages, derivatives, hedge-funds, and private equities that have become “reckless speculation that produces nothing of real value”. It is the difference between “ Main Street ” and “Wall Street”.

What's more, it is the financial system that has impoverished people and planet because mainstream economists and governments advised by them are committed to the dominant model of unlimited growth based on the ideology that competition in the “free market” will fix all, and because they cannot see the difference between money and real wealth.

Market is not free, and money is not wealth

Conventional wisdom in economics has it that markets freed from government interference will self-correct. That's an important assumption for the theory and much of the justification for opposing regulation, but it is simply not the case. As George Soros (“speculator, investor, philanthropist, political activist” [5]) – someone who understands the system well enough to have benefited enormously from it - describes in his book, The New Paradigm for Financial Markets: the Credit Crisis of 2008 and What It Means [6], whenever there is anything more than a minor fluctuation, the authorities have generally come to the rescue, though not to the extent of imposing the necessary regulation.

What is happening today is unusual only in the magnitude of the intervention; there are many earlier examples, including the bankruptcy of Continental Illinois in 1984 and the failure of Long Term Capital Management in 1998.

Korten writes [7]: “We can now see clearly that the more Wall Street freed itself from regulatory oversight, the more its most powerful players manipulated markets and politics to their personal benefit. The more reckless their risk taking became, the greater the instability of the financial system, and the greater the threat to the rest of the economy.” 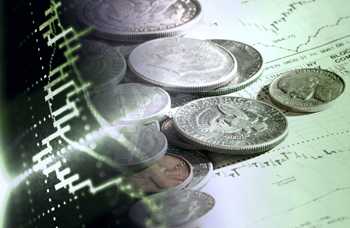 Korten clearly distinguishes money from real wealth. Money is an essential medium of exchange, and makes modern economic life possible. “In our current money system, the money that Main Street depends on to facilitate productive economic exchange and investment is created when Wall Street's private banks issue loans. You might say that the business of Wall Street is creating money. This does not in itself create wealth. Money is only an accounting chit useful as a medium of exchange. Wealth creation is the business of Main Street . This suggests that the only legitimate reason for the existence of Wall Street is to provide an orderly flow of money to meet the needs of Main Street .” [emphasis added].

So long as appropriate public regulation was in place after the financial crash of 1929 to hold it accountable to Main Street , Wall Street performed its appropriate tasks reasonably well. As it became less and less accountable, however, it turned from serving Main Street to preying on it, creating “a mind boggling variety of ‘heads I win, tails you lose' financial games.” People were encouraged to run up credit card and mortgage debts beyond their means, then hit with fees and usurious interest rates as they fell behind in their payments. The banks sold the high-risk mortgages on to brokers who packaged them into tradable securities and sold them on again to other banks, and used the proceeds to finance more lending to unqualified borrowers. Many of these overrated securities ultimately ended up in the portfolios of retirement funds, and so the risk is passed to unsuspecting Main Street workers and pensioners.

In short, Wall Street players created and profited from financial and real estate bubbles and debt pyramids “that used borrowed money to create paper assets that became collateral for more borrowing to create more paper assets to justify compensating packages for themselves in the hundreds of millions of dollars.” In 2007, the 50 highest paid private investment fund managers got an average $588 million in compensation, which is 19 000 times the average worker's pay. As Korten says, and many would agree, “It may be legal, but it is not wealth creation. It is an act of theft.” 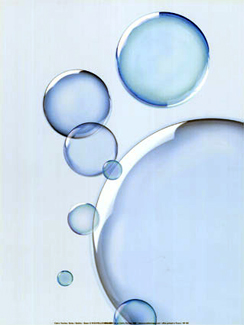 Worse still, the enormous paper assets created out of nothing go to fuel conspicuous consumption and exploitation of the earth well beyond what it can thermodynamically sustain. Indeed, money in an economic system is often compared with energy in the living system. When money ceases to flow, the economic system collapses, just as the living system cannot function without energy flow. This analogy holds so long as Wall Street is held accountable to the real economy, but breaks down completely with the proliferation of the unregulated financial sector. Be warned: all money is not equal; that created in the financial sector is not energy as much as pure entropy, the toxic dissipation that ultimately kills the system. In healthy systems, money, like energy, flows symmetrically in just exchange based on real values of goods and services, so little entropy or waste is generated (see The Rainbow and the Worm, The Physics of Organisms [8] for a detailed exposition on a new theory of the organism relevant to this discussion).

Korten argues that instead of trying to bail out Wall Street's financial predators, we need a proper plan to rid Wall Street of its predatory elements and create a new system accountable to the needs of the real economy. Hedge funds and private equity funds should be dismantled, as they “pose great risks to society while performing no beneficial function” Anti-trust laws should be used to break up all excessive concentrations of corporate power, especially the banking conglomerates that have been fuelling speculation in global financial markets.

A system of federally regulated community banks should be created that act as intermediaries between local people who want to deposit their savings securely and others who need a loan to buy a home or finance a business. (Until recently, the UK had a large number of “building societies” which traditionally played this role for mortgages. Over the past 10 or 15 years, almost all of them, including Bradford & Bingley, Halifax and Northern Rock, have turned themselves into banks, with disastrous consequences that are all too well known. Korten's plan would reverse the process.)

Finally, proceeds from “taxes on the ill-gotten gains of those who created the financial mess” should compensate pensioners and home-owners and others they victimized. 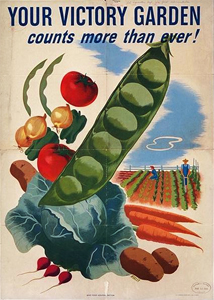 In addition, we would like to see the dominant model replaced by a circular economy that mimics nature, in maximising the efficient use of renewable energies, the sequestering of carbon from the atmosphere, and the recycling of “wastes” into resources. This circular economy will prove itself most effectively in organic, localised food and energy systems that can free us from fossil fuels while feeding and energizing the world [9] (see Food Futures Now: *Organic *Sustainable *Fossil Fuel Free , ISIS publication) .

After all, if you grow your own food without having to buy fertilizers, pesticides, or seeds, you are not only safe from financial predators, but also from corporations like Monsanto that aim to monopolize your food supply In that way, we can save ourselves, the economy and the climate all at once.