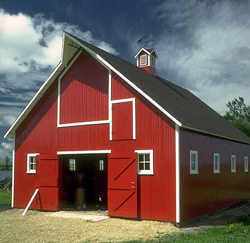 In the US, a 20% annual growth rate caused sales of organic produce to  reach $8 billion in 2001; and incentives to farmers to go organic are offered  in the 2002 Farm Bill, including cost sharing, and direct payments for  conservation practices, such as longer crop rotations.

Scientists Kathleen Delate of Iowa State University and Cynthia A. Cambardella of the US Department of Agriculture assessed the agroecosystem  performance of farms during the three-year transition it takes to switch from  conventional to certified organic grain production. Strategies for lowering the  risk of yield loss during this period have been researched, as productivity has been found to decrease initially when fertilizer and pesticide applications are  withheld. But productivity generally improves in successive years under organic  management to equal that in conventional farms. The study found that organic  grain crops can be successfully produced in the third year of transition and  that additional economic benefits can be derived from expanded crop rotation.

Organics performed as well or better 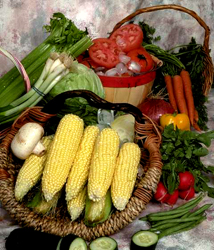 In the initial year of transition, an economic advantage could be gained by planting legume hay crops or crops with a low nitrogen demand in  fields with low productivity, to increase fertility for the following corn  crop. In the second year, yield differences were mitigated by rotation effects  and compost application, providing sufficient nutrients for the organic grain  crop. The yields in year three were similar, but the importance of a  soil-building cover crop, or legume grass mixture such as the oat-alfalfa  mixture used in this study was apparent in the fourth year when organic corn  and soybean yields out-performed the conventional crops.

The researchers thought that timely weed management and sufficient  levels of nitrogen, phosphate and potassium in the organic system contributed  to good yields during transition. Yield increases were obtained after three  years because of available nitrogen due to organic amendments, such as  composted pig manure and the inclusion of forage legumes and other green manures in extended crop rotations.

Soil fertility depends on the constant renewal of biologically available  nitrogen to replenish the organic nitrogen pools for plants to absorb. Total  nitrogen levels showed an increase of 457 kg per hectare in organic soil over  four years, or an average increase of 114 kg N per ha per annum, sufficient to  maintain organic nitrogen pools in this system. Total organic calcium increased  9% in organic soil over the transition period, with no significant increase in  non-organic soil. 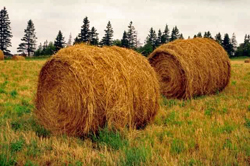 The researchers found weed pressure in the organic corn and soybean  systems was manageable, and that it was less in organic soybean than in corn  plots where rye was not used as a cover crop. In the soybean-rye rotation, weed  densities were equivalent to conventional systems in the first two years, and significantly less in the third year. Grass and broadleaf weed populations  varied between the organic and conventional systems each year, but the impact  on yield was considered negligible. Corn borer and bean leaf beetle populations  were similar between systems, again with no effect on yield.

A previous study had found enhanced soil fertility and higher biodiversity were correlated with less dependence on inputs in the organic  systems, reducing fertilizer and energy inputs by 44% and pesticide by 97%.

This study is ongoing, and will continue to examine the effect of crop  sequence and length of rotation on long-term pest disruption and attraction of  beneficial insects into the organic systems. Earlier work by Miguel Altieri at  University of California, Berkeley, showed that greater biological control  should occur in organic systems that maintain diverse biota through minimal pesticide use (see "Agroecology vs ecoagriculture", an ISIS report).

Potential food quality changes will also be monitored over time, so that assessments of the advantages of organic production over conventional systems can be brought more to the foreground of the debate on organic versus conventional production. As organic farmers produce high quality food without conventional inputs from agribusiness, agribusiness has a vested interest in denigrating organic systems on any account. This research is essential in countering the corporate disinformation campaign.