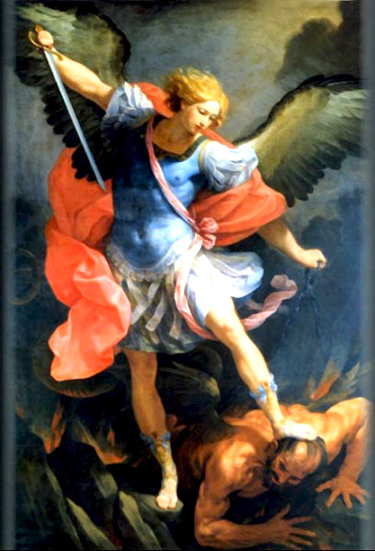 Very often clear quartz can contain hematite, or iron oxide, giving it a distinctive tangerine hue, and a distinctive metaphysical connection with Archangel Michael. These types of crystals are good for inclusion in your medicine bag, to hold in the hand during meditation, and to place on the body of a client during energy healing sessions.

During the Libran month, on October 8, in the northern hemisphere, the Draconid meteor showers will be visible. At this time of year, when sensational meteor showers, largely composed of iron, traditionally streak across the night sky, Esoteric Christian philosopher Rudolph Steiner’s clairvoyant vision saw the traditional flashing iron sword of Michael. The meteoric sword of Michael was thought to cleanse the Earth’s atmosphere of summer's sulfurous influences, allowing the Higher Self to emerge and guide the initiate along the path of Spirit toward the birth of the Inner Christ Light, an event which takes place in December, during the festival of Christmas. 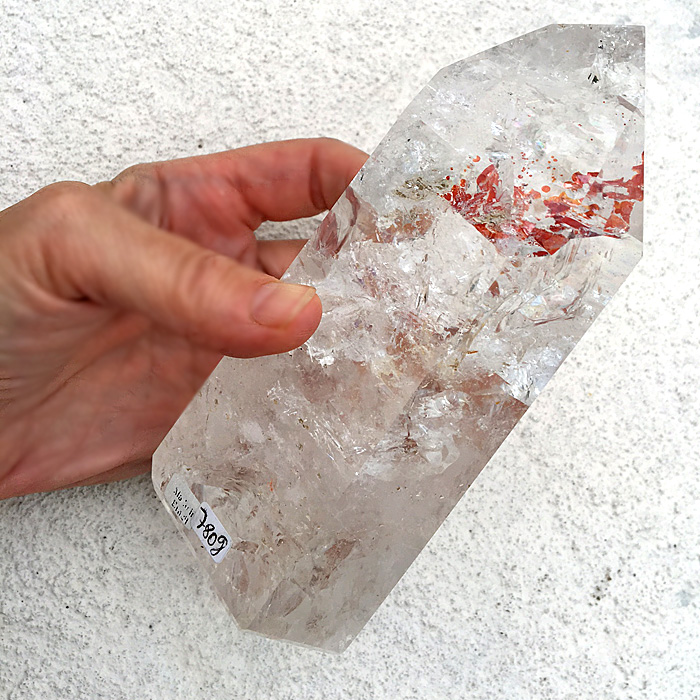 The picture above is a good example of hematite inclusions in a clear quartz altarpiece with beautiful rainbow inclusions.

Hematite is a grounding stone par excellence, connecting us to the Earth Mother, and to the Source of Kundalini energy that resides deep within the core of the Earth. Hematite can help the bearer to access that powerful healing energy and replenish depleted stores of Universal Life Force Energy within the physical body, improving the ability of the body to fight off toxins and strengthening the immune system, which is centered in the endocrine glands, which are connected to the chakra system, which is energized by Earth energy through the mediation of hematite and the power of concentrated human intent.

All of our crystals in the Satya Center store have been cleaned with Universal Life Force Energy, and given an energy attunement using Reiki, a Japanese technique of energy healing, so it will continue to receive and transmit Universal Life Force Energy direct from the Source of Creation. They are also cleaned and charged with the natural energy of sunlight, ready for you to program according to your own needs and desires.

Check out the article "Using Quartz Crystals in Digital Technology, Healing and Meditation" for an overview of the metaphysical and mineralogical properties of quartz, and a step-by-step guide explaining how to cleanse, charge, and program quartz crystals for healing, meditation and other spiritual purposes.

Find examples of Michael Quartz in the Crystal Store in the Clear Quartz Section, Lemurian Section, and elsewhere.