Welcome to the Satya Center Cosmic Weather Forecast for April 2017! Warm greetings from your co-Editors, Jane Sherry and Curtis Lang. 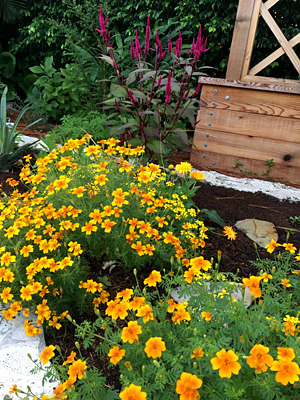 April's Full Moon in the Northern Hemisphere celebrates the return of the light, a time when days are longer than nights after a long winter season of relative darkness. Hours of daylight increase day by day at this time of year, seeds are planted, and flowers begin to bloom in profusion. Native Americans called the April Full Moon the Pink Moon, because pink phlox appeared across North America at this time of year, marking the beginning of the growing season.

April's Full Moon marks a sacred season for Judaeo-Christian civilizations. Next Sunday is Easter, which falls on the first Sunday after the Full Moon following the spring equinox.

In the 21st century, the worldview of rational materialism has come to dominate humanity's consciousness. It is more important than ever for Lightworkers and spiritual seekers to seek to Unify their consciousness with the energy stream initiated by Jesus Christ through the Mystery of his death and resurrection.

In this way all of us can experience Unity with our Higher Selves, Higher Mind and Higher Purpose, and transcend the self-imposed limitations of the egoistic personality, with its narrow, individualized perspective. 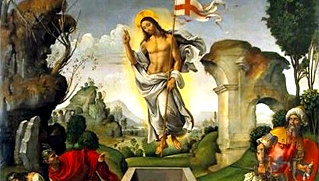 Esoteric Christians know of a special mantra that encodes the entirety of these Wisdom Teachings of Jesus Christ in a few syllables, a mantra that invokes the energy of the Cosmic Christ for protection, for healing, and for sharing with those in need, those who suffer, those who are in danger of death.

We share this beautiful mantra with you in our article entitled Eastertide: Uniting with the Cosmic Christ, Honoring the Divine Mother. You'll also find instructions for a lovely walking meditation to unite with the Divine Mother during this joyous springtime festival.

Now it is more important than ever for all of us to attune ourselves to the web of life surrounding us and to the larger energy field of Mother Earth, so that we can begin to equilibrate human civilization's impact upon global ecosystems and the myriad species threatened with extinction by humanity's thoughtless exploitation of the Earth's resources.

Our global civilization is currently in the same position as the Jewish people in bondage in Egypt. The Israelites were slaves to the most powerful Imperial nation of their time and place, with the largest military-industrial complex, and the most advanced technology available.

Today we are all in bondage to a rational materialist global culture of cruel hierarchy, greed and Imperial militarism that is threatening to destroy the livelihoods of billions of people enslaved to the financial and political manipulations of global elites even as it destroys the environment that sustains human life on Earth.

We are at the end of the Age of Cheap Abundant Hydrocarbon Power. We are all poised to pass over into a new global civilization, a new and unexplored land which has yet to reveal its contours to us, so this month we can all benefit from learning more about the Passover Festival, and from entering more deeply into the consciousness of the Jewish people at their time of Exodus. 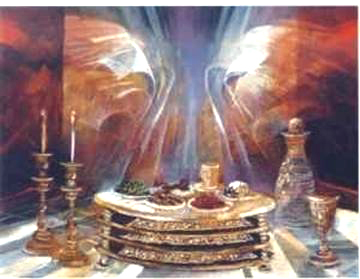 Read our article Passover 2017 which explores the Libra-Aries polarity which occurs each year at this Passover Full Moon, and how that polarity relates to the spiritual significance of the Exodus of the Jewish people from Egypt, which has tremendous meaning for us all at this time in history.

Here in South Florida Jane and I are amazed by the rapid growth in the garden, and by the strong winds we're seeing at the beach, where windspeeds are 15-20 mph every day, causing turbidity and churning up the seabottom, delivering mass quantities of seaweed and some jellyfish to our sandy shores.

The April Full Moon is traditionally known as the Wind Moon in the Northern Hemisphere, because April is the season for blustery showers. Here in South Florida we could use some showers to go with the wind!

Florida suffers from a rain deficit this year of about 6-10 inches, and as of today, April 10, 2017 there are approximately 90 wildfires roaring across the state. Here in Boca Raton we woke up to the smell of smoke the last few days. Fortunately the winds seem to be coming from the right direction to disperse the smell during the day, but the smoke just comes back. Weather forecasters see no relief in sight.

Cosmic Weather patterns continue to feature a Cardinal T-Square pitting Pluto in Capricorn against Sun and Uranus in Aries and Moon and Jupiter in Libra.

This configuration resurrects the apocalyptic energy of the Grand Cardinal Cross and the series of Uranus-Pluto squares that have dominated Cosmic Weather patterns since their emergence in 2008, coincidental with the Global Financial Meltdown.

Readers of this newsletter are well aware of the conflicted energy, tension and frustration these aspects signal, for us as individuals and for our collective consciousness.

The good news is that this Cosmic Weather pattern is winding down this April.

This Full Moon in Libra, Uranus is at 24 degrees Aries, Pluto at 19 degrees Capricorn. By the end of April, the orb widens enough that the sequence of Uranus-Pluto squares is over. Jupiter in Libra will still oppose Uranus in Aries and both will square Pluto in Capricorn over the next few months, but not within orb of both planets at the same time, so they will not form a cardinal T-square involving all three planets.

So no more Uranus-Pluto Cardinal squares, no more Cardinal T-squares. The effects of these configurations and the Grand Cardinal Cross that they were a part of will last for years, but we have survived the initial onrush of this world-altering series of astrological aspects.

This Full Moon is conjunct Jupiter in Libra, which indicates a time when our feelings, governed by the Moon, are centered on relationships, group consciousness, and our own inner ability to center and balance ourselves during a time of turmoil. We may feel an upsurge of optimism and an increased desire to work with groups to bring about positive change in ourselves, our families and the world.

Here's an invitation to do just that from The Portal!

"We are using the opportunity of the Full Moon on April 11th to create a portal through which we will balance the energy field around the planet."

"We are doing this meditation to counteract the negative effects of the military escalation that is now taking place in Syria. . ."

"This meditation helps the Light forces to ground the energy of Light on the surface of the planet to strengthen the Light grid which is needed to speed up the process of reaching planetary peace."

"1. Use your own technique to bring you to a relaxed state of consciousness.

"2. State your intent to use this meditation as a tool to speed up the process of bringing peace for planet Earth and its inhabitants.

"3. Visualize a pillar of Light emanating from the Galactic Central Sun, then going through all beings of Light inside our Solar System and then through your body to the center of the Earth. Visualize another pillar of Light rising from the center of the Earth, then up through your body and upwards into the sky towards all beings of Light in our Solar System and our galaxy. You are now sitting in two pillars of Light, the Light flowing both upwards and downwards simultaneously. Keep these pillars of Light active for a few minutes. 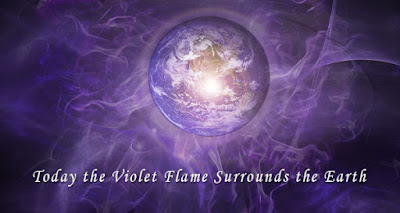 Although the organizers of this global meditation stress the need to participate at the moment of the Full Moon, Jane and I suggest that it would be helpful and appropriate to perform this meditation at any time during this Full Moon week through Easter and the end of Passover. 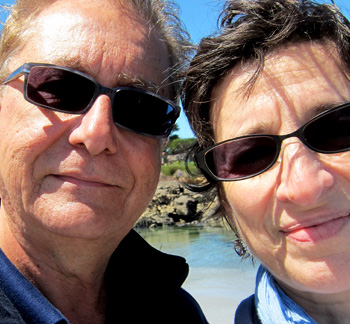 Jane and I pray that you and yours will receive the grace and guidance you need to attain your spiritual and material goals this Full Moon week, during Passover and throughout the Easter celebration!

"Spring is the season of renewal, the time for the energies concentrated in the seed to be released. But in order for this release to occur, the seed must first die. This death is the necessary condition for the sprout to appear and form roots, stem, branches, leaves, flowers and fruit… Until then, the seed is a fixed, inert creature, waiting for the right conditions to perpetuate life and produce fruits, which in turn will provide new seeds.

Bunny on homepage by Carolyn Schmitz.