Physical and Spiritual Gifts of the Magi

Erika is a dedicated high school administrator. She loves to come to work every day and is good at it. She “multi-tasks” all day long, scheduling, typing, taking messages and more. But feeling joy at work wasn’t always the case. When the cleaning staff began to use a new chemical cleanser in the offices, she coughed most of the day. The long hours of typing would give her occasional but persistent pains in the wrists and the fingers. The constant demands from the people around her would cause headaches. Nearly miraculously, these symptoms have disappeared since she began taking capsules containing gold, frankincense, and myrrh. 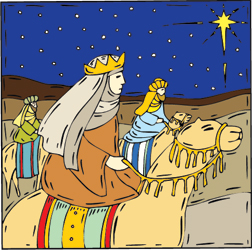 It turns out the Magi were indeed wise in many ways when they gave the Jesus child at Christmas the famous three gifts of gold, frankincense and myrrh. In numerous scientific studies, it has been demonstrated that all three substances have profound anti-inflammatory effects. Thousands of people have already experienced relief from symptoms such as joint pains, and so it was no surprise to us that when we tried recently to supply Erika with more of her supplements, the company supplying us with frankincense had run out of a ton of the resin that they had only recently purchased!

Frankincense, while in general not readily available, is even harder to find in a high quality, purified form. The resin is obtained from the frankincense tree (also known as the boswellia tree), one tree supplying approximately one kilo of the resin per year. The world consumption of frankincense both in incense and nutritional form far exceeds many tons a year.

From the milky white resin, boswellic acids, a more potent and pharmaceutically active extract, are obtained. Numerous clinical studies have demonstrated that the boswellic acids block the pathway to the formation of substances that ultimately cause inflammation.

The inhibition of the so-called 5-lipoxygenase enzyme prohibits in turn the formation of the so-called leukotrienes. They are the basis of a number of illnesses, among them asthma, ulcerative colitis, and inflammations in the joints. In fact, as our understanding of chronic illnesses expands, it is becoming more and more obvious that inflammation is probably at the root of most of them. Recently, it has been postulated that even such illnesses as Alzheimer’s disease, disorders characterized by lack of attention and anger are based oninflammatory processes taking place in the brain.

What is especially interesting about frankincense is that it blocks a pathway to inflammation that is not covered by the basic drugs against inflammation, such as aspirin, ibuprofen, Motrin, Celebrex or the drug recently pulled from the market, Vioxx. These drugs have turned out to have significant side effects through their blocking an enzyme system called COX-2.As the recent case of Vioxx shows, they may lead in the long term to damage in other organs.

Frankincense has been used for thousands of years with no ill effects. The Three Kings, however, gave not only frankincense, but also gold and myrrh. The anti-inflammatory effects of gold and myrrh are also well recognized in science. Gold has been administered in the form of injections for many decades in certain forms of arthritis. Myrrh is known by most people as an ingredient in a variety of topical products from mouthwashes to toothpaste. It is added because it is known to heal external wounds.

Rudolf Steiner gave significant insights about these substances from his own spiritual research. He pointed out that the gifts of the three Magi were meant to strengthen the development of the Jesus child in three ways. The first help was from gold for the growth of the physical body, connected to the sun forces.The second, frankincense, was for the development of a harmonious soul life. For this, the incense form was supposed to be paramount.Thirdly, myrrh was to enhance the spiritual development. Myrrh oil was used by the Egyptians, for example, for embalming and for those processes that have to do directly with the passage of consciousness into a higher spiritual world.

Most significantly, Rudolf Steiner pointed out that the resin of the frankincense tree not only protects the plant, but also enables the plant to reconnect itself to the world ofthe stars from which its growing impulses come. When introduced into the human body, it strengthens milk production in the mother and when passing from the mother’s milk intothe infant, it then helps to optimize the development ofthe young brain. In adults it optimizes mental functioning.

It is now becoming more understandable why these three substances could help Erika so profoundly. But first, let’s go back one more time to the basic physiology apparent in her case.

Her symptoms were partially the result of inflammation coming from repetitive limb motion and from noxious environmental allergens. But there was another more subtle phenomenon at work here, as well. Mentally, Erika was under a lot of stress. When the mind perceives stress, immediately it calls upon the adrenal glands to secrete more adrenalin and to secrete the stress hormone cortisol. At first these hormones help to fight inflammation, and thus in the short term are a valuable defensefor the body. When, however, the stress becomes chronic, the body increasingly gets used to abnormally high circulating levels of these hormones. After a while, they stop inhibiting inflammation, and a chronic state of illness ensues. What is more significant, is that secondarily, inflammatory cells also affect the brain. The body affects the mind, the mind affects the body.

Repetitive motion brings on an additional problem. It has been shownto blur the brain’s ability to tell wheresignals are coming from. There is literally a lessened ability in the brain to be able to discriminate which finger is moving or what the intention of the movement is. This “blurring in the brain” is what also leads ultimately to the brainsending pain impulses to the hand and causing what is known,for example, as a writer’s cramp or a musician’s spasm.

Gold, frankincense and myrrh have the ability not only to take care of inflammatory processes in the lower body but also to help control inflammation in the brain. Through them, the brain becomes more lucid and more sensitive in such a way that it, in turn, will give healthy impulses to the rest of the body rather than contributing to disease.

Gold, frankincense and myrrh are indeed companion gifts that willhelp us through life not just symbolically, but in a realsense to fulfill our chosen tasks. Erika certainly doesn’t want to be without them.

First published in LILIPOH #38 - Fall 2004: HEALTH IN THE WORKPLACE

Ross Rentea, M.D. has been in Chicago since 1983, practicing as an anthroposophical doctor together with Andrea, his wife, at their clinic, the Paulina Medical Clinic. Visit their new website, TrueBotanica.com, offering a variety of supplements, remedies and cosmetics based upon the insights of anthroposophical medicine, and the systematic approach to spiritual science propounded by scientist, philosopher and educator Dr. Rudolf Steiner.