This stunning pair of Clear Quartz Trillion Cut Stud Earrings is of exceptional quality, both in the cut of the stones and in the simple sterling silver settings which allow the stones to breathe and function at their highest vibration. Both the setting and the posts on these earrings are made of sterling silver and they come in a velveteen jewelry box for their safe keeping. The stones measure 8mm each. 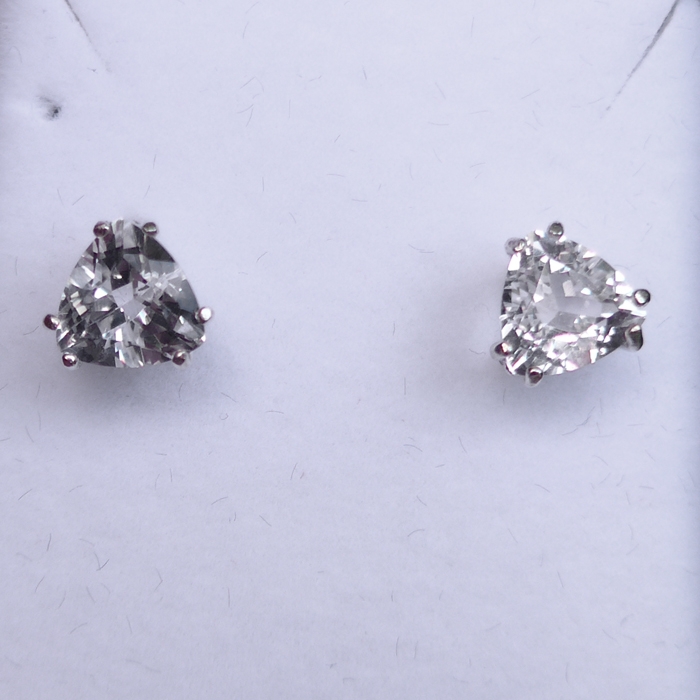 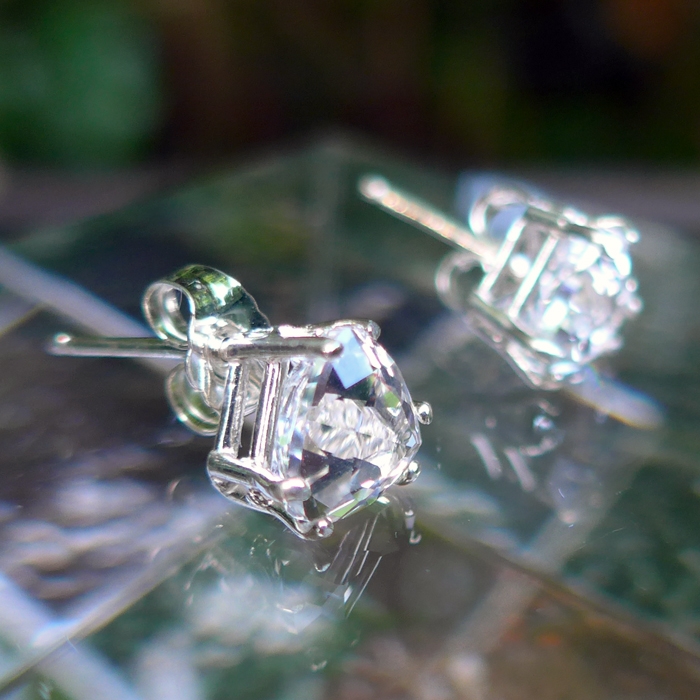 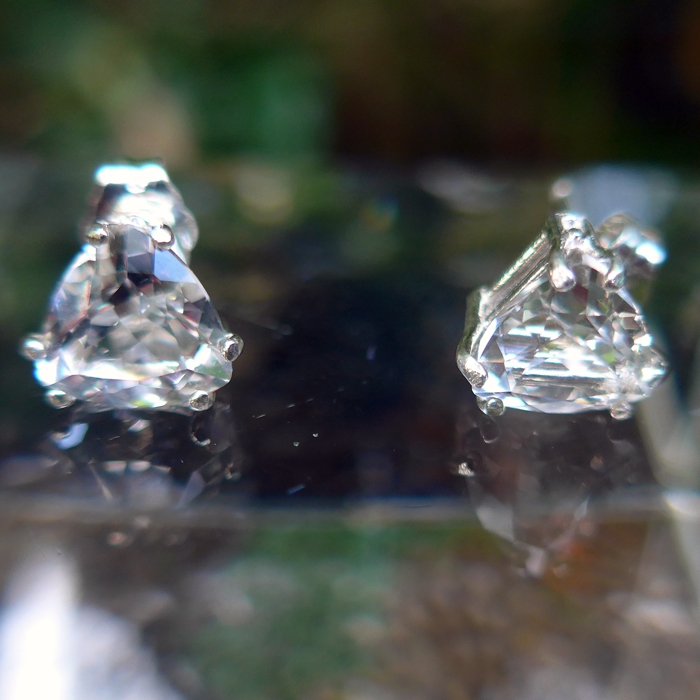