This lovely Earth and Sky Tones Botswana Agate Power Bead Bracelet is strung on elastic so that they will fit most any size wrist. This is a fun bracelet to wear. The average diameter of the bracelets are 3.5" before they are stretched onto your wrist. 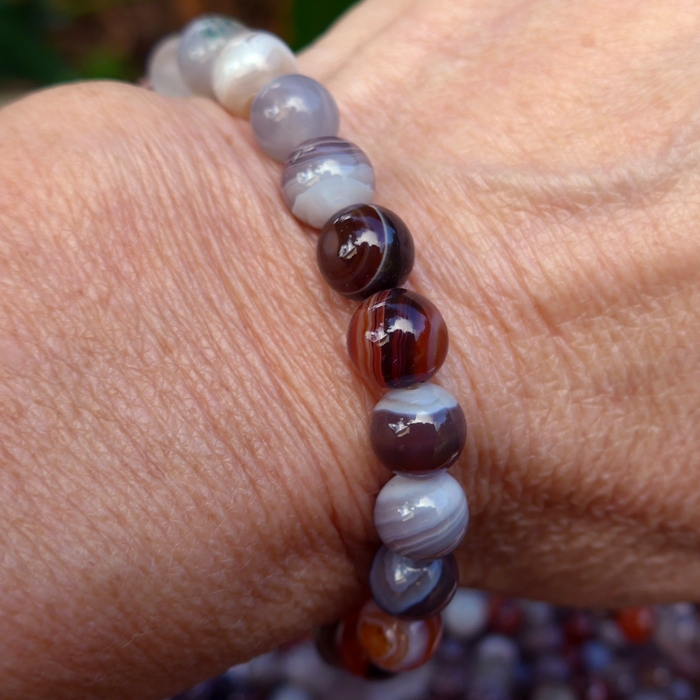 Botswana Agate is a form of Chalcedony. Chalcedony is a hard form of quartz crystal which may be semi transparent or translucent ranging in coloration. You'll see sky tones from white to gray to blue, and earth tones ranging from brown to black.

Blue Chalcedony assists us to access Higher worlds & spiritual guidance and promotes the balancing of our spiritual, physical, mental & emotional bodies. It is also helpful in clear communications. Chalcedony also comes in a variety of earth tones, and earth tone chalcedony is a wonderful grounding stone which promotes harmony among a group.

Botswana Agate with its sky and earth tones activates and energizes the throat and root chakras, grounding the bearer, offering protection from detrimental energies, emotions and thoughtforms, creating a feeling of physical security and providing a safe space for the articulation of one's personal truth in life, facilitating communication in all media. 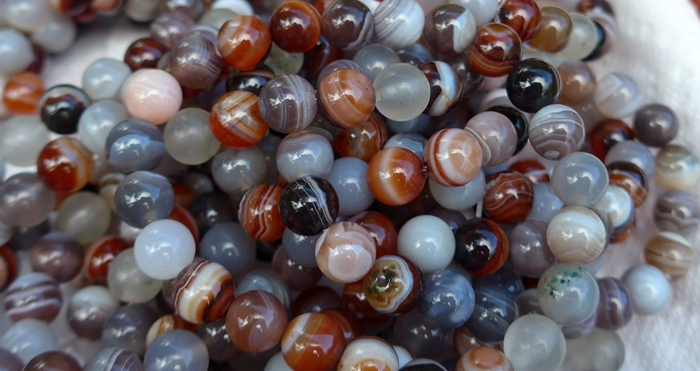