To find out more about Jane, read her Biography and Artist's Statement or just browse her blog.

Punk Lust Show at the Museum of Sex NYC, mixed media drawing Which War is This, Are You a Masochist? curated by Carlo Mccormick

See this article about the show in Dazed

A quote from Greg Ellis, one of the curators in an email to me: "Your work quite frankly is some of the most potent and powerful in the show. Your explicit use of your history also informed the show and gave it direction. After all we eventually settled on the seismic shift in sexual politics that occurred during the decades of the latter half of the 20th Century. Your candidness and forthrightness are sterling examples of this."

Pieces of Mine Displayed in the Show Rough Trade

In & Around Collaborative Projects at Spectacle Theater, Screening of film Topless made with Cara Perlman, shown in Brooklyn, NY

Group Show The University of Arizona Museum of Art in Tucson, Arizona Love &/Or Terror: A Book Arts Exhibition-August & September 2003

When Will The Book Be Done –Published by Granary Books

Three Exhibitions at Granary Books Gallery in NYC; Printed Matter bookstore has a copy for sale of Venus Unbound

December 1984 Performance with Tron Von Hollywood at Diverse Works Houston, Tx. To hear some of the work of Tron Von Hollywood & Jane Sherry on Tellus Audio Magazine go to this link and start playing the tape at 51.29 to hear "Get on to it".

Published "Cummandoes" in Just Another Asshole published by Barbara Ess and Glenn Branca. Reprinted again in 2018

OtherGroup Shows include Tin Pan Alley, ABC No Rio Gallery, A Space-curated by Arlene Raven, AIRGallery- curated by Lucy Lippard, Printed Matter with Mike Glier, The Library Show with Barbara Ess -all in NYC and in Denmark

Artforum Magazine collaborative pages with Barbara Ess based upon Just Another Asshole magazine we produced together, edited by Ingrid Sischy

1999-Present Studies in the Healing Arts, Creation of Talismans for individuals 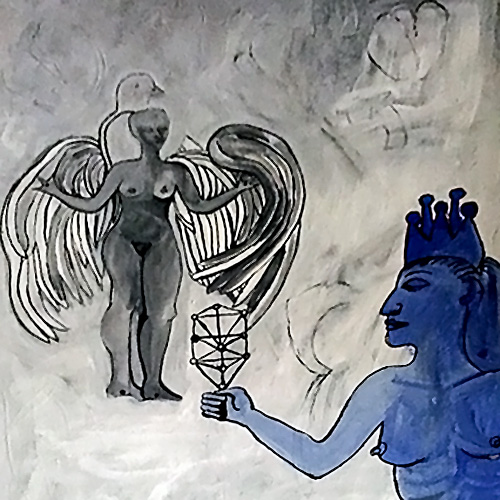