An Interview with Gerald Karnow, M.D.

We interviewed Gerald Karnow, M.D., at the Artemisia conference in Ann Arbor, MI. Dr. Karnow has been a practitioner of anthroposophically-extended medicine and a co-worker at the Fellowship Community in Chestnut Ridge, NY, a residential community based on the care of older individuals, for more than 30 years.

LILIPOH: How does anthroposophic medicine “lift off” from the territory of conventional allopathic medicine?

Gerald Karnow: A central distinction is the recognition in anthroposophic medicine that the human being is a multi-dimensional being. There is a physical dimension, a life dimension, a soul dimension, and a spirit dimension. They all constitute our totality. From the anthroposophic perspective the physical aspect is merely the resultant of the interaction of all dimensions or aspects, so that the origins of health or illness lie in the higher dimensions.

LILIPOH: But doesn’t conventional medicine recognize other dimensions of the human also?

GK: Certainly, but I challenge you to look through the flood of conventional medical literature drowning the medical profession and find any significant discussion about the origin of diseases residing in non-physical aspects of the human being and that there is a meaning in a spiritual sense for the various illness that human beings suffer. However, as we are seeing in this conference, the scientific evaluation of the time structure of human physiological processes is gaining respectability in the field of studies called chronobiology.

LILIPOH: How is this time structure addressed in the practice of anthroposophic medicine?

GK: To begin with, one attribute given to the life aspect, the etheric body, of the human being is “time body.” It is that aspect which is revealed in the temporal aspects of body function, in the rhythms, without which the physical body would cease to function. We are very familiar with many events that have a time structure in our body: the menses, respiration, pulse and heartbeat, daily temperature changes, food intake and elimination, wound healing, body growth patterns, and so on?

In anthroposophic medicine, as in conventional medicine, we look at the most obvious of these rhythms, to come to the assessment of the health status. Is the heartbeat regular, too slow, too fast? Is the respiration too slow, too fast? What are the rhythms of elimination, food intake, waking and sleeping, activity and rest, work and play, head and limb activity, and so on.

LILIPOH: Can you give us a concrete example?

GK: It has been observed that most relatively healthy human beings have a diurnal fluctuation of body temperature – cooler in the morning, warmer in the evening. There are others who do not have this rhythmic fluctuation of body warmth, and instead often have a lower body temperature overall and a chaotic, un-rhythmic fluctuation over time. One could say here that the time structure of the warmth body is disordered. It is now interesting that this phenomenon is often observed in patients with cancer.

LILIPOH:How would you then go about and address this problem?

GK: In general, in the overall assessment, in the history-taking, in the physical exam, I try to explore as many aspects of the time structure of a person’s life as possible. This includes, of course, the soul life. There are time structure components, for example, in broken relationships that need to be understood and respected as they often have a tremendous effect on physiologic time structures. We see that in appetite changes, sleep pattern changes, and so on. All this needs to be explored and brought to awareness.

Taking the simple example of a sutured laceration, I can’t just take out the sutures after three days because I know that healing takes a certain number of predictable days, a little longer on the extremities, a little shorter on the head, but always about 7-10 days; I have to respect this. So I have to attempt to gain an overview of how the person’s life is rhythmic or chaotic, or what aspect of life is rhythmic or chaotic, and then I would address the issues for which my advice was sought with words and with a prescription for medication or therapies. 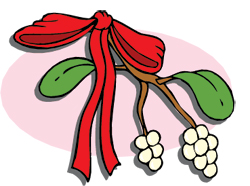 If for example we had the situation with a chaotic warmth organism, with the inability to generate a fever, I would suggest, among other remedies, Mistletoe. It has been shown – and my experience confirms this also – that Mistletoe may bring about a healing of the warmth organism. Such healing is then also intimately connected with an activation of the immune system which has failed in cancer. So it’s really trying to get a hold of the total person, of the unique interconnectedness of the inner life of a person and their illness and try to bring a person to be more and more self-directing, to encourage self-regulation.

LILIPOH: I was very taken with the metaphor that Broder [Hans Broder von Laue, MD] used of the conductor, orchestra and instruments. How do you see that working?

GK: I like this example also. I equate the conductor with the spirit, the I of the person and the players of the orchestra with the soul; then I would squeeze in the instrument maker as the life component, and finally, the instruments as representing the physical aspect. There is then the possibility that you have bad instruments. You have either a hereditary or genetic disorder where your soul as musician has received a bad instrument and the conductor is facing an orchestra that can not produce quality music no matter how good the musicians. The musicians that play the instruments could also be the problem. Maybe they are lazy, clumsy, poorly trained, even though they have very good instruments. Then the laziness of the musician does not activate the time structure to get that instrument moving. You will see people with beautiful bodies and organisms, but they are lazy, overwhelmed by self-concern and are actually sick, even though in body they are not sick. And you can have somebody else who has a bad instrument, but is really healthy and does very well because they as conductor are so skilled that they can even make beautiful music with a challenged body. So it is the quality of the musician that determines how the instrument is played. And the musicians play better the more the conductor has developed within them.

LILIPOH: Yes. The conductor is the one who has to see how the whole thing fits together. 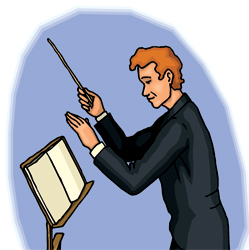 GK: Yes, the conductor is the one who realizes we are living a symphony, that we are not just watching after our one instrument, but that we live in a symphony that has to be directed. When we realize that there are several musicians in us, the musicians learn to play with the time structure on the instruments that we have. Actually, you can say that we have three big instruments. We have our nervous system; we have our rhythmic system, which is divided into respiration and circulation, and we have our physical body which is maintained by the metabolic system. Those are our instruments and the therapies then address those instruments.

LILIPOH: To turn the topic slightly, let’s look briefly at the economics. Orchestras are notoriously expensive to maintain, especially with their health coverage. Even if we have begun to see, for example, that unhealthy individual personal and social life brings on illness, we are very far from getting insurance companies to fund approaches to therapy that may, in fact, ultimately create healthier lives that are less expensive to treat and heal.

GK: That’s the tragedy. In Anthroposophy, we have developed many such effective therapies, from oil baths to curative eurythmy, to painting and other artistic therapies, and so on. But to really enact those therapies you need communities that value them enough to support their practitioners. You need communities of people who are able to work together. Unfortunately, today there is painfully little support for these therapies. Our current economic climate is one where health care is controlled through the health maintenance organizations, Medicare, and Medicaid. They practice almost total tyranny, and determine through economics what is good medicine. By payment policies they determine what you can use and what you can not use. So to develop any kind of therapy, you need to build new communities that share different values and ideas about health care.

LILIPOH: And building the communities?

GK: That takes education—people need to know about the significance of artistic, movement and massage therapies. They need to know about the significance of consciousness changing or working with consciousness in health care, and how that works into the physiology and your whole state of wellness. But if they don’t know that, the therapist can’t make a living.
We have that problem right now. You don’t have a sufficiently large community that has the necessary evolved ideas. So we’ve developed the therapies and therapists and we have the illnesses but not enough of the recognition that you need to bring them together. I think one of the biggest tasks we have is to build a community of shared meaning about just what health is, what illness is and how the life of the community needs to connect with these new therapies.

LILIPOH: You’re up against some very fixed notions and patterns, aren’t you?

GK: We’re battling to break down the fixed-thought systems ruling health care. We want to change the paradigm so that one really focuses on the human being, as a being – not just as a body, not just an illness, but also to recognize that real health-giving activities come out of the soul. From there we can work into the spirit, and also provide for the spirit to exist here on earth. And as you know, much of what we do in conventional medicine excludes the human being.

LILIPOH: It only recognizes the body.

GK: But as a physician, you don’t want to imprison people in their bodies;you want to give it to him or her so that it can be used in an instrument/conductor relationship. Not a slave-tyrant relationship. Most of our medicines today constrain us to be not human, but fixed to our bodies.

LILIPOH: And the economics of all that?

GK: I think we have to come up with different kinds of insurance. We need to build a new network, a new nationwide community that can support this other approach to health care. Just think of all the thousands of people in the Waldorf school communities! We need to develop a way for them and other like-minded groups to finance a human-centered health care.

First published in LILIPOH #41 - Fall 2005: RESTORING OUR RELATIONSHIP WITH FOOD

Read other LILIPOH articles published at Satya Center in the Lilipoh Archive.

Photo at top of page is picture of Lilipoh Magazine.