Courtesy of The Hindu newspaper

There were three 9/11s in history. The New York one of 2001. The neo-liberal one of Chile 1973, and the non-violent one of 1906 — Gandhiji's satyagraha in South Africa. The authors of all three tried to change the world. Two brought bloodshed, destruction, misery, and chaos. But the Mahatma's WMD — Weapon of Mass Disobedience — helped change the world for the better. 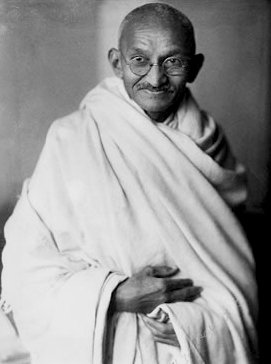 The first of the 9/11s did help change the world. That was the day Gandhiji's Satyagraha in South Africa first began — September 11, 1906. Today is the 100th anniversary of that launch of his non-violent resistance movement. Gandhiji was quite clear it was a war he was fighting against racism and colonial oppression in South Africa. A war he saw as touching anti-colonial sentiment in India as well. A war he felt he had a strategy for. "Only the general who conducts a campaign can know the objective of each particular move," he later wrote. "And as this was the first attempt to apply the principle of satyagraha to politics on a large scale, it is necessary any day that the public should have an idea of its development."

For decades, the weapon of mass disobedience he had developed rattled the British in India. Gandhiji always referred to 9/11, 1906, as the day it all began. "The term satyagraha was invented and employed in connection therewith," he wrote. And listed the times where he used it again — in India. It was to be used yet again in South Africa much later. It was also used by Martin Luther King in the civil rights struggle in the United States.

On that day in Johannesburg, the Indians Gandhiji spoke to were more than a little mystified by his notion that the might of the Empire could be engaged differently. It's a debate that lasts to this day. With no easy answers. Gandhiji himself acknowledged there were no "miraculous qualities as such in satyagraha..." And that a movement which lost sight of the truth would find the technique of little use.

Yet, the struggle put the South African government in the dock. It saw the repeal or suspension of some of the more obnoxious laws the Indians there were opposed to. Very importantly, it brought about a vital measure of Hindu-Muslim unity amongst Indians in South Africa for the first time. New factors were to make things a whole lot worse later. But at the time, it set off a process that caught on in many other parts of the British Empire. Not the least within India, led by Gandhiji himself.

The British had to contend with the rising of millions of ordinary people. His weapon and its allied tools helped forge great changes in Indian history. But this General was not for war. "War with all its glorification of brute force is essentially degrading," he wrote. "It demoralises those trained for it. It brutalises men of naturally gentle character. It outrages every beautiful canon of morality."

That was in an era when another global figure, then bigger than Gandhiji, had declared "War is the most natural, the most commonplace thing... War is life. ... all struggle is war." Hitler too, changed the world. 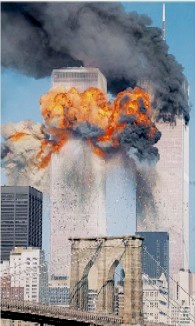 FIVE YEARS on, the world is a more dangerous place than it was prior to September 11, 2001. Acts of terror, real and presumed, cause panic each month across the globe. Hundreds of people have been killed in terror attacks in many countries. Tens of thousands have been slaughtered in wars in Iraq and Afghanistan alone. Both nations have been ravaged and devastated. Millions of lives have been disrupted forever. Lebanon lies shattered. And more and more flashpoints — even nuclear ones — emerge. In a divided planet, there is one zone of agreement: the worst is yet to come.

The appalling crime committed in New York on 9/11 — when close to 3,000 people were murdered in the WTC bombing — is still fresh in memory. One claim of the time was that it had "changed the world forever." Did it? And in what ways? The West's search for security against a global threat continues. It was there in the 1960s too, when the satirical song writer Tom Lehrer sang an ode to it in his "MLF Lullaby." The `multilateral force' set up to `deter' the Russian threat was its subject. "MLF, will scare Brezhnev," crooned Lehrer, "I hope he is half as scared as I."

Changing the world in terms of `exporting democracy' has come a cropper. The bloodied streets of Iraq show us just how insane that notion was and is. As for Afghanistan, it gets more bizarre each month. Take the recent claim by British Foreign Office Minister Kim Howells. "Across the country progress is being made. Afghanistan had economic growth of 14% last year." Well, in 2003, the same country had the fastest rate of growth in the world — 21 per cent. More than half of that coming, as the United Nations noted, from opium. In any case, Afghanistan's figures improve if you just stop the bombing for a few hours. It's not hard when your base is zero. Or worse.

Both the crazies who brought down the WTC and those later responding to them, stay firmly convinced they are changing the world. The world itself remains somewhat stubbornly resistant to these notions. In every society, the Muslim-non-Muslin divide has deepened as neighbour suspects and lives in fear of neighbour. The war on terror translates too, into a war of suspicions and nerves. Meanwhile the basic pretexts for the assault on Iraq have collapsed. A U.S. Senate panel finds that Saddam had no link with Al-Qaeda whatsoever. And the weapons of mass destruction story has ceased to be even a joke.

September 11, 1973. Then it was the export not of democracy but of terror. This was the day the elected government of Salvador Allende in Chile was brought down. By the Chilean armed forces led by General Augusto Pinochet. And fully supported by the U.S. Central Intelligence Agency. Allende was pushing measures that favoured his nation's poor. But even the most modest re-distribution of wealth was intolerable to the Chilean elite. As also to the U.S. corporations controlling so much of the economy. 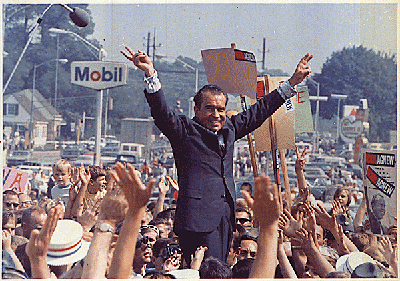 "Make the economy scream," President Nixon ordered CIA boss Richard Helms in 1970. His order was duly carried out. A vast array of overt and covert actions were launched to wreck that nation's economy. "I don't see why we need to stand by and watch a country go communist due to the irresponsibility of its own people. The issues are much too important for the Chilean voters to be left to decide for themselves," declared Secretary of State Henry Kissinger.

The 9/11 of 1973 saw what analyst and author William I. Robinson called "the bloodiest coup in Latin American history." Over 3,000 people were murdered after the armed forces bombed and stormed the Presidential Palace. Allende himself went down in the battle. Estimates of people killed in the years that followed range from 3,000 to 20,000. Well over 100,000 people were arrested in the first three years. Many simply "disappeared." The film Missing starring Jack Lemon was inspired by this period.

Chile's National Stadium was used as a concentration camp. Thousands suffered gruesome tortures. And many of them were slaughtered. Among those tortured and put to death here was the legendary Victor Jara, one of Latin America's greatest musicians.

Chile's 9/11 also marked the start of the imposition by force of a neo-liberal economic model on an unwilling nation. U.S. economist Milton Friedman and his "Chicago Boys" ran riot in Chile. While the putschists raped, tortured and murdered pregnant mothers and children, neo-liberal policies had the same impact on the economy of the poor.

Some 25 years later, the U.S. and the Britain were still holding Gen. Pinochet's hand. The leader of Chile's bloody putsch was arrested in London while there on a visit. This followed an Interpol Red Notice. A warrant had been issued against him in Spain for crimes his junta had committed against Spanish citizens in Chile during his 17-year dictatorship. But his old friends in the West did not desert him. (The same powers are driving trials of war criminals in Iraq and elsewhere.) Pinochet is back in Chile — facing murder charges there too.

Latin America, though, is seeing a wave of anti-neo-liberal globalism protests. And a trashing of pro-U.S. regimes. Whether in Venezuela or Ecuador or Bolivia. Last year, tiny Uruguay became the first nation in the world to ban water privatisation. Others too, are reclaiming their natural resources from foreign corporations. The world is changing, but not in the way the authors of 9/11, 1973, hoped for. Moral authority in Latin America belongs to a Castro or a Chavez. No pro-U.S. leader comes anywhere close.

Three 9/11s. One that helped change the world for the better. Two that had much in common. The bloody slaughter of innocents, the brutalisation of millions. And the imposition of regimes hated and despised. Juntas with no legitimacy at all.

Think of a Pinochet now hiding behind pleas of age, ill-health, and senility to escape justice Think of an Iraqi regime whose leaders almost no one can name. Or of a Hamid Karzai in Afghanistan whose writ barely runs across the presidential palace in Kabul. Who has to at all times be protected from his own people by American soldiers.

Think also of a Henry Kissinger who has curbed his travel in recent years for fear of facing war crimes charges in more than one country in Europe.

Think, too, of an old man who warned: "An eye for an eye will make the whole world blind."

[Reprinted with the kind permission of the author.] 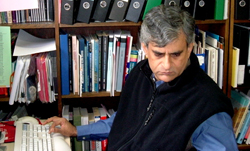 Sainath is the rural affairs editor of The Hindu newspaper and the author of Everybody Loves a Good Drought.  See India Togther for access to many articles by Palagummi Sainath on India's farming crisis and the plight of the dalits.