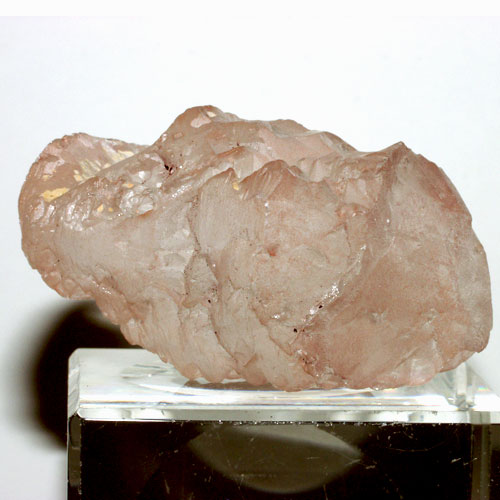 This unusual rosy quartz is a type of interference quartz formation with a powerful, nurturing and protective energy signature known as Nirvana Quartz or Himalayan Ice Quartz, which is new in the world crystal markets. Nirvana Quartz originates high in the Himalayan mountain ranges of northern India.

Late in 2006, Nirvana Quartz was discovered in extremely high altitude areas which had formerly been covered in ice 365 days a year. Exploring where glaciers had recently retreated, rockhounds discovered deposits of a unique type of rosy quartz never seen before. 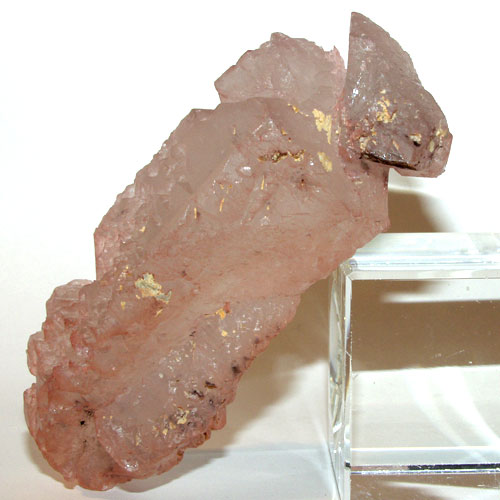 Growth interference crystals are typically used to enhance understanding of blocks we encounter in our quest for emotional, physical, or spiritual growth, and to gently remove these "stuck" energies, representing old and outdated mental conceptions of the world, recurring patterns of negative behavior manifesting in relationships, negative emotional reactions to life conditions, and physical impediments to health and well-being. The growth interference crystal can be used to help remove blockages in the chakra system, facilitating the flow of Kundalini energy throughout the human energy field.

Nirvana Ice Quartz tends to heat up quite rapidly in the hand. One notices a strong flow of warmth and a surge of Universal Life Force energy up the arm and into the chest, centering in the heart, and then rushing down the trunk into the lower chakras, providing support, centering and grounding one's being. We have also encouraged others to experiment with these amazing new specimens, and have received similar reports.

Nirvana Ice Quartz is a wonderful stone to hold or place under the pillow when entering dreamtime, and provides a feeling of security, warmth, protection and well-being. We have experienced some lovely pleasant dreams with the aid of this Himalayan quartz.In using Nirvana Ice Quartz wands during Reiki treatments, Jane and I have experienced much the same type of energy transfer that we encountered during meditation. We simply use the wand as we would any quartz wand, directing the flow of energy out through the more angular, narrower, or "male" end of the wand, to the client.

We have also obtained good results by having clients simply hold the Nirvana Quartz in their left hand during Reiki treatments.Clients report a flush of "chi" or "prana" entering the body, filling the aura, opening the heart, and rushing into the lower chakras. At the same time, clients report stillness of the mind, and an opening to Spirit, a new tranquility and peace they describe as quite profound.