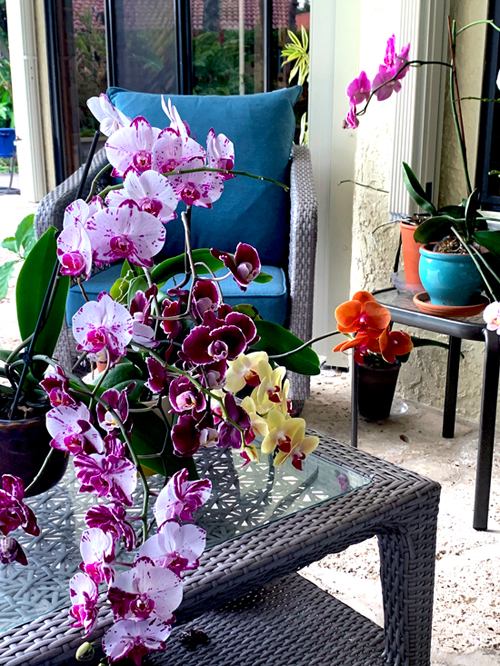 Here in South Florida, the weather continues to be hot and steamy, with tropical showers bringing occasional wimpy but cool breezes and no let up to the intense humidity. Family who spend a lot of time sunbathing at the Boca beach tell us that it's just too hot for beach fun. You've got to be fully immersed in the water to stay cool!

It's the perfect weather for orchids and ornamental gingers, though. Ours have been flowering for many months now, and we are surrounded by beauty.

Skies are pearly blue because of the onset of a gargantuan plume of Saharan dust that has traveled all the way from Africa, transforming an already intense sinus allergy season into an incipient sinusoidal nightmare.

But we can't complain. When Saharan dust arrives, this usually coincides with high wind shear in the Caribbean, inhibiting the formation of tropical storms during early hurricane season. 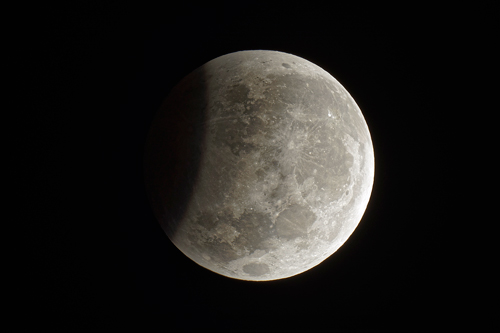 Captured before sunrise on August 8, 2017 from Sydney, Australia, south is up and the curve of the Earth's dark,
umbral shadow is at the left, near the maximum phase of a partial lunar eclipse. Courtesy NASA.

The energies revealed by this month's lunar eclipse will resonate with the energy signature of the January 2020 event some astrologers call the Grand Conjunction. This event will not be a single conjunction, but rather a series of Saturn/Pluto conjunctions that begin toward the end of this year and stretch all the way into January of 2021.

Saturn is the harsh taskmaster of the Zodiac, Lord of Karma, and Pluto represents hidden forces that control our lives, the underworld residence of the dead, and the ruling plutocracy. Both Saturn and Pluto are ultimately about forced transformation, but when they are conjunct, restrictions and stalemates rule the day.

During periods ruled by Saturn and Pluto, we may find ourselves challenged just to maintain our daily routines. All that we have mastered in life may suddenly seem to present unprecedented difficulties that prevent us from moving forward and manifesting desired outcomes.

In addition, we may all feel abandoned and thrust into unfamiliar, even spooky terrain. We may find that our allies, friends, family and supporters betray us, simply fail us or mysteriously disappear off our radar screens. That which had seemed solid may disappear into a fog of uncertainty and confusion.

That was certainly the experience of poor Persephone, daughter of the Greek Goddess of the Earth, Demeter, who was abducted by Hades, known as Pluto to the Romans, and taken to the underworld. Eventually, after being stripped of all she knew and all she was, Persephone was allowed to return to the Earth for six months of the year. Her Mother manifested constant winter on Earth until Hades relented, at the urging of the gods, and thus the seasons were created.

The lesson for us is that death is the prelude to rebirth, and every death trip is a transformation, which may in the long run, bring about a new, stable environment for everyone. 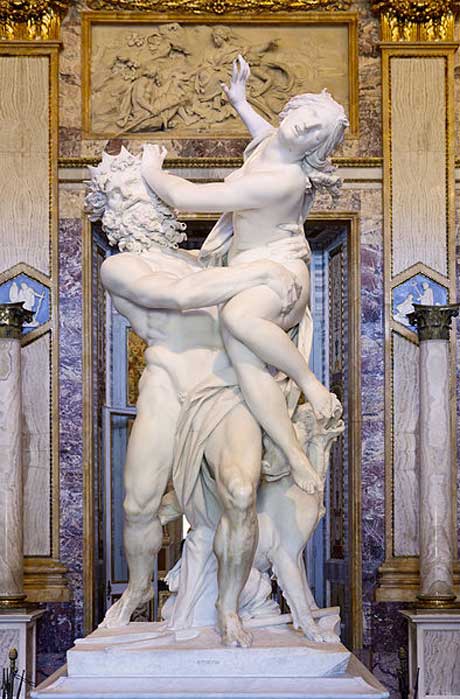 The Grand Conjunction will seem in many respects to be a "death trip" for individuals and for our global fossil fueled civilization as a whole. Business as usual in every area of life will come to a standstill as we are challenged to reassess our priorities, rethink our plans and goals, and allow sufficient space and time for new ways of being in the world to emerge.

Once again this will be a long, drawn out process, so we should begin to prepare contingency plans that can be put in place if our current path through life is blocked, temporarily or permanently.

On a collective level, this time of thwarted aspirations and goals can trigger fear-based responses in the populace. Fearful, angry supporters of authoritarian leaders worldwide will support the implementation of coercive policies and even violent repression in an attempt to maintain power and wealth for the plutocracy.

Inequality is fueling mass rebellions against the neoliberal status quo worldwide, and during the Grand Conjunction, leaders around the world will either attempt to repress these rebellions with force, or become authoritarian champions of these rebellions, lashing out against perceived enemies within society who can be designated as scapegoats.

In a time of identity politics and increasing tribalism, the Saturn/Pluto Grand Conjunction will fuel conflicts between tribes, races, religions and nations consumed by fear as they contemplate the impending breakdown of the existing global civilization.

We can already see the outlines of this breakdown all around us. Rampant inequality, trade and currency wars, me-first opportunism, the death of compassion, extreme weather events and climate catastrophes, runaway plutocracy, and the self-inflicted disintegration of the global structures that underpinned the Post World War II Pax Americana are fueling an incipient war of all against all within existing societies and throughout the world.

Although this may make the Grand Conjunction sound like the beginning of a new Dark Age, unfolding events during this time will strip us of our illusions, and events will force us to take sides in the global struggle to create a new post-carbon civilization before it is too late.

On a spiritual level, the Grand Conjunction represents a process of soul evolution in which the old identity dies and a new way of living in the world comes to be. This is true on both the individual and collective levels. 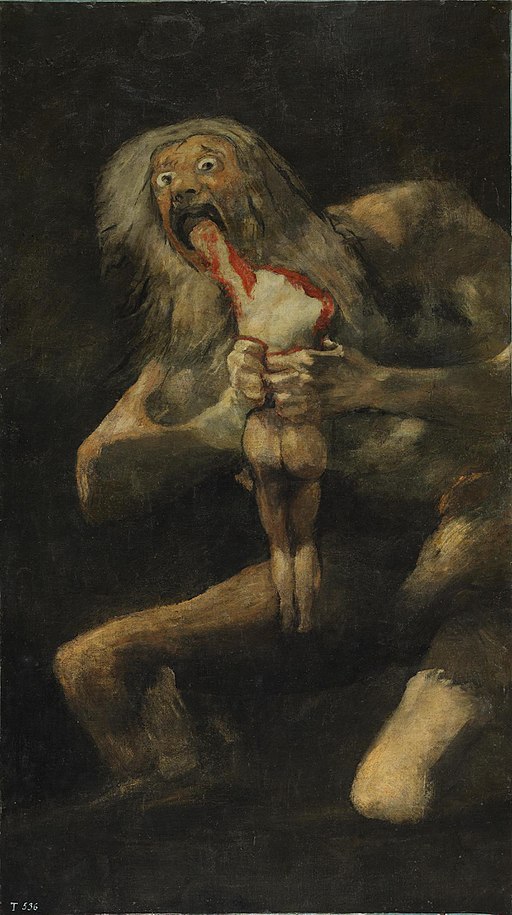 Saturn Devouring His Son is the name given to a painting by Spanish artist Francisco Goya. According to the traditional interpretation, it depicts the Greek myth of the Titan Cronus (in the title Romanized to Saturn), who, fearing that he would be overthrown by one of his children, ate each one upon their birth. The work is one of the 14 Black Paintings that Goya painted directly onto the walls of his house sometime between 1819 and 1823. Work is in the Public Domain.

We can take some comfort in the fact that Saturn/Pluto conjunctions can at their best provide us with the iron determination, self-discipline, eagle eyed discernment and strength of will that can enable us to face the conflicts, fear, disappointments and disillusionments that any trip to the underworld entails, and to midwife our own rebirth, emerging from the process as vastly wiser, more loving, stronger and more connected individuals.

So be alert this month for signs of the energy of the Grand Conjunction in all areas of your life and begin to meditate upon the ways in which you can prepare for more turbulent times to come, already visible on the horizon.

We will revisit the meaning of the Grand Conjunction later this year in greater detail.

Meanwhile back to the July Full Moon.

We've got more than an eclipse to deal with this month. Mercury is retrograde in Leo, and Saturn and Pluto are retrograde in Capricorn, with Pluto conjunct the Capricorn Moon, and both planets opposing the Cancer Sun. Conflict, stalemate, frustration and fear resulting from this combination of elements will be compounded by the astral fog generated by the ongoing Jupiter/Neptune square, which has been one of the primary energy signatures of 2019 thus far.

This energy persists for several weeks, so we must practice patience and discernment, and perhaps dial down our expectations for the moment.

There is a bright spot on July 25, when Mars in Leo will form a trine with Jupiter in Sagittarius, providing us with an energy boost when we need it most. Then on July 27, Venus enters Leo, prompting us to pursue pleasure and beauty in all that we do, and encouraging us to beautify ourselves and our surroundings.

July has been and will continue to be a difficult month for most people this year, but it may be some consolation to know that if you are having problems, that is par for the course. 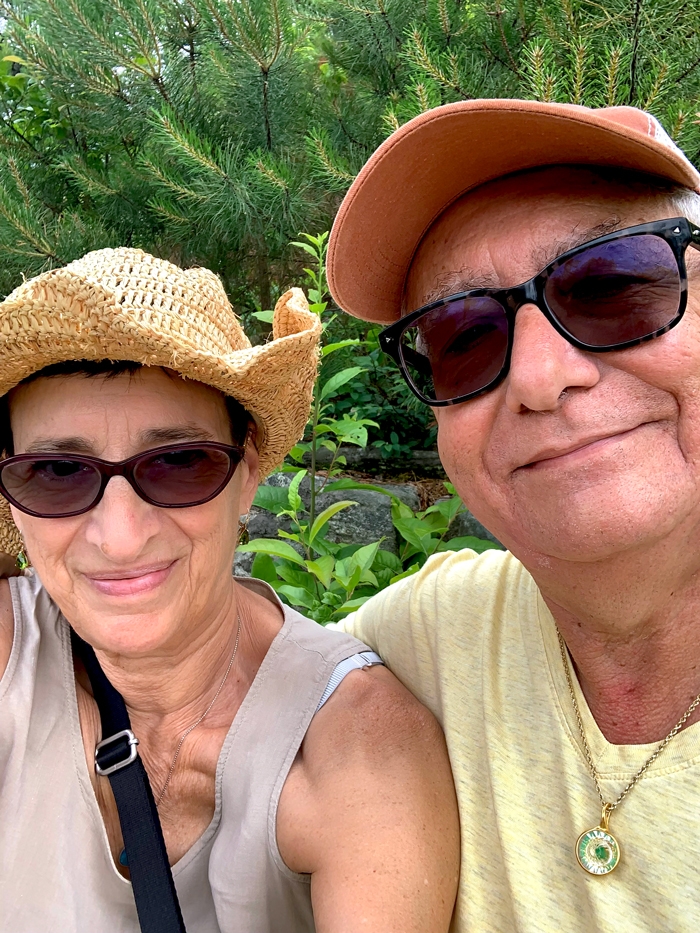 Jane and I have slowed down our normal pace of activities this month, and it may be that you would benefit from a slowdown too. In any event, we affirm that each one of you receive the grace and guidance you require to achieve your spiritual and material goals, and we send you Reiki blessings! 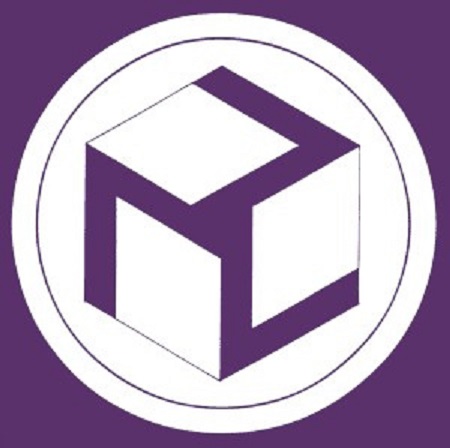 The Antakharana Symbol is used in Reiki practice for healing of body mind and soul!
Meditate upon this and allow the energy to flow where it is needed.