The Feast of the Quickening

February 2 is a time of the year when we are poised halfway between the Winter Solstice and the Spring Equinox.

This is the time Christians celebrate the Feast of Candlemas, the day of the presentation of baby Jesus in the Temple, forty days after Christmas, traditionally February 2 in the West and February 14-15 in the East.

Today is also the Feast of Imbolc, one of the eight solar festivals of NeoPaganism known as cross-quarter days, which fall on sacred festival days of the ancient Celtic calendar. Imbolc occurs when the Sun is midway through the month of Aquarius, although it is often celebrated on February 2 as a fixed date, in many areas.

Imbolc means "in the belly" (i mbolg) in Gaelic, referring to the pregnancy of ewes, and is also a Celtic term for spring. Another name for this feast is Oimelc, meaning "ewe's milk" in the ancient Irish tongue.

At Oimelc, Brigid, goddess of fire, hearth, fields, cows, craft, childbirth and poetry, is invited into each house and community and devotees ask her blessing during the season of quickening, as days become longer, and we prepare for the ascent of the forces of light, celebrated at the Spring Equinox.

In honor of this Solar Goddess, hearth fires were set burning in each home, and each family brought fire to the community’s public ceremony, in a celebration of the end of winter’s isolation and the beginning of communal preparations for a new planting season.

Irish tradition sets aside February 3 as the feast of Brigantia, celebrating Brigid as the goddess of the all-seeing eye. Solar crosses of straw were brought into the house and hung over the door. The “eye of Brigid” would protect the household from all evil. 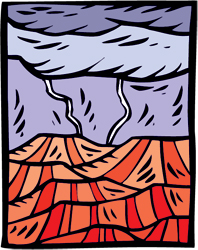 Brigantia celebrations are closely connected with activities involving the sacred Rowan tree, known as “the quickbeam”, associated with lightning, and also called the “tree of life”. In the romance of Diarmuid and Grainne, the rowan berry, along with the apple and the red nut, is described as “the food of the gods”.

Festivals occurring at the mid-point of a fixed sign, like Aquarius, are traditionally feasts of prognostication. The month of Aquarius is the month of the Rowan, tree of the quickening, and of prophetic visions. The Rowan, often found surrounding sacred circles of stone marking mountaintop shrines, is also known as “the witch”, or “witch-wand”, because branches of the sacred tree were used for divining metals.

On the feast of Brigantia, women would gather and ascend to the heavens on magical horses, brooms made of Rowan, Ash and Birch, gathering on the mountaintops to circle and honor the Lady of the Heights, who brought the lightning and storms that would purify the land and quicken the soil in preparation for the spring planting.

One might profit from divinatory readings on the Feast of Brigantia, which is a feast of divination and second sight. Ground Hog’s Day is a vestige of this ancient feast, a day when modern folk watch the ground hog to divine the length and severity of the second half of winter in the New World.

On this Festival of the Hearth, purification can be sought by lighting a candle or a log in the fireplace, invoking the Divine, and meditating upon the bad habits, negative emotions, and outdated mental maps of the world we would do well to release in this New Year. Make a list of the elements you are prepared to sacrifice and burn the list with gratitude.

Quiet the mind with meditation, and remember to constantly, consciously balance ambitious plans with devotion to friends, family and matters of the heart. 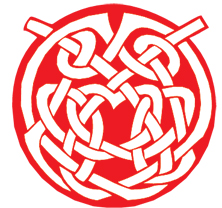 White Buffalo Calf Woman reminds us “Creation does not take place where there is a scattering and dissipation of energies. Creation requires a gathering together and focusing of your power within a circle of commitment – like a seed, an egg, a womb or a marriage. If you would create and not destroy, you must remember always the Sacred Hoop. Consider wisely the ways in which you would use your power and then around those ways draw the sacred circle of commitment. In the warm atmosphere of that circle, the power of love builds and builds like a storm above the wet summer prairie until suddenly the circle can hold no more and explodes in the conception of the new.”