February is the Aquarian month, and spiritual traditions East and West celebrate a variety of Festivals focusing on fertility, love and the healing power of the Goddess.

At the beginning of the month on February 2nd, earth honoring traditions celebrate the White Goddess also known as Brigid. We celebrate Brigid, goddess of fire, hearth, fields, cows, craft, childbirth and poetry on this holy day, called Candlemas, by inviting her into our home, our hearts and community.

Ask for her blessing during this season of quickening, as the days become longer, and we prepare for the ascent of the forces of light, celebrated at the Spring Equinox. Festivals occurring at the mid-point of a fixed sign, like Aquarius, are traditionally feasts of prognostication. The month of Aquarius is the month of the Rowan, tree of the quickening, and of prophetic visions.

February 1, 2017, is the Hindu Feast of Basant Panchami, celebrating the commencement of spring in India, and is marked by worship of the Goddesses Saraswati and Lakshmi. Goddess Saraswati is that manifestation of the universal, Divine Goddess energy known as Shakti which manifests as human culture in the form of learning, creative writing and fine arts. Lakshmi is the Goddess who represents the manifestation of Universal Life Force Energy as material and spiritual abundance.

February 12 is the Roman Festival of Diana, known as Artemis to the Greeks, which is celebrated by Western neo-Pagans and Wiccans as a celebration of wildlife. Contemplate the web of life that connects humans to woodlands and to the wild creatures that inhabit the forests of the world.

February 11 is the Feast of Our Lady of Lourdes. On this day in 1858, in a cave at Lourdes, France, the Virgin Mary appeared to a poor fourteen year old peasant girl named Bernadette Soubirous, and Our Lady visited Bernadette fifteen more times during the following week. The Shrine at Lourdes is the most visited spiritual site in the world, renowned for the healing waters found in a spring in the cave, which was discovered by Bernadette according to instructions from Our Lady.

February 14 is St. Valentine’s Day, celebrated in the Western world as a day sacred to love, romance and lovers. This holiday has pagan and heretical Christian origins, and interesting analogies with certain medieval Hindu practices, all of which celebrate the Universal Life Force Energy in its manifestation as sexual energy.

In ancient Rome, February 13 was the feast of the fertility god Faunus and February 15 was the Feast of Lupercalia, dedicated to another fertility god, Lupercus. The priests of Pan Lyceus would perform purification ceremonies designed to promote fertility among Roman women. Young priests would circle the city walls with strips of skin cut from sacrificial animals, scourging women they encountered along the way to purify them in preparation for pregnancy. The Latin februaue means "to purify" after this "Feast of Purification." Some sources say that the thongs from the skins of sacrificed animals—which the priests used on the evening of February 14 to whip women—were called februa.

At Lupercalia, young women wrote their names on slips of papyrus and put them in a box. Then young men would take turns withdrawing the slips of paper, and would pair off for the day with the women whose names they had picked. 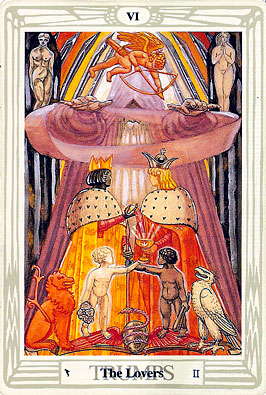 Every year on February 14th, the Valentines assembled in the local town square, according to John Rutheford’s invaluable guide to medieval gallantry, “The Troubadors”. Two couples, dressed as Cupid, Mercy, Loyalty and Chastity would lead a parade of couples around the town, accompanied by trumpeters and banner-bearers.

The procession would end at the local Hotel, where the celebrants performed a “mass” dedicated to the worship of Love. At the close of the ceremony, the couples dispersed, and a silver casket containing the names of all gentlemen present was presented to the ladies.

Each lady drew a slip, and Cupid then brought the ladies together with their chosen gentlemen. The newly formed couples were declared Valentines for the year. Gentlemen were required to be faithful to their ladies for the next twelve months, to provide their ladies with abundant flowers throughout the period, to offer regular gifts to their ladies, to escort their ladies wherever they so desired, to make songs and poems or to engage in jousts in her honor, and to guard her honor jealously. Marriage of any pair of Valentines was strictly forbidden.

As we celebrate today’s secular version of Valentine’s Day, let us all meditate upon the origins of the Feast, and celebrate the mysteries of Love and Life that are the traditional domain of the Goddess and the traditional rewards to those gallant gentle men whose spiritual veneration of the female principle provided entire medieval communities with the blessings of courtly love and chivalric romance, and served as a potent counterweight to the patriarchal, martial values of the feudal society, structured and stratified according to bloodline, personal battle skills and the ability to field a force of loyal soldiers in the quest for ever more lands to govern and control. 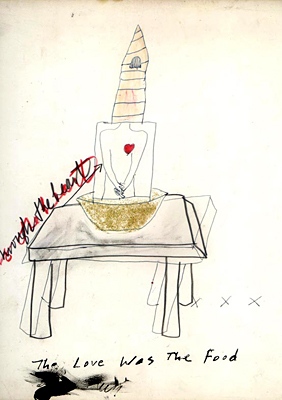 In this time of extreme weather changes, political and personal upheaval, the holidays in the month of February afford us a chance to express both romantic love and agape, brotherly love. Now is, more than ever, the time for the human family to become as one with each other irregardless of religion, culture, education or occupation.

Now is the time to practice loving kindness, compassion and understanding, or where there is incomprehension, at least practice tolerance, keeping an open mind and judging not with the values of any particular tradition but with the values of love, respect for all of life and let the heart lead. Not with angry emotions or judgement, but with the fullness of the radiance of wisdom, no matter that be a small seed or a giant oak.

We pray at this time of the quickening of the year, that earth and all of her peoples, her animals, her air, light, water, earth can be healed. We pray that patience, surrender to the higher good for all, constancy and love walk with us all each and every day that we may make a difference in some small way for both ourselves and for others in our lives.

Happy St. Brigid's Day, Happy Valentine's Day, Happy time to make offerings to the Great Mother that She may be of solace to each and every one!

Picture Credits from top: Picture of Diana of Ephesus from the Temple of Artemis, The Lovers Card from the Crowley Tarot Deck by US Games, Original drawing by Jane Sherry mixed media called "The Love Was the Food".