The Sun has just entered Aquarius, and the Moon is full next Tuesday January 25, 2005, at 6° Leo.The Sabian symbol for 6° Leo is:"A conservative, old-fashioned lady is confronted by a 'hippie' girl; the need to transcend our subservience to fashion, in morals as well as in clothes.This refers to an ever-changing pageant of social values, as ideals of human relationship succeed one another, one generation facing in the next an antithetic picture of what it has been brought up to consider worthwhile and decent. The confrontation may lead to great bitterness, yet it should show us the impermanence of what society impresses upon our collective mentality. A collective, cultural and social crisis which challenges us to realize the relativity of social values."

This week, as George W. Bush is inaugurated President, Americans are being reminded incessantly by the corporate news media that the 2004 election was decided by voters interested in “moral values”.The question of the day is surely – what moral values? How are they defined? What generates “social values” from individual moral values, anyway?

According to the right-wing corporate media, “moral values” are by definition old-fashioned, traditionalist values – anti-abortion, anti-gay, pro-American Empire, pro-American military machine, pro-corporate globalization -- all basically supportive of the right-wing agenda. If we believe the mainstream media, America’s social values map directly onto the agenda of America’s richest individuals and corporations.

But the corporate media cannot really define moral values for society at large. The media can create imagery designed to influence our values, but they cannot command our hearts and minds. That is why advertisers must spend hundreds of millions of dollars every year to sell their merchandise, to create awareness of their brand. Without that continuous, expensive propaganda campaign, consumers would not remember their names, and would not be loyal to their brand.

Why not? Because their brands are virtually interchangeable, and the corporations behind the brands do virtually nothing to win the loyalty of consumers. They have no commitment to quality, service, or value, merely a dedication to generating the maximum profit at the minimum cost to themselves, regardless of any damage done to society as a whole. 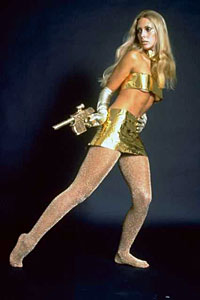 Consumers are encouraged to identify with the images in the commercials, and to believe that if they buy the products they will be more powerful, more free, more hip, sexier, healthier and happier. Consumers are really buying a simulation of reality, and they are unconsciously attempting to acquire desirable values rather than making logical decisions in a free marketplace.

Likewise, our political parties have become virtually interchangeable, and they use mass marketing to sell voters on commercialized, artificial “values” rather than on their positions on meaningful issues. Democrats no longer try to represent the true values of their core constituencies – they see unions, environmentalists, minorities, women and political activists as irritating but necessary components of successful campaigns, whose interests must ultimately be sacrificed in favor of the agenda of America’s large campaign finance contributors in the corporate and private sectors. Instead, Democrats try to sell voters on “values” such as intelligence, reliability, or convivial militarism.

Republicans pay lip service to the values of evangelical Christians and lower-middle class American workers, but their leaders cynically use their core constituencies as cannon fodder while systematically impoverishing them with policies designed to enrich their corporate and private sector campaign contributors.

So it is not surprising that the two parties must now spend $200 million or more each Presidential election cycle to turn out the vote. Just like Coke and Pepsi, Democrats and Republicans depend upon mass marketing to create mass illusions that will resonate with a mass audience, causing large numbers of individuals to mistakenly identify their own best interests with the best interests of the politicians promoting agendas that serve the narrow interests of corporations and rich citizens with big money to invest in party politics. Cynical politicians see this form of mass marketing as defining moral values.

But the definition of moral values is society’s job, not the job of campaign contributors, political lobbyists and consultants in Gucci shoes, or cynical TV journalists whose only loyalty is to their own career advancement. The definition of social values takes place at a largely unconscious level, and is reflected in the choices, actions, thoughts, and feelings of the entire population. The aggregate of these thoughts, feelings and choices creates the “zeitgeist”, or the spirit of the times, which reflects the collective psyche.

At present, the collective American psyche is very conflicted.

We live in a country where the mainstream media and the governing elites increasingly attempt to seduce us into accepting a simulation of reality designed to promote acquiescence to their predatory agenda. 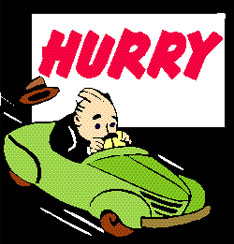 They want to sell us their brand of values. They want us to acquiesce to their reality, and to accept a false definition of our own inner values.

We must be constantly aware of the contradiction between the simulation of reality we see reflected in the mainstream media and the truth as revealed by our own perceptions. There is a TV zeitgeist and there is a psychological zeitgeist that remains hidden from view, yet reflects the truths our political elites would prefer that we ignore.

Saddam Hussein was right. There were no weapons of mass destruction. Bush, and the media, lied.

Social Security is not bankrupt, nor will it be bankrupt any time in the foreseeable future. Bush, and the media, are lying.

Global warming is a real world-wide crisis of monumental proportions. Bush, and the media, are lying when they deny or minimize the facts.

There is a global oil and energy crisis, and the way out is not to wage war on the rest of the world and drill for oil in Alaska. Bush, and the media, are lying when they act as though we can continue to drive SUVs and live in tax-deductable MacMansions without any political or environmental consequences.

The majority of the American people stand for definite moral values – but not the values of right-wing fundamentalist and Republican globalizers and imperialists. Bush, and the media, are lying about that too.

According to a poll conducted by Zogby International after the election, and publicized by the Catholic human rights organization Pax Christi, American voters believe the most urgent moral issues are peace, poverty and greed.Catholic voters overwhelmingly identified issues of economic justice as the greatest moral crisis in our country today. 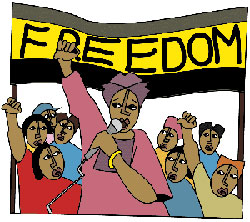 Another recent poll by the Chicago Council of Foreign Relations revealed that a large majority of Americans support the Kyoto protocol to reduce greenhouse gases and combat global warming, and believe the US should utilize diplomatic and political means rather than military confrontation in the “war on terror”. Eighty percent of Americans favor universal health care even if this program requires higher taxes. Large majorities support maintaining the current Social Security program and expanding federal aid to education.

Because the Democratic Party has abdicated its role as the vehicle for the aspirations of American working people, minorities, and environmentalists and now stands opposed to those large social movements working for peace, economic justice, human rights and civil liberties, offering as its platform a watered down version of right-wing Republican corporate globalization and military imperialism, there is no institutional foundation within American society for these majority viewpoints. Without such a foundation, these viewpoints tend to be ignored by politicians and journalists. And perhaps even worse is the tendency to marginalize and demonize these aspirations, these authentic social values as the ravings of liberals and crackpots.

In addition, both parties depend utterly upon the contributions of predatory corporations, and their agendas reflect the agenda of the richest Americans, and the corporations that most benefit from reactionary government policies.

For example: tax cuts for the wealthy and for corporations, cuts in Social Security, and Social Security privatization benefit the richest Americans, the corporate elite, and especially Wall Street brokers and bankers, who have been the largest campaign contributors to Bush and the Republicans.

Empire vs. The Rest of Us

Let there be no mistake. Democrats and Republican are equally devoted to military adventures around the world designed to solidify American power in strategically crucial regions of the world where the bulk of dwindling energy resources are located – the Middle East and Central Asia. The purpose of America’s increased military involvement is to buttress a faltering Empire.

As Asia and Europe become economically stronger and forge increasing ties with one another, and with large, resource-rich Latin American countries such as Brazil and Argentina, America faces a world where China, Russia, Central Asia, the Middle East and Europe contain the major manufacturing centers of the world, the largest economies of the world, the strongest currency in the world (the euro), the largest oil and gas reserves in the world, and close commercial ties that render America increasingly irrelevant.

The World Wars of the Twentieth Century were won by nations that controlled oil resources militarily and managed to cut off their rivals from political and commercial ties to strategically crucial regions of the world. 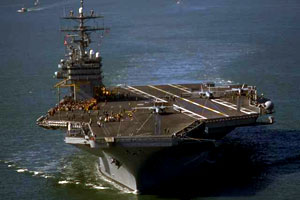 America plans to use its dominant military position to dictate the shape of resource allocation, political systems and commercial and trade relations among the three great power blocks – Asia, Europe and America – and between these power blocks and the resource treasuries of the Middle East and Central Asia.

America’s political and corporate elites and the mainstream media organizations that represent their interests are equally committed to this dangerous, destabilizing and divisive strategy of endless war and global predation.

Thus, Americans who support peace, social justice, environmental sustainability, human rights, civil rights, and economic democracy can easily imagine themselves as isolated in their opinions, opposed by a majority of their fellow citizens and powerless in the face of a united political and corporate elite who control the media, the war machine, the White House, the Congress, and the judiciary.

However it is important to remember that WE are the majority. The predators are the minority. Their will is strong, but the tide of history runs against them. Their projects are built precariously upon the vulnerable shoreline of this historical moment, which has created uniquely favorable, and transient global-historical “weather” conditions for their ascendancy.

As the political temperature of the collective unconscious heats up in response to their naked aggression and the tide of resistance rises around the world, their castles in the sand will be increasingly vulnerable to a tidal change reflecting the true, inner values of the majority of people in America, and around the world. 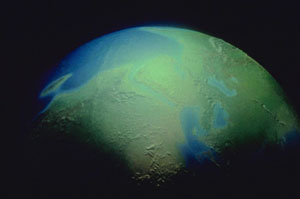 It is true that ultimately, America’s values have the power to determine this country’s future. We must not be fooled by propaganda or marketing messages into giving away our power. We can find strength in the awareness that the majority of our fellow citizens also support humane, spiritual values, peace, and justice.

The task and the challenge facing us at the moment of this month’s Full Moon in Leo is the task of authenticity. We are challenged to connect with our own inner truth and to let that truth be our guide. Our task is to fearlessly express our inner truth in all we do or say.

May Love and Light infuse you and surround you and your loved ones this week. May you aspire to spiritual heights and may you receive the grace and guidance necessary to help you achieve your loftiest spiritual goals.