This unusual and beautiful new water-clear quartz pendant has been named Earth Heart Crystal because of its ability to create a "peaceful refuge in alignament with the deep and pure Heart of the Earth, revealing lessons in Oneness and facilitating humanity in achieving global consciousness." This beautiful pendant is crowned with a large, brilliaint and deeply blue trillion cut Iolite gemstone, and comes complete with its own sterling silver chain in a velvet jewelry box.

When we first worked with this pendant, before the designers had come up with a name, I named it the Medicine Wheel because in working with it, I felt a strong connection to Native American traditions as well as a sense of deep protection, calm & access to my own Higher Wisdom, as well as being connected to a long line of Wisdom Keepers. It is a faceted crystal cut which assists us in accessing the 'Center' of our being, as if we are in a sacred circle! 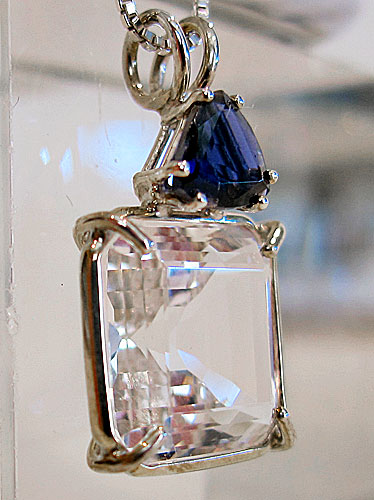 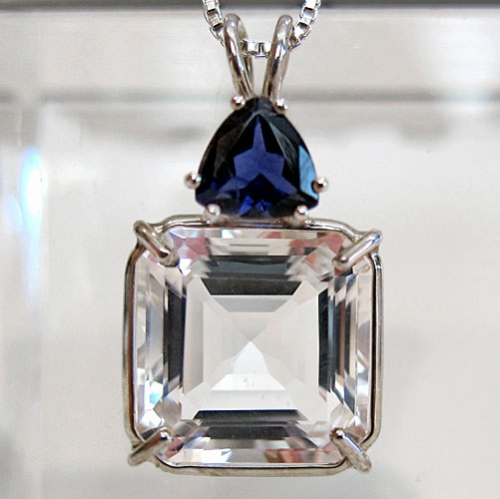 This pendant comes with a simple sterling silver chain which will sit upon the heart chakra, where it will be of most beneficial resonance.

Note: Weight above is shipping weight. Actual weight of this pendant is .24 oz. Each piece is unique and may vary slightly in appearance. Each piece is guaranteed to be beautiful and to meet with your complete satisfaction!