This rare, Large Translucent Tipped Hallelujah Junction Smoky Scepter, in excellent condition, is from Hallelujah Junction in Nevada. These smoky quartz wands are of exceptional quality, with substantial value as mineralogical collector's items, and a unique energy signature that renders them very valuable tools for meditators, engergy healers and Lightworkers. And scepter formations are even more rare!

This scepter wand has a very strong yet gentle healing energy signature and a delightful feel in hand for meditation or any kind of energy work.

It is too bad that this amazing Hallelujah Junction Smoky Quartz Scepter with its large termination 'head' came out of the mountain with a big piece missing off of three of the six termination faces as viewed in the photos on this page. If it were intact, it would more likely cost in the range of thousands of dollars as the scepter formation is so clear and beautifully displayed on top of the dark Smoky Quartz stem. And in no way, does this formation mar the beauty or efficacy of this amazing power wand. 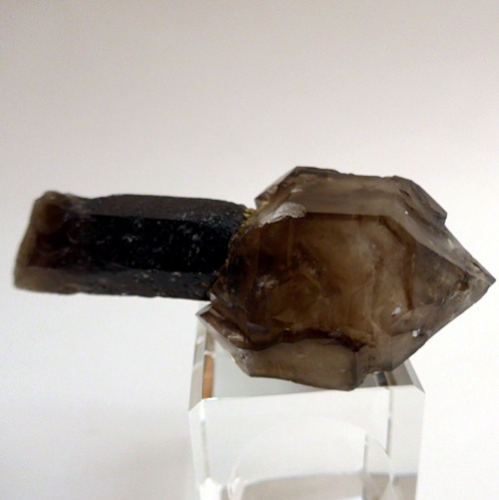 One of the most famous sources of high quality smoky quartz is Petersen Mountain, Nevada, known to rock hounds as Hallelujah Junction. 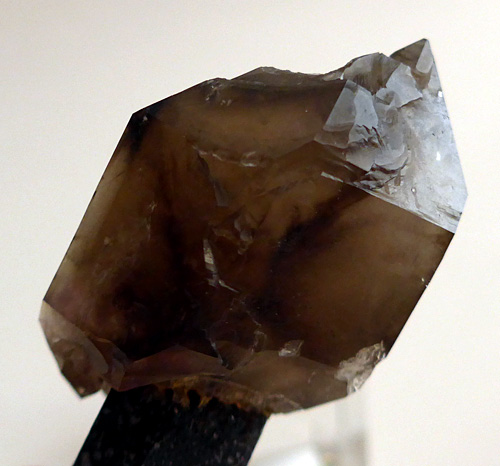 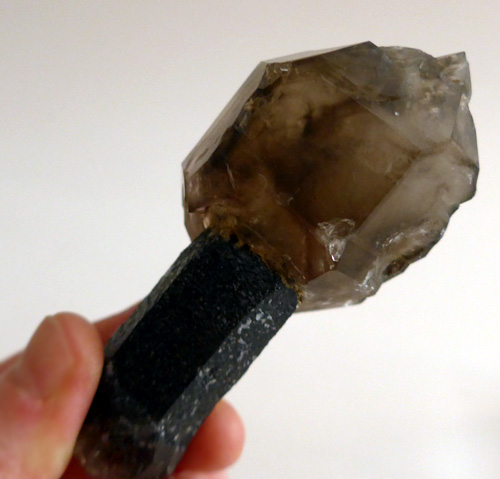 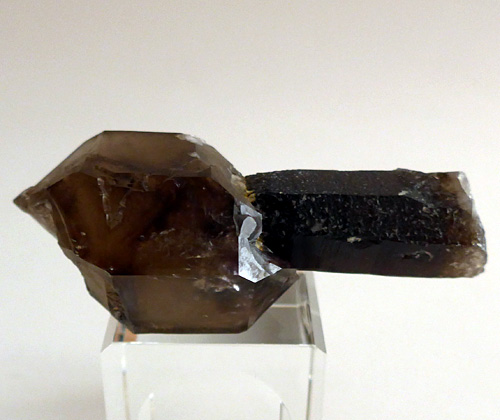 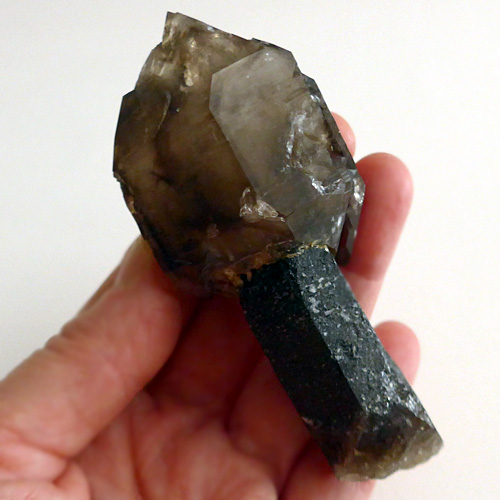 We know you will use this powerful crystal with loving wisdom and respect its long journey in the Earth that has lasted for many long historical cycles. This crystal is a powerful tool, a love-gift from the Divine Mother.

Note: Above weight is shipping weight. Actual Weight is 97 grams or 3.42 oz.