This beautiful pair of Moldavite Faceted Trillion Stud Earrings are set into simple sterling silver basket settings which allow the stones to breath and are made for pierced ears. They have a simple & elegant design and are comfortable to wear. 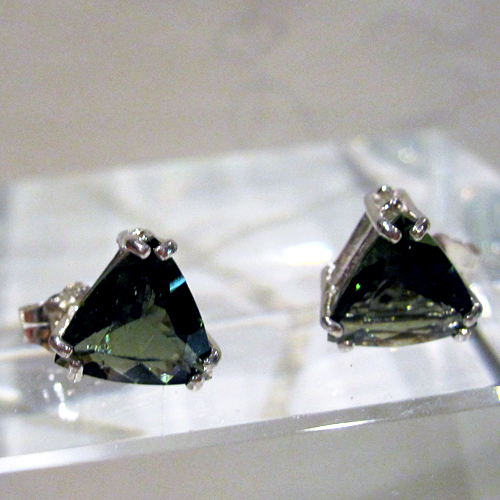 If you want change in your life, Moldavite can expedite that change in a harmonious and deep fashion, connecting you to Source & your own Divinity.