This Magnificent Ruby Red Etched Spessartine Garnet from Pakistan weighs 247 carats, or 1.7 ounces and is 1 3/4 inches long, so it is the ideal size to carry in your medicine bag or hold in the hand during meditation. This is a Lightworker's power tool that is also very much a desirable rare collector's item, prized by mineralogists. 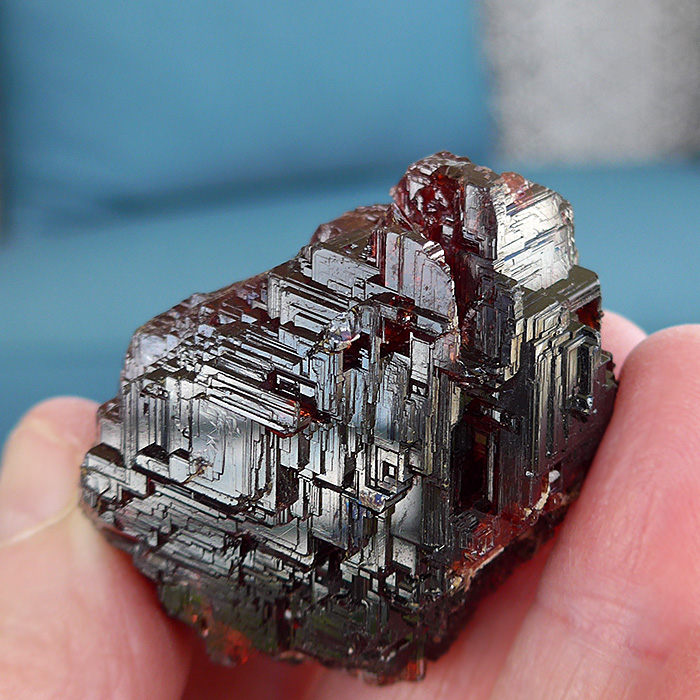 Hold this amazing garnet gemstone up to a strong backlight, and you will see a deep, deep red nimbus of color surrounding the specimen. This specimen is similar in energy to elestial crystals, which have etched turrets rising from the shaft and from surfaces of the quartz termination faces.

You can see traces of the white Albite matrix clinging to this gorgeous garnet in the pictures below. 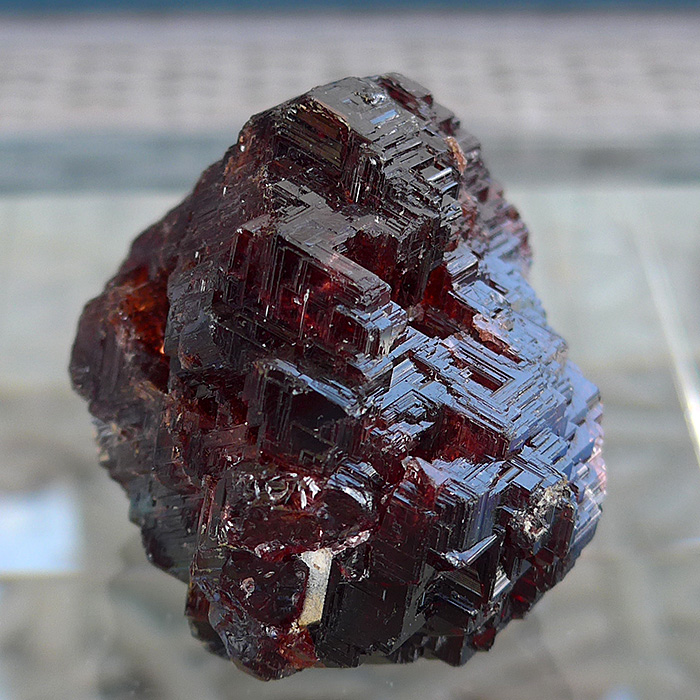 Garnets were traditionally considered stones of protection in both the Middle East and European spiritual traditions, used to ward off demons and evil environmental influences, and to protect warriors in battle.

Garnets were also used as stones of sexual healing, to promote passionate connection between loving partners. Most of all, garnets are the quintessential stone of prosperity, used to manifest abundant wealth and income for millennia in cultures around the world. 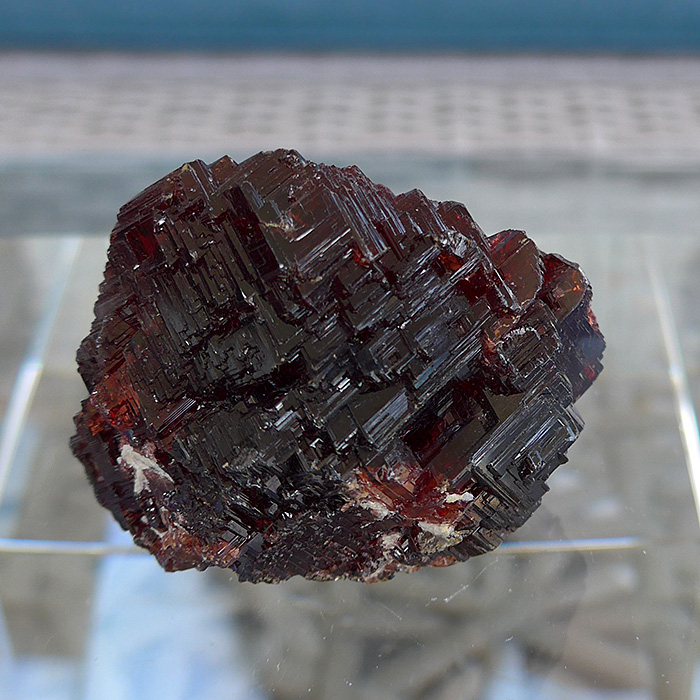 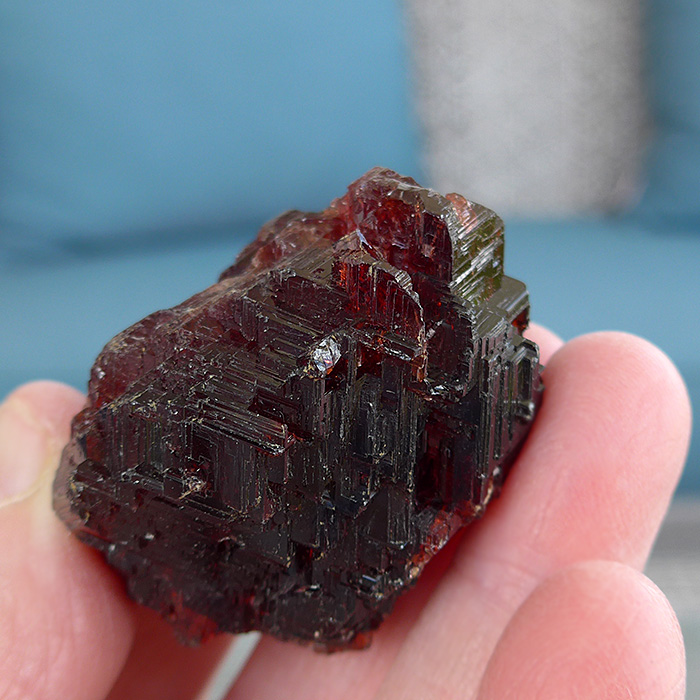 The garnet works to equilibrate, cleanse and energize the root chakra and the second chakra, grounding the bearer, strengthening the bearer's self-confidence and sense of physical security, enhancing the sexual energy, the flow of prana, and the store of universal life force energy in the physical body. 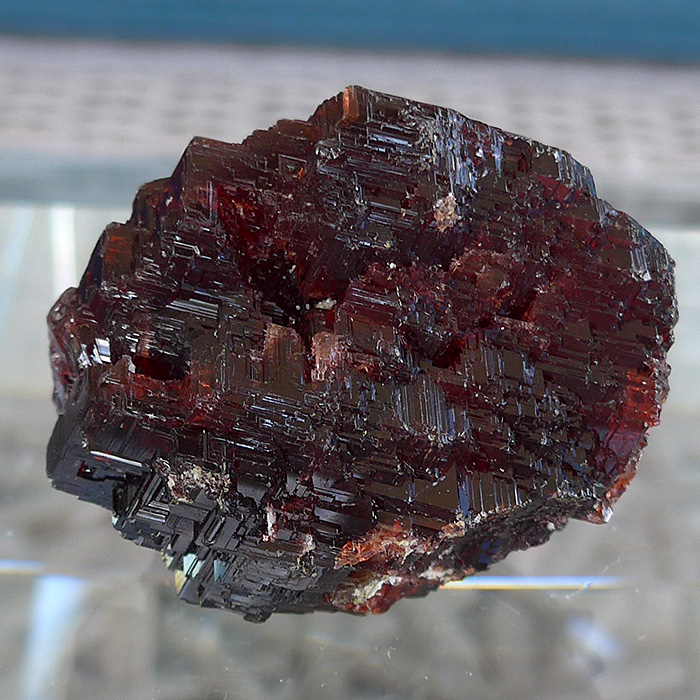 We have found meditation with this type of garnet to be very restorative and have felt a deep connection to a vast "library" of cosmic wisdom contained within these etched Tanzanian garnets, similar to the experience of meditating with an elestial crystal.