This brilliant water-clear AAA quality Etched Elestial Light Laser Wand from Diamantina, in the state of Minas Gerais, Brazil, is virtually flawless. It has both a twin formation and elestial formation visible in these photos.

This highly etched Diamantina wand is composed of two major twin points, with numerous smaller points and turrets crawling up the shaft of the largest point. The formation, the clarity, and the unblemished condition of this specimen are absolutely top quality. 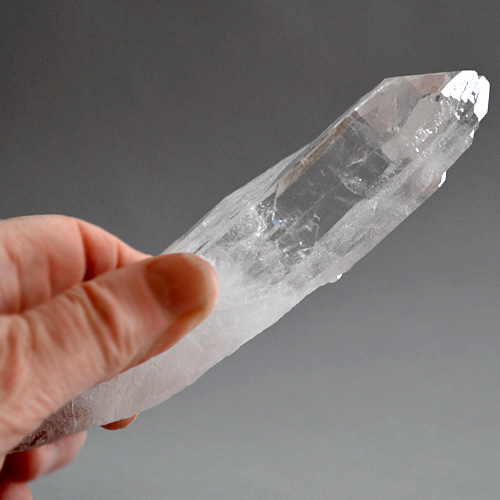 The scintillating clarity of this Diamantina piece cannot be overstated. The pictures on this page cannot do this piece justice. It is a true mineralogical collector's item as well as a Lightworker's power tool. The energy signature of this outstanding and unique quartz crystal is like the energy of a clear cold mountain stream, high above the treeline. This is a perfect crystal for cleansing, clearing and recharging work, for healing and for meditation.

This gorgeous, unblemished water clear Elestial Wand will be an energizing presence on your altar, desk, or side table, in your den, office, or bedroom, and it's not too big to hold in the hand for crystal healing work or during meditation. 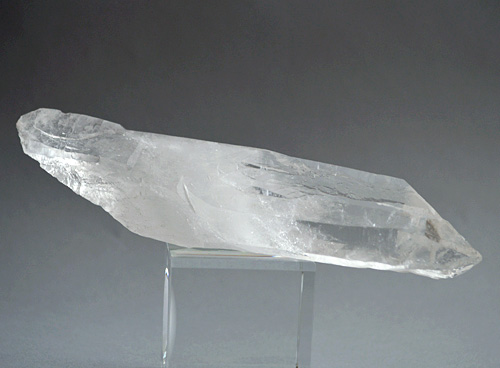 Twin crystals help unite individuals and groups. Twin crystals are said to unite our Earthly energies with energies from higher worlds, so this Twin should be a powerful tool for channeling and for development of clairvoyance and clairaudience. 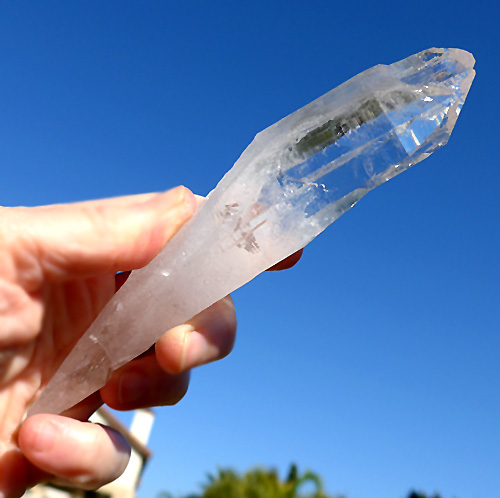 Elestial crystals such as this Diamantina Wand exhibit layers of etchings and small extrusions in the form of points and turrets on the outer faces of the crystal.

Elestial crystals function as "library crystals", providing access to information acquired during the long geologic ages of the crystal's formation, including metaphysical information gathered during this period of crystalline growth. 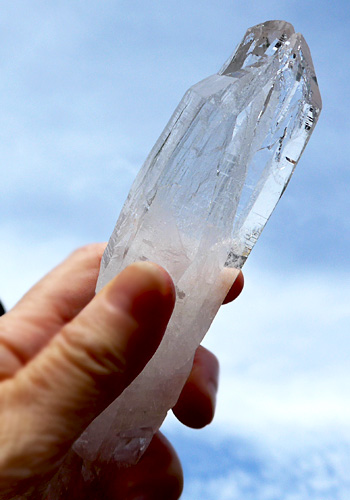 "The elestial can be used to stabilize brain wave frequencies and to ameliorate erratic and or confused thoughts," says crystal healer and author Melody. "It can further assist in producing an expanded state of awareness and an ecouraging energy to speed one toward the light. It assists one in summoning vitality in order to produce advancement towards the eternal brilliance of the spiritual self." 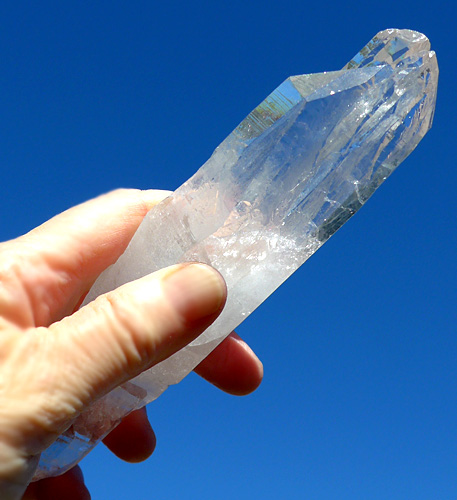 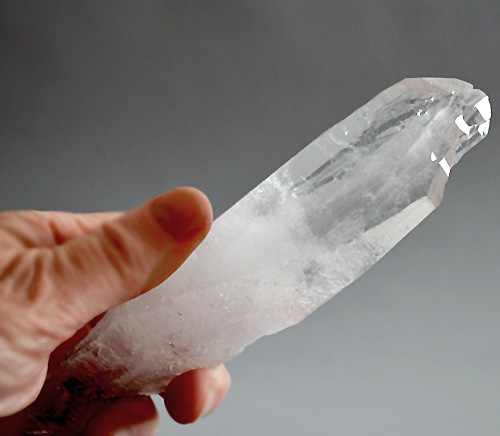 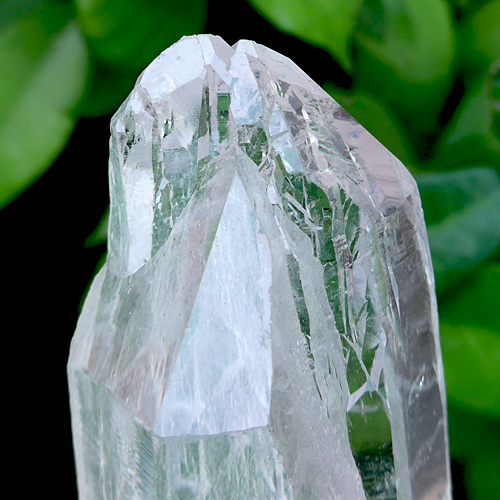 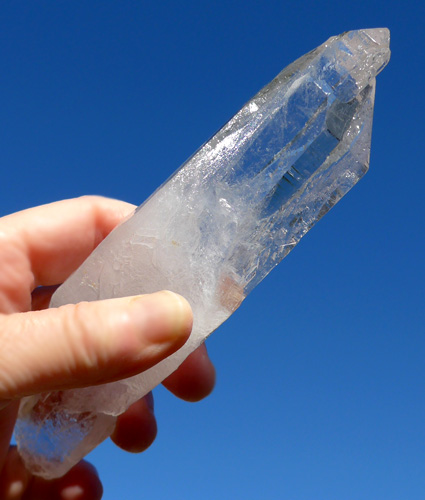 Thus in the Native American tradition, any human being who can attune to the power of the quartz crystal is in tune with Grandmother Earth, and obtains the ability to communicate directly with Spiritual worlds. Read more about using crystals in the article "Using Quartz Crystals in Digital Technology, Healing and Meditation".