We are adapted to survive mild exposures to radiation. After all, the sun is a kind of controlled nuclear bomb and it releases a lot of radiation. Of course, this radiation, and man-made radiation, can also cause cancer and a host of short- and long-term health problems. 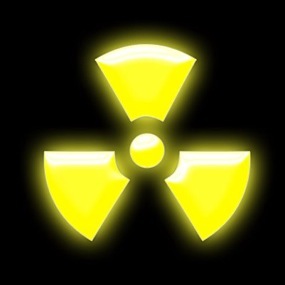 Whether you are worried about the radiation from dental x-rays, a mammogram, or fallout, here are some Wise Woman Ways to help you stay healthy. (If you are using radioactive therapies in your cancer treatment, there is a chapter full of information specifically for you in Breast Cancer - Breast Health! The Wise Woman Way.)

~ Japanese researchers found that diets high in carotenes significantly reduced DNA damage in humans exposed to radiation. Supplements of beta-carotene (or of vitamins C or E) did not show this effect. Eating lots of orange and dark green foods (sweet potatoes, winter squash, beets, carrots, kale, collards, chard, and spinach, for example) can protect you from radiation-induced cancers.

~ Envision yourself and all your cells protected from damage. (One woman wrapped herself in psychic lead.)

~ Choose an image, an icon, something meaningful to you, as a focusing agent. Put your affirmations, blessings, prayers, visualizations, and healing love into it, for easy access when you need help.

~ Miso broth is the classic food for prevention of radiation damage. There’s twice the protection if a quarter-ounce/5 grams of dried kelp seaweed is added to the soup. In scientific studies, seaweed was able to neutralize radioactive isotopes in the human body. Researchers at McGill University say radioactive strontium binds to the algin in brown seaweeds to create sodium alginate, a compound easily and harmlessly excreted. Common black tea exhibited the same anti-radiation effects in several Japanese studies.

~ In Fighting Radiation and Chemical Pollutants with Foods, Herbs, and Vitamins (Vitality, 1991), Steven Schecter tells us that both black and green tea showed "radioprotective effects" whether taken before or after exposure to radiation. Among other modes of operation, tea catechins absorb radioactive isotopes and remove them from the body before they do damage. The action is similar he says, to that of sodium alginate (the "active ingredient" in kelp seaweed).

~ Eating any amount of reishii (a mushroom) reduces damage from radiation. 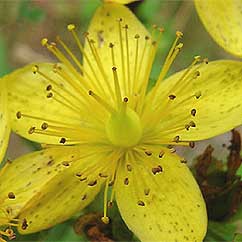 ~ St. Joan’s/John's wort oil protects my skin from radiation damage. I use it as my only sunscreen (and I am outside a lot) and find it not only immediately effective in preventing and treating sunburn, but even more protective with continuing use over years.

~ Burdock root (Arctium lappa) removes radioactive isotopes from the body. A dose is 1-4 ounces/300-120 grams of cooked fresh root, up to a pint of infusion daily, or several large spoonfuls of vinegar (but only if made with fresh roots).

~ Homeopathic remedies can be taken before and after exposure to radiation: Plumbum (lead) is said to help those who feel overwhelmed and in need of protection. Belladonna is used to prevent and relieve radiation burns and pains - even long after the immediate exposure. 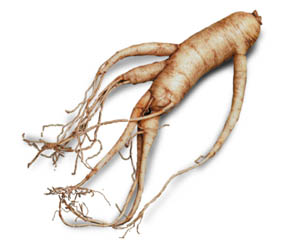 ~ In clinical trial with humans, those who took ginseng extract (Panax quinquefolium) for thirty days following exposure to radiation showed hastened recovery from injuries to their bone marrow, organs, skin, and blood cells according to Paul Bergner in The Healing Power of Ginseng, The Enlightened Person's Guide, Prima, 1996. He quotes Japanese researcher Dr M. Yonezawa as saying that "ginseng appears to be the most useful agent available for protection against radiation damage."

~ It’s important to keep yourself well nourished if you are exposed to radiation. Make it a habit to drink at least two big cups of nourishing herbal infusion daily. Nettles, red clover, and violet leaves supply generous amounts of the nutrients you need most: protein and minerals, especially potassium and zinc.

To make a nourishing herbal infusion:

~ Put one ounce of dried herb into a quart jar; fill jar to the top with boiling water and cap tightly.

~ Strain after 4-8 hours and drink hot or cold.

~ Refrigerate what you don't drink right away; drink that within a day.

To make a vinegar:

~ Fill any size jar with fresh herb (best!!) or one quarter full of dried herb (not nearly so good).

~ Cover with plastic wrap or a cork.

~ Label with date and name of plant.

~ Decant into a pretty bottle and use to season soups, beans, and salads.

This is the Wise Woman Way the world 'round. Take good care of yourselves. Green blessings to all.

(Reprinted with the author's kind permission.)

If you liked this excerpt by Susun S. Weed, you will want "New Menopausal Years the Wise Woman Way" available from Ash Tree Publishing.

SusunWeed, green witch and wise woman, is an extraordinary teacher with a joyous spirit, a powerful presence, and an encyclopedic knowledge of herbs and health. She is the voice of the Wise Woman Way, where common weeds, simple ceremony, and compassionate listening support and nourish health/wholeness/holiness. She has opened hearts to the magic and medicine of the green nations for three decades. Ms. Weed's four herbal medicine books focus on women's health topics including: menopause, childbearing, and breast health. Visit her website  for information on her workshops, apprenticeships, correspondence courses and more! Browse the publishing site Ash Tree Publishing to learn more about her alternative health books. Venture into the NEW Menopause site to learn all about the Menopausal Years the Wise Woman Way Read Susun's bio.