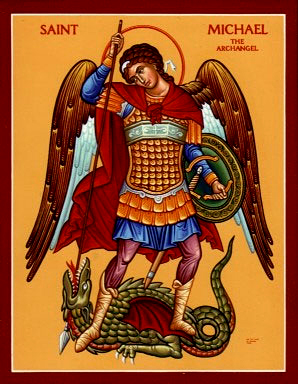 I am a committed pacifist. And I don’t believe in a personified devil or even an external force that might be called evil. So I was not immediately drawn to the Archangel Michael, famous for charging forth with sword uplifted to smite the Enemy in the name of God.

As I delved deeper into the Michael material, however, two things struck me and expanded my perspective on this important figure. First, Michael represents the Spiritual Warrior inside each of us, who, with unconditional love in his heart, is willing to stand up for what he believes is right. Second, the weapon Michael wields is what the Buddhists refer to as the Sword of Discrimination, which cuts through illusion and lays the truth bare. Who couldn’t use a dose of this medicine?

The spiritual warrior is committed to non-violence in all his relationships.

The conflict he engages in is the battle within. This is the struggle to discern his true calling from the endless stream of life’s distractions. It requires great courage and forbearance to step onto the inner battlefield and strike down whatever internal demons stand between our real self and our false self.

The spiritual warrior is the most peaceful person in the community. Because he has dedicated himself to truth at all costs, he is incapable of engaging in any behavior that creates misunderstanding or strife. He is the champion of those who suffer and the protector of those who long to be free. In ancient England, he is represented by Saint George, the legendary dragon slayer.

The spiritual warrior wields the sword of discrimination. With this weapon always at his side, he is ready to cut through illusion and liberate that which is real. He is never unkind, but he is not always gentle. He is perpetually honing his blade, and his powers of detection are sharp. When he perceives falsehood, he names it, and then he destroys it. He is not afraid. He has nothing to lose.

We fearlessly fling open the doors of our own conscience and examine what we find there. Where we see petty jealousy, we smite it. Where we see irritability toward people with whom we share our lives, we banish it. Where we see selfishness, indolence, and cynicism, we cut them out of our hearts.

Have we engaged in activities we have elevated to such exalted status that they have replaced God in our lives? Are we worshipping money and the objects money can buy? Have we made substances our gods, and addiction our primary form of devotion? We can ask to borrow Michael’s sword and cut through the tentacles we have wrapped around our lives. 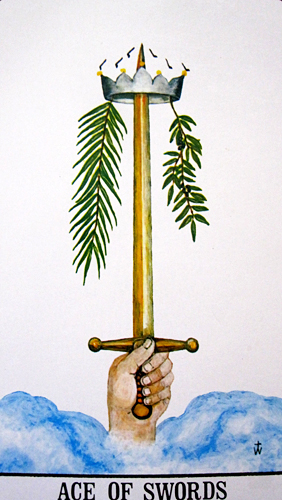 Have we resigned ourselves to allowing injustice to unfold in a situation over which we feel we have no control? If we ask Michael, he will show us that we not only have the power but the obligation to stand up for the rights of the oppressed.

Have we been reluctant to excavate our souls and psyches for fear of the darkness we might find there? If we call on him, Michael will infuse us with courage and strength to enter the interior wilderness and banish the demons that keep us on the periphery of authentic existence. Michael invites us to cultivate our curiosity and challenge ourselves to place the Divine at the center of everything we do and everything we are.

Michael is also the angel to whom the Holy One assigned the task of delivering the souls of the deceased to the heavenly realms. The Archangel fulfills his role with unutterable tenderness and respect. This has earned Michael the love of people of faith from diverse spiritual traditions throughout time.

Michael is the angel of protection. He is invoked in times of danger. Whenever we feel the spirit of evil playing around the edges of our world, we may call on the Archangel Michael to surround us with a shield of divine light to keep us safe from harm. Michael’s mission is more global than personal. Throughout the ages, the Archangel has appeared in support of those human beings who are taking on some vast task on behalf of humanity, such as Abraham, Sarah, Moses and Joan of Arc.

While Michael has historically limited his exalted appearance to celebrated servants of humanity during times of global crisis, people of all statures and spiritual orientations have reported a very personal sense of connection with the Archangel in the face of great danger. Michael medicine is powerful, and not to be taken casually. But when the need is strong, turning to Michael could be the perfect remedy. 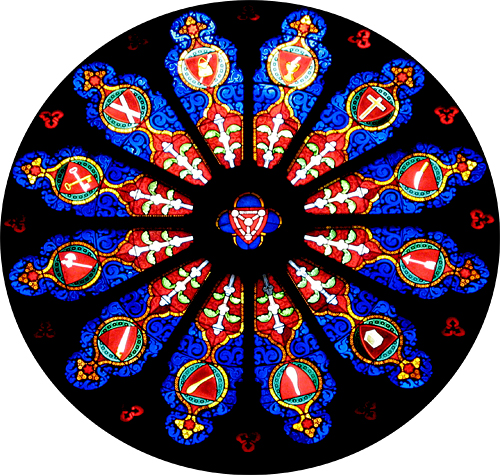 A Prayer to Archangel Michael

Protect me from my own false self,

which tempts me with comfortable ignorance

and threatens to lull me to sleep.

Call me to my God-self,

Defend me, too, against

the forces of darkness in the world around me.

Help me to discern that which is truly negative

from that which merely threatens my complacency.

Shield me in the shadow of your vast wings,

so that I may take refuge and grow strong.

Then, let me be a beacon of light and justice

to a world struggling for true righteousness.

O chief of the tribe of angels,

place your sword of unconditional love

Give me the courage

to cut through illusion

and set the truth free.

Let me wield this divine weapon

with clarity and compassion.

Let me be fierce and humble.

Let me place the greatest good

of all who suffer

above my own comfort.

when my time comes

to leave this world of form

and return to my divine source,

as you have carried my ancestors

since the creation of humankind

home to the Supreme Light

that gives birth to us all

and lovingly receives our souls

when our work is finished.

Photo Credits: All St. Michael pictures from the public domain. Photo of Ace of Swords card is from the beautiful Robert Wang Tarot Deck. Photo of Stained Glass Mandala taken by Jane Sherry at the Serbian Orthodox Church in NYC. Photo of the author by Lenny Foster from the author's website. 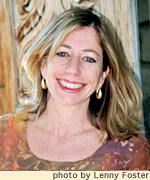 © 2007 by Mirabai Starr, excerpted from her book Saint Michael the Archangel, published by Sounds True as part of their series, Devotions, Prayers and Living Wisdom, www.soundstrue.com (a review of the series appeared in Light of Consciousness, Summer 2008). Mirabai Starr is the author of highly acclaimed new translations of the writings of St. Teresa of Avila and St. John of the Cross.  She teaches philosophy and world religions at the University of New Mexico. Contact Mirabai to let her know you saw her article at Satya Center!

Mirabai has been an adjunct professor of Philosophy and World Religions at the University of New Mexico-Taos since 1993.  Her emphasis is on making connections between the perennial teachings found at the heart of all the world’s spiritual paths, in an effort to promote peace and justice.  She is also a certified bereavement counselor, who helps mourners harness the power of grief and loss for healing and transformation.

Truth Consciousness, founded in 1974 by Prabhushri Swami Amar Jyoti, maintains Ashrams and Spiritual Centers in the United States devoted to the principles of Truth and Dharma (Righteousness) and the freeing of human consciousness into Divine Consciousness.

The spiritual awakening on earth that Swami Amar Jyoti reveals is the glorious destiny of mankind, once freed from our limited identity of self. Lovingly and ceaselessly, He continues to uplift and purify each of us for this awakening, for His way is the ancient relationship of the Guru to the disciple, the candle lit directly from the burning flame of Truth. He constantly reminds us that we are at a breakthrough into a new age, where religions will be transformed into direct awakening and communion with our Highest Source. Like a mother whose love knows no bounds for her child, the Guru guides and nurtures the disciple on his or her own path to perfection, revealing in Himself the attainable Reality of God Consciousness.

[Note: Curtis Lang & Jane Sherry, Founders of Satya Center highly recommend that you order a subscription to their beautiful, uplifting & inspiring magazine Light of Consciousness and sign up for their free e-newsletter which you can do by phone or at their website.