The Environment is NOT an Afterthought

While the financial markets have been melting down around us, another sort of meltdown has been occurring, one even more frightening and dangerous. 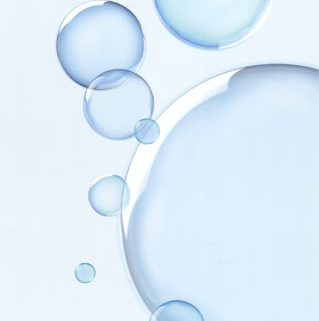 Climate change has been progressing, more quickly than anticipated, fueled even more rapidly by methane bubbles released from a warming Arctic sea, in just one of the self-reinforcing cycles that will trigger unstoppable cascades of devastation unless we act now.

None of the presidential debates have addressed the central question of our time:  can we transform our energy, our economy, our food systems and our culture rapidly enough to forestall complete global meltdown?

The present economic woes are frightening, but the environmental crisis is truly terrifying. With all the furor about falling markets and frozen credit, nothing real has changed in the economy. Granted, the repercussions will be that many of us have less money in our pockets and fewer opportunities.  But we still have the natural resources we had a month ago.  We still have our skills, our knowledge, and our productive capacity.  What we’ve lost is a towering edifice of icing with no cake underneath.

But environmental meltdown means we lose the real basis of economy and survival.  We will see more and more devastation like we’ve seen in the Gulf Coast.  We’ll see droughts, floods, lowered food supplies, huge losses in biodiversity and ecological resilience, rising seas that will take out major cities around the world, and all the associated problems of poverty, starvation, refugees and resource wars.  Time is not running out—it’s out!  What we do now and in the next ten years is absolutely crucial. 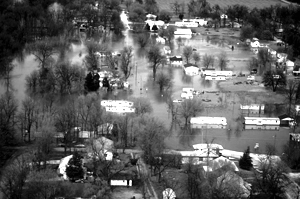 The good news is, we don’t have to take the path to disaster.  We have the knowledge and technology we need to make the change.  But our politicians, even the best of them, won’t do it unless we make it a top priority.

To do that, it helps to know what the solutions are.

In November, I’ll be presenting at an interfaith conference on climate change called by the archbishop of Sweden.  In preparation, I started writing a Climate Change Primer, trying to briefly list the most important technologies and approaches.  It kept growing, and eventually became too big to send out as an email.  But go to the link below and you can read it or download it as a PDF. If you want to better understand the issue and the spectrum of solutions we need to put into place, it’s a good introduction.  If you are a policy maker or an activist who likes to hound and harass policy makers to do the right thing, it’s a good guide.  And if you’re thinking about how to invest your own time and energy and/or such dwindling funds as you might have, it will suggest fruitful avenues and new approaches.  And here’s the link.

And below are a few short, short, short lists to help get us thinking about what priorities we should push for:

Things we can do right away in a lousy economy:

--Conserve. Obama almost said the ‘C’ word in the debate—and you would think this is something radicals, liberals and conservatives would all agree on, as it requires no funding or investment and can produce huge rewards.  If we had continued to conserve energy at the rate we did in the 1970s, we would be energy independent today! 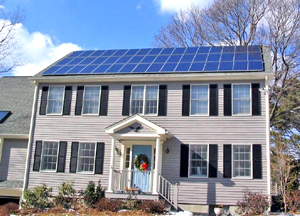 --Put caps on carbon emissions for big users that will decline over time to zero by 2050 or sooner. (There’s a longer discussion of this in the Primer.)

--Take up Al Gore’s challenge to generate 100 per cent of our energy from renewables within ten years.

--Sequester carbon by building healthy soil through organic farming, no-till techniques, and planned rotational grazing. (More on this on the website.)

--Bring the troops home—war has a carbon cost as well as a human cost and a financial cost. Employ diplomacy, not troops.

--Ratify Kyoto—no, it’s not nearly enough but gosh, if we can’t even do that, how are we going to have any global credibility on this issue?


Low Hanging Fruit: (Technologies and solutions that are already up and running, or nearly so, that have the best Energy Return on Energy Investment, will meet the least resistance and will give the biggest bang for the buck in the short run.)

--Onshore and offshore wind—already up and running.

--Concentrated Solar Power and solar thermal on both large scale and home scale.

--Electric cars and plug-in hybrids—in production or on the verge.

-- Economies of scale —government purchasing agreements, tax credits, rebates or cost-shares or loan guarantees for purchasers can help replace our current transport fleet.  Mandates for energy efficiency and requirements for zero-carbon vehicles, as were once in place in California, can support their production and adoption.

--Biofuels from waste and recycled materials and algae.

--White roofs. (A study from the Lawrence Berkeley labs suggest that white roofs not only save cooling costs but radiate heat outward and on a large scale, could have a major impact.)

--Forest protection—a moratorium on the logging of old growth.  Tree planting and restoration.


Vital Investments: Even in a lousy economy, we absolutely need to do these things, and they will provide jobs and a vital economic stimulus:

--The national grid needs to be upgraded to be able to handle distributed sources of energy and Vehicle to Grid technology.

--Infrastructure for renewables needs to be built on the large scale.

--Training programs and green jobs in the inner city.

--Job training for the unemployed in green industries and regenerative agriculture.


Long term investments: (Things we need to invest in now for the long term future.  If we’re going to borrow billions, let’s spend them on:)

--Public transportation in and around cities.  Making it efficient, cheap, easy and fun.

--Trains, busses, and other forms of transport to get people out of their cars.

--Research on all the promising technologies:  new batteries and forms of energy storage, wave and tidal power, hydrogen from renewables—as a store for energy and as a replacement fuel for air travel. Aquaculture to produce biofuels. And so many more…(see that website for the full list!)

--Forest and wildland protection in large blocks to allow plants and animals room to migrate in response to climate change.  Habitat protection and restoration.

--Quality education at every level on the environment. 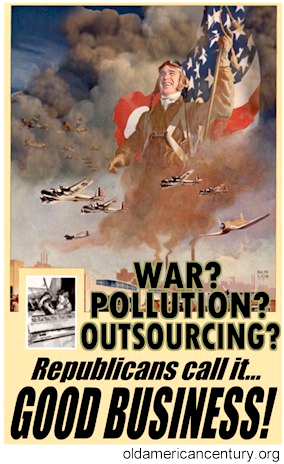 Really Stupid Ideas We Should Oppose:


--Nuclear Power: It’s not quick to build or license safely, it’s not safe—low level radiation is proven to cause cancer and other diseases.  We still don’t know how to safely store the wastes.  To build a plant we actually produce huge amounts of carbon emissions as cement is one of the big carbon hogs.

-- Offshore drilling and drilling in the Arctic National Wildlife Refuge—The U.S. has 3% of the world’s oil reserves and uses 25% of the energy.  We can’t drill our way into energy independence, and drilling that compromises the safety of fragile ecosystems can cause irreparable damage for small, short-term gains.


We need to wean ourselves off fossil fuels, not drill for more.  And new oil fields won’t come on line for over a decade and require huge energy investments to develop.

--Cutting down rainforests to produce corn or palm oil for biofuels

--Solving problems with guns and weapons.

And if there’s one important message we send, make it this:

The environment is not an afterthought:  it’s the ground of economy, security and survival. Environmental protection, environmental justice and regeneration must be our top priorities, because they are the only sound foundation for every other endeavor.