Hannukah, the Jewish Festival of the Lights, begins at sunset on Tuesday, December 12th, 2017 and is celebrated until sunset on Sunday December 20th, 2017. The Hannukah celebration is tied to both lunar and solar festivals. 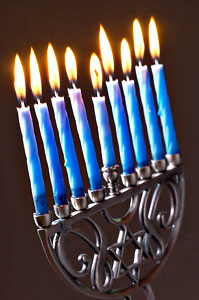 Hanukkah begins three days before the new moon closest to the Winter Solstice. Hanukkah commemorates the military victory of Judas Maccabeus over the Syrian ruler Antiochus IV which resulted in the Jewish people regaining Jerusalem from their enemies.  Hanukkah also celebrates the subsequent rededication of the temple in Jerusalem.

After many years of war and persecution, the Jewish people, who had been in exile, returned to their temple in Jerusalem, which lay in ruins. The Jews began rebuilding the Temple of Jerusalem in 165 B.C. When they came to rededicate the Temple they found only one small flask of oil with which to light the menorah, or temple candleholder, which illuminated the sacred texts. This flask contained only enough oil for one day, yet the lamp burned for eight days (by which time a fresh supply of oil was obtained).

On the first night of Hanukkah, one light is lit. On each successive night a light is added until the eighth night, when all the lights are lit. The addition of light recalls the greatness and growth of the miracle. Candles are placed in the menorah from right to left, but lit from left to right. The highest candle, known as the Shamash or "servant", is used to light the other candles. Blessings are recited each night before the lights are kindled.

Hannukah recapitulates the basic Solstice themes of resurrection, this time of a temple, and of an entire people, the return of the light, and the waxing and triumph of the light.

In Iran, the Winter Solstice is the time of the Feast of Shab-e Yalda. “In most ancient cultures, including Persia, the start of the solar year has been marked to celebrate the victory of light over darkness and the renewal of the Sun,” explains Massoume Price in his article on Yalda on Farsinet.

“For instance, Egyptians, four thousand years ago celebrated the rebirth of the sun at this time of the year. They set the length of the festival at 12 days, to reflect the 12 divisions in their sun calendar. They decorated with greenery, using palms with 12 shoots as a symbol of the completed year, since a palm was thought to put forth a shoot each month.”

“The Persians adopted their annual renewal festival from the Babylonians and incorporated it into the rituals of their own Zoroastrian religion. The last day of the Persian month Azar is the longest night of the year, when the forces of the Dark Lord Ahriman are assumed to be at the peak of their strength. While the next day, the first day of the month ‘Day’ known as ‘khoram rooz’ or ‘khore rooz’ (the day of sun) belongs to Ahura Mazda, the Lord of Wisdom. Since the days are getting longer and the nights shorter, this day marks the victory of Sun over the darkness. The occasion was celebrated in the festival of ‘Daygan’ dedicated to Ahura Mazda, on the first day of the month.”

“‘Day’ Fires would be burnt all night to ensure the defeat of the forces of Ahriman. There would be feasts, acts of charity and a number of deities were honored and prayers performed to ensure the total victory of sun that was essential for the protection of winter crops. There would be prayers to Mithra (Mehr) and feasts in his honor, since Mithra is the Eyzad responsible for protecting ‘the light of the early morning’ known as ‘Havangah. It was also assumed that Ahura Mazda would grant people's wishes, specially those with no offspring had the hope to be blessed with children if performed all rites on this occasion.”

“One of the themes of the festival was the temporary subversion of order. Masters and servants reversed roles. The king dressed in white would change place with ordinary people. A mock king was crowned and masquerades spilled into the streets. As the old year died, rules of ordinary living were relaxed. This tradition persisted till Sassanian period, and is mentioned by Biruni and others in their recordings of pre-Islamic rituals and festivals. Its' origin goes back to the Babylonian New Year celebration. These people believed the first creation was order that came out of chaos. To appreciate and celebrate the first creation they had a festival and all roles were reversed. Disorder and chaos ruled for a day and eventually order was restored and succeeded at the end of the festival.” 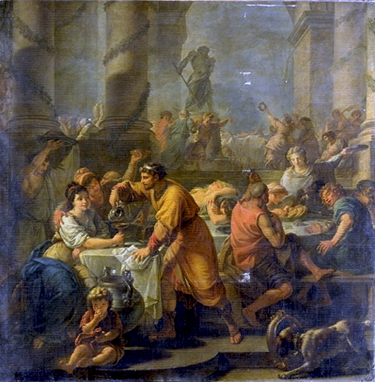 “The Egyptian and Persian traditions merged in ancient Rome, in a festival to the ancient god of seedtime, Saturn. The Romans exchanged gifts, partied and decorated their homes with greenery. Following the Persian tradition, the usual order of the year was suspended. Grudges and quarrels forgotten, wars would be interrupted or postponed. Businesses, courts and schools were closed. Rich and poor became equal, masters served slaves, and children headed the family. Cross-dressing and masquerades, merriment of all kinds prevailed. A mock king, the Lord of Misrule, was crowned. Candles and lamps chased away the spirits of darkness.”

Saturnalia runs from December 17 -22, beginning not long after the full moon and ending on the Winter Solstice.

“Another related Roman festival celebrated at the same time was dedicated to Sol Invictus (the invincible sun). Originally a Syrian deity, this cult was imported by Emperor Heliogabalus into Rome and Sol was made god of the state. With the spread of Christianity, Christmas celebration became the most important Christian festival.

“In the third century various dates, from December to April, were celebrated by Christians as Christmas. January 6 was the most favored day because it was thought to be Jesus' Baptismal day (in the Greek Orthodox Church this continues to be the day to celebrate Christmas).

“In year 350, December 25 was adopted in Rome and gradually almost the entire Christian Church agreed to that date, which coincided, with Winter Solstice and the festivals Sol Invicta and Saturnalia.

“Many of the rituals and traditions of the pagan festivals were incorporated into the Christmas tradition and are still observed today.” 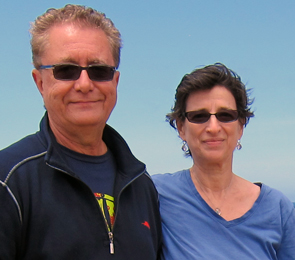 “Giving Thanks” by Jane Sherry

After a year of complaining

a friend sent me a poem.

Such a turbulent time

any crab would want to hide.

it was torch to my dry tinder

and all that, so last night

I began my own

Thanks to the rains!

Thanks for my warm dry bed.

Such a turbulent time

any crab would want to hide.

Thanks to all those in whose

may we help in the ways

we are best suited.

Thanks for the blessings

of the elders for it is

have so moved me.

Meditation Moment: on the Quail

“Quail teaches about mysticism and enlightens you about your soul name and purpose. He is about nourishment of the soul, family, teaches how to elude problems, spot danger, and safety issues. Are you spending enough time with family? There are safety in numbers, perhaps you need to socialize? Quail also aids in awareness of dangers and gives you the quickness and camouflage you need in time of crisis. Are you blending in? Should you at this time? Quail will show you much about movement and taking opportunities when they are right. Allow quail to teach you this fine arts. It is time to be aware of what is going on around you.”